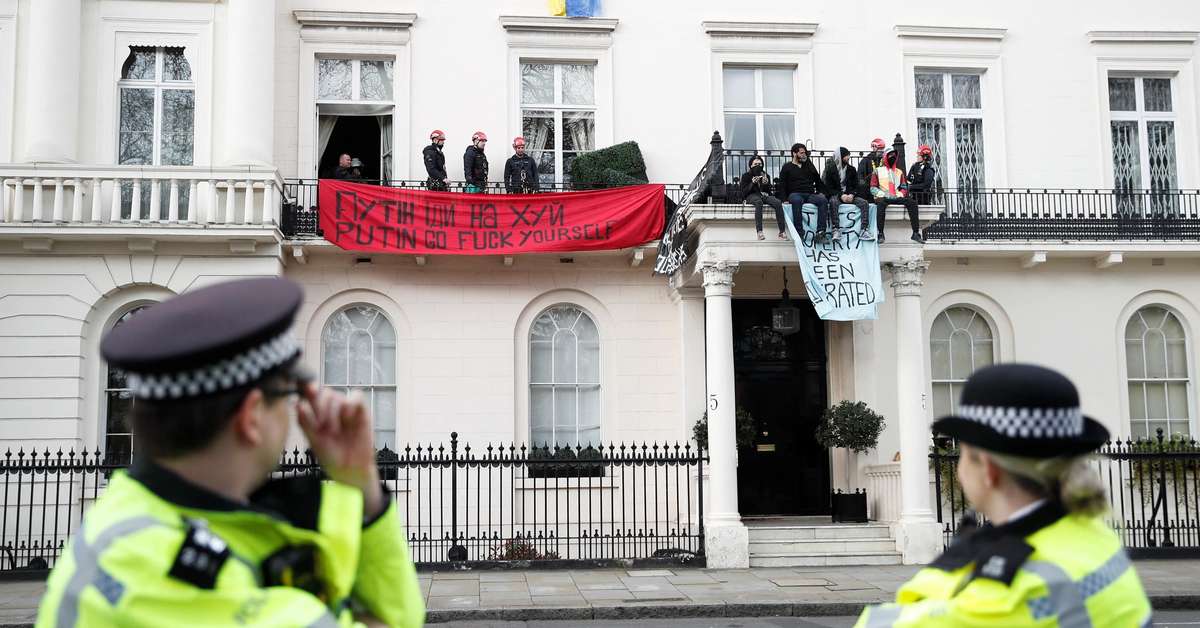 In an act against the war in Ukraine, activists occupied a mansion in London in the early hours of Monday, 14. The property would be owned by Oleg Deripaska, a Russian billionaire targeted by sanctions in the United Kingdom.

According to the Reuters news agency, the mansion dawned with a Ukrainian flag and a banner saying ‘this property has been released’.

British police were called to the scene, an upscale area of ​​London that is home to several embassies. The police officers reported that they entered the mansion, but that there was no one inside.

In the images of the occupation, the activists appear occupying the balcony of the mansion. “We continue to talk to the occupants, trying to ensure everyone’s safety,” police said.

Until around 3:45 pm, the mansion was still occupied.

Mansions can become shelter for refugees

The homes and properties of sanctioned Russian oligarchs could be used to house refugees from Ukraine in the UK, Housing Secretary Michael Gove told the BBC.

“There’s a pretty high legal barrier to cross and we’re not talking about permanent confiscation.”

“But we’re saying, ‘You’re sanctioned, you’re supporting Putin, this house is here, you have no right to use it or profit from it… If we can use it to help others, let’s do it.” said Gove.

Since the start of the Ukrainian War, Russia has been subject to various sanctions in an attempt to pressure an end to the 19-day conflict. At least 636 civilians had died in Ukraine as of March 13, including 46 children, according to UN figures.

But the actual number of casualties is likely much higher, it said, as there have been delays in receiving and corroborating reports from places with intense hostilities such as Kharkiv and Mariupol.