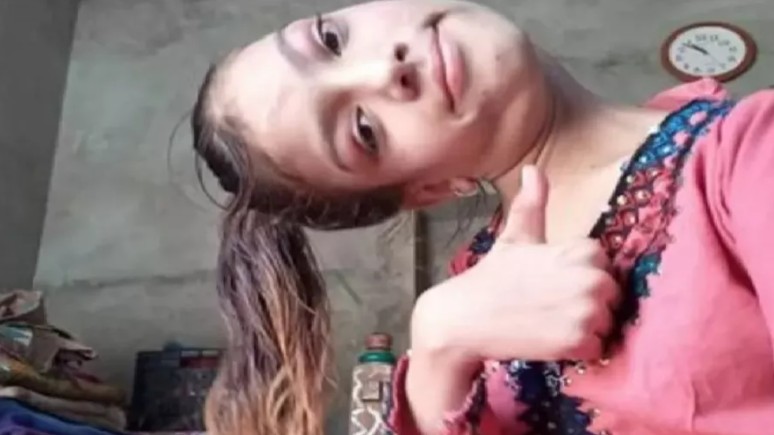 Afsheen Gul, 13, was born with cerebral palsy as well as a rare condition that caused her neck to bend and her head turned at a 90 degree angle. On February 28, she underwent surgery to help keep her head up. The case took place in New Delhi, India. The information is from Glamor magazine.

Afsheen was diagnosed with an atlanto-axial rotatory dislocation, which means instability in the cervical spine. Because of the curvature of her neck, she suffered from constant pain.

The teenager’s parents could not afford to pay for her treatment. Therefore, they held an online crowdfunding and managed to raise R$ 172 thousand.

According to The Mirror newspaper, medical staff at Apollo Hospital in New Delhi said the young woman had only a 50% chance of surviving a surgical procedure.

At that moment, Yaqoob, the young woman’s older brother, contacted Dr. Krishnan. In 2016, the doctor became famous after operating on the boy Mahendra Ahirwar, who had his neck turned at a 180° angle.

“I was sure I could improve her quality of life, but I had to see her first. If we left it longer, the chances of her recovering from any surgery were slim.”

In 2021, Dr. Krishnan met Afsheen and decided to provide his services for free.

“The tests showed it was one of the most challenging cases I’ve seen in my career, probably the first such case in the world.”

For four months, the young woman prepared to perform the surgery. At first, she had to use a Halo-Gravity traction to gently lengthen and straighten her spine.

She also needed weekly check-ups to monitor her improvement. Fortunately, her neck corrected enough for the surgical procedure to be performed.

On the 28th of February, Dr. Krishnan and his team merged Afsheen’s skull with her spine. The procedure lasted six hours and served to relieve the compression on the spinal cord.

First, it was necessary to remove some discs from the neck through a cut made in the teenager’s mouth. Afterwards, a nail with screws was used to fix the skull to the cervical spine and thus managed to keep the neck straight.

+ What happens in the brain when we die? Scientists already have an answer
+ Japan’s ‘Death Stone’ breaks after nearly a thousand years

+ After saying that Gusttavo Lima is the father of her daughter, a woman can be sued
+ Horoscope: check today’s forecast for your sign