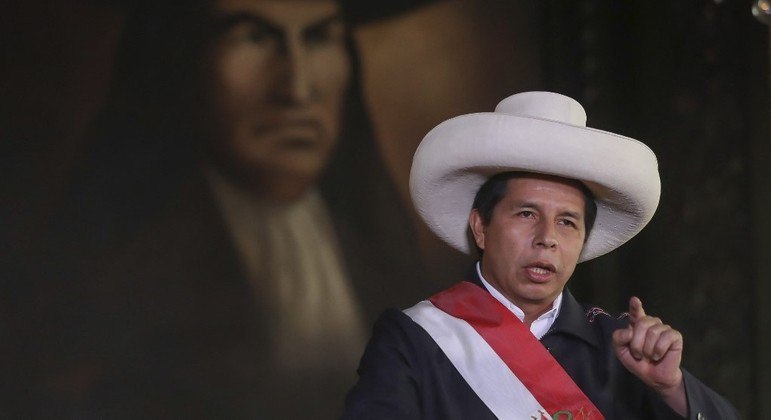 The Peruvian Congress approved this Monday (14) the start of the impeachment process of President Pedro Castillo, amid low popularity and allegations of corruption. Congress, led by the opposition, approved by 76 votes to 41 the start of the political trial.

The Peruvian Congress subpoenaed Castillo to present his defense of the lawsuit on March 28. To impeach Castillo, 87 votes in favor of impeachment will be required.

However, legislator Jorge Montoya, from the far-right Renewal Popular party, proposed that the debate be brought forward to March 18, which led to the rejection of the ruling Peru Livre party and the suspension of the plenary session to make a final decision on the date on the Spokespersons Council.


Montoya is one of the promoters of the impeachment movement along with parliamentarians from the Fujimorist Popular Force and conservatives Avança País, Somos Peru, Podemos Peru and Aliança para o Progresso.

This is the second impeachment motion presented against leftist Castillo, after the first did not reach the votes needed for its debateat the end of last year.

An eventual dismissal of Castillo, in power since July 28, will require the favorable vote of 87 members of the Legislative, a circumstance that has already occurred in 2020 with the then president, Martín Vizcarra (2018-2020).

The current petition includes 20 points, ranging from the “questionable” appointments of at least ten ministers of state to the alleged existence of a “shadow cabinet”, in addition to the president’s statements in an interview with broadcaster CNN about his intention to convene a referendum to grant Bolivia an outlet to the sea.

The motion also mentions the alleged crime of influence peddling in bids and promotions by police and military personnel, as well as allegations by a businesswoman who linked Castillo to an alleged network of corruption.


Minutes before the motion for debate was admitted, the Council of Speakers of Congress had approved the appearance of the head of state this Tuesday (15) to offer a message to parliamentarians, as requested on his behalf by the president of the Council of Ministers. , Aníbal Torres.

The chief of staff had anticipated that Castillo wanted to announce new state measures, including “a surprise”, given the “political insecurity” that “is causing a lot of damage”.