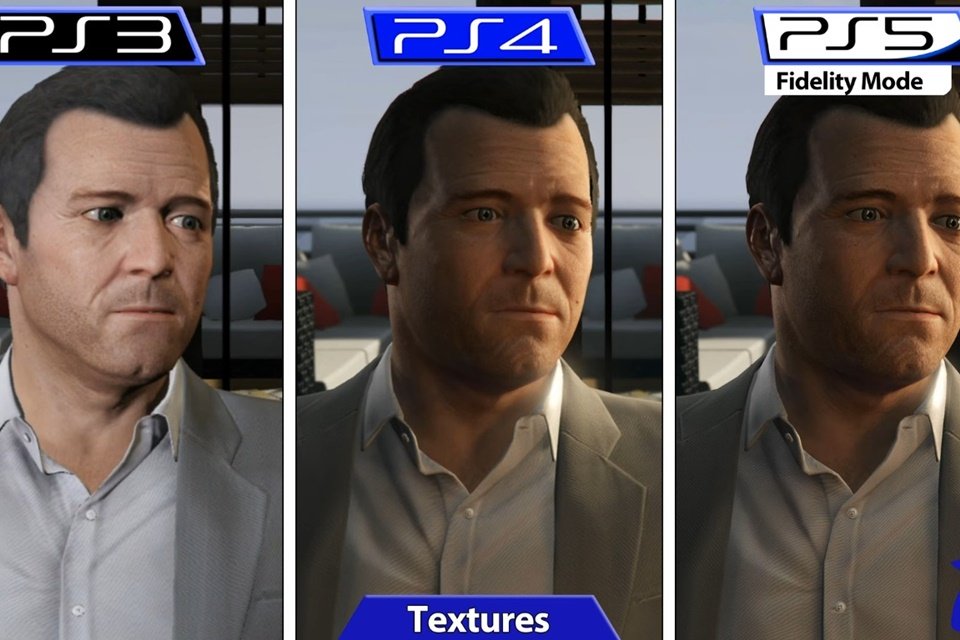 GTA 5: check out the comparison of graphics on PS3, PS4 and PS5

Rockstar continues to take advantage of the most profitable product in the entertainment industry and has re-launched GTA 5 this Tuesday (15th). This time, the game arrived for PlayStation 5 and Xbox Series X and content producers are already releasing the chart comparisons between the current and previous console generations.

the youtuber The Bit Analyst showed not only the visual part, but the performance comparison between the different versions. He recalled that on the PS3, the platform where it was originally released in 2013, the game runs at 720p and 33 FPS and takes up 33GB of the hard drive.

The Bit Analyst recalls that the PS5 version obviously has the best settings, compared to previous generations, and even achieves PC-like performance on Ultra.

“The most notable changes compared to the PS4 version are in shadows, reflections and the draw distance from vegetation,” he commented. Another point mentioned by him is that loading times are up to 5 times faster on PS5 compared to other generations.

Check out, below, the original video of the youtuber analyzing how the game runs on different devices:

And then you intend to buy GTA 5 on new consoles? What do you think of the game’s performance? Leave your opinion below!

Raju has an exquisite taste. For him, video games are more than entertainment and he likes to discuss forms and art.
Previous Ibovespa today: see the performance of the markets on the 21st day of the war between Russia and Ukraine – LIVE
Next Consumer Day: health plans and the role of ANS