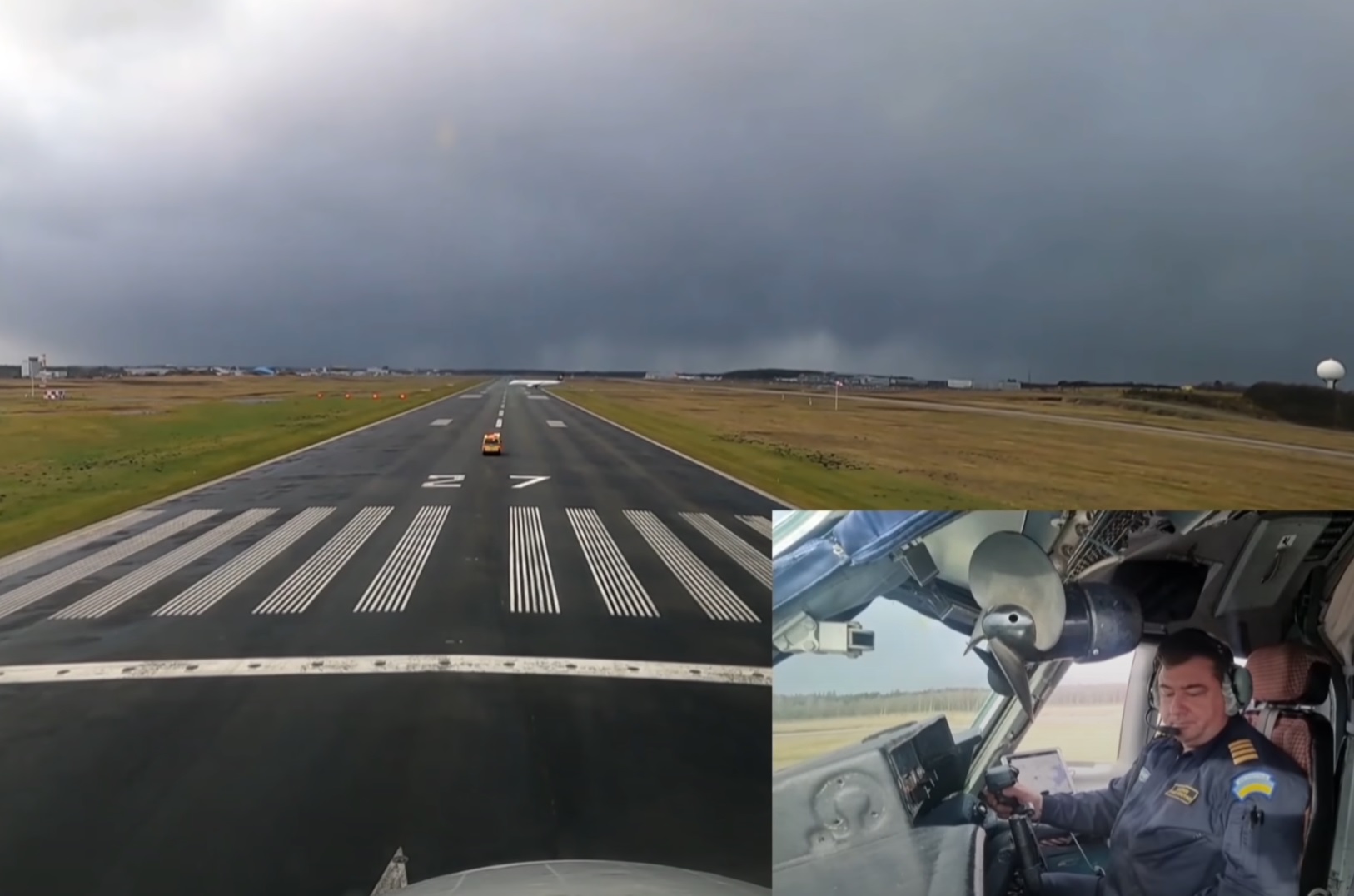 Abhishek Pratap March 16, 2022 News Comments Off on Last flight of the Antonov An-225 was recorded from the cockpit of the giant plane 58 Views

Commander Dmytro Antonov, head of pilots for the largest plane in the world, the Antonov An-225 Mriya, which unfortunately was destroyed in the war in Ukraine, this week re-published a video of the operation of the giant freighter.

In the recording, the pilot begins by explaining that the last flight in the history of the jet registration UR-82060, on February 5, 2022, was from Billund airport in Denmark to Gostomel airport in Kiev, Ukraine.

In the video description, however, he states, “This is FOR NOW Mriya’s last takeoff. Why not the last one? Because the entire aviation world believes in the rapid rebirth of our beauty. In this video I will show all the taxiing, engine warm-up and take-off.”

Dmytro shows a beautiful photo of the plane in the airport yard, and claims that it was the last record he made of the An-225 himself.

He comments that the Danish city of Billund is known for being the headquarters of the LEGO company, and that each member of the Antonov team was presented with a building kit representing the terminal at Billund Airport. He shows off the kit and claims that his daughter assembled it as soon as he got home from that trip, and that the model will be kept as a souvenir of the last flight.

The pilot also shows an illuminated keychain with a Mriya drawing that he received as a gift, and which he also considers a good souvenir of the aircraft.

Finally, Dmytro moves on to the video of the last flight, which is actually just the first part of the flight, as the continuity will be published soon.

He says that in this recording it is possible to follow the experience of the entire taxiing, engine warm-up, reading the instructions, conversations between the crew, take-off, landing gear and flaps retraction and the start of ascent, all seen from the cockpit of the largest plane in the world. world. The pilot points out that it is the complete sequence, without cuts.

Follow the footage below. To add subtitles, use the menu in the corner of the player and activate automatic subtitles. After the subtitles appear, enter the menu again and choose automatic translation into Portuguese.

In case you don’t want to see the initial part where Dmytro explains, the cockpit video starts at 5:20.