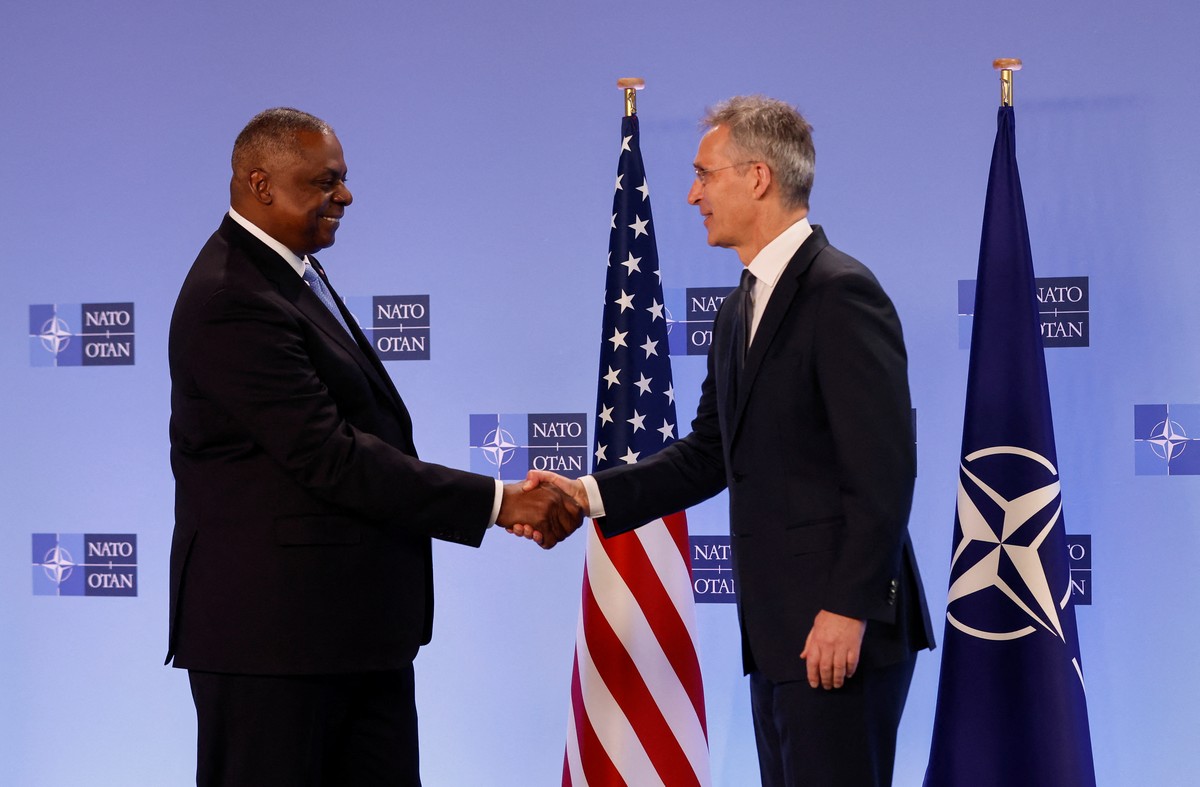 NATO defense ministers are meeting this Wednesday (16) at the military alliance’s headquarters in Brussels, on an extraordinary basis, to assess what the next steps should be amid the escalation of violence in the war. Ukraine, Finland, Sweden and Georgia, countries that are not part of the organization, in addition to representatives of the European Union, also participate in the meeting.

On the eve of the extraordinary meeting, NATO Secretary General Jens Stoltenberg said that “we – the alliance – must review our military position” after the Russian invasion of Ukraine. At the press conference, Stoltenberg explained that concretely this “should mean a substantial increase in troops in the eastern part of NATO”, with the deployment of an additional 40,000 troops.

“The Russian invasion of Ukraine and its military integration with Belarus form a new security reality on the European continent. And we must review our military position in the face of this new reality”, he continued. Stoltenberg said he was concerned that Russia could organize a false flag clandestine operation to use chemical and biological weapons in Ukraine.

Earlier, Ukrainian President Volodymyr Zelensky acknowledged that his country will not be able to join NATO, one of Russia’s demands for the ceasefire. “We heard for years that the doors were open, but we also heard that we couldn’t join. This is the truth and we have to recognize it”, declared Zelensky. NATO has been supporting Ukraine in different ways for years. Since the annexation of Crimea in 2014, the military alliance has trained soldiers and provided weapons and military equipment, but the country’s membership has never been on the organization’s negotiating table.

Understand what NATO is

This Wednesday (16), NATO defense ministers are expected to open discussions addressing concrete measures to strengthen long-term security in all areas. The reinforcement of air and anti-missile defences, maritime reinforcement and the cyber defenseas well as the maintenance of military exercises are also on the meeting’s agenda.

Jens Stoltenberg called on NATO members to increase their contributions with at least 2% of each country’s Gross Domestic Product to defense and also said that China “should unite with the world and condemn Russia”.

On Sunday (13), the Russian bombing that hit the military base of Yavoriv, ​​in western Ukraine, just 15 kilometers from the border with Poland, which is part of NATO, raised the temperature and triggered a warning in the West.

Ukraine is not a member of the military alliance, but since 1991, when it gained independence, the former Soviet republic has been affiliated with the Peace and Security Cooperation program launched by NATO to re-establish bilateral relations with third countries. From this partnership, Yavoriv was the training ground for Ukrainian military forces and troops coming from other countries.

With the war, the Yavoriv base became the entry point for part of the military aid destined for Ukraine by Western countries. In addition to 35 dead and more than 130 wounded, Russian missiles at Yavoriv destroyed Javelin anti-tank missiles and Stinger anti-aircraft missiles.

Military exercises in the Arctic

The North Atlantic Treaty Organization started a series of military exercises this week in Norway, more precisely in the Arctic Circle region and about 450 kilometers from the Russian border. This type of operation normally takes place every two years, but in the current context of the war in Ukraine, training is being carried out amid great diplomatic tension.

The so-called “Cold Response 2022” operation, which will last until April 1, has about 30,000 soldiers from different countries and aims to test combat capability in difficult climatic conditions such as those in the Arctic.

Next week, US President Joe Biden arrives in Brussels for an extraordinary NATO Summit, to be held on March 24, one month after the Russian invasion of Ukraine. Russia has just announced sanctions against Biden and 12 more senior US officials in response to Washington’s punitive measures against Moscow.

Ukrainian President Volodymyr Zelensky has again asked NATO for a no-fly zone over Ukraine. “If they don’t close our airspace, it’s only a matter of time before Russian missiles start falling on NATO countries,” Zelensky said.

So far, NATO and Western countries have rejected the Ukrainian leader’s request, arguing that in practice it could trigger a world war.

As the world follows the atrocities of the war in Ukraine and frets over what may still happen, more than three million Ukrainians have fled the country since the Russian attacks began three weeks ago. It is the biggest humanitarian crisis in Europe in decades. The conflict in Syria, which spawned another recent mass exodus, took two years of fighting to reach the two million refugee mark.