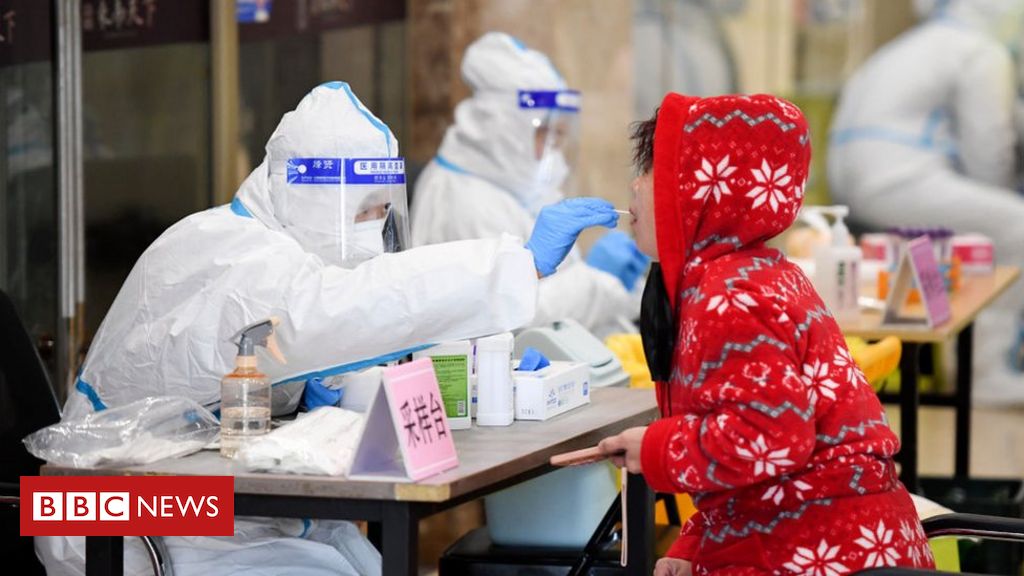 Covid: why China returns to ‘square zero’ of the pandemic with new outbreak of the disease

Abhishek Pratap March 17, 2022 News Comments Off on Covid: why China returns to ‘square zero’ of the pandemic with new outbreak of the disease 21 Views

Schools closed, home office and packages sprayed with disinfectant on the doors of the house.

The scenes that took place two years ago in China, in the most severe period of confinement amid the spread of the covid-19 pandemic, were again seen in some large cities of the Asian giant.

Millions of people across the country are now facing tough restrictions again as coronavirus cases rise. Among the areas affected by the new measures are some of the country’s main hubs, such as the technology hub of Shenzhen and the megacity of Shanghai.

Large multinational companies have stopped their operations as China expands areas in lockdown.

Toyota, Volkswagen and Apple supplier Foxconn are among the companies affected and there are concerns that supply chains could be disrupted again.

China on Tuesday recorded a record of more than 5,000 cases, most in Jilin province, prompting authorities to implement a lockdown in the area.

The 24 million inhabitants of this province in the northeast of the country were forced to remain in quarantine last Monday (14/3).

It is the first time that China has restricted an entire province since the closure of Wuhan and Hebei, where the coronavirus was initially detected, at the beginning of the pandemic.

Residents of Jilin have been banned from moving around and anyone who wants to leave the province must apply for a police permit.

The measures come a day after the Chinese government imposed a five-day lockdown on the 12.5 million residents of the southern city of Shenzhen, where all bus and subway services are suspended.

On Tuesday, authorities in the city of Langfang, which borders the capital Beijing, as well as Dongguan in the southern province of Guangdong, also confined their populations.

Businesses in many of the affected regions have been instructed to close down or make their employees work from home unless they provide essential services such as food, utilities or other necessities.

Foxconn, which makes iPhones for Apple, halted operations in Shenzhen on Monday, saying the date of its resumption “will be communicated by the local government”.

Some residential areas are imposing strict rules on who can enter.

The packages are being sprayed again with disinfectant on the doors of the houses.

However, the rapid transmissibility of the omicron variant has made this mission increasingly challenging.

Since the beginning of the year, China has recorded more cases of internal transmission than in the whole of 2021.

China’s top infectious disease expert Zhang Wenhong called the recent outbreaks “the most difficult period in the past two years of fighting Covid”.

It said in a widely circulated online post that the country was still “experiencing the early stages of exponential growth”.

But Wenhong added that while it is necessary for China to maintain its “covid zero” strategy to control outbreaks for now, “this does not necessarily mean that we will continue to implement lockdowns and mass testing forever.”