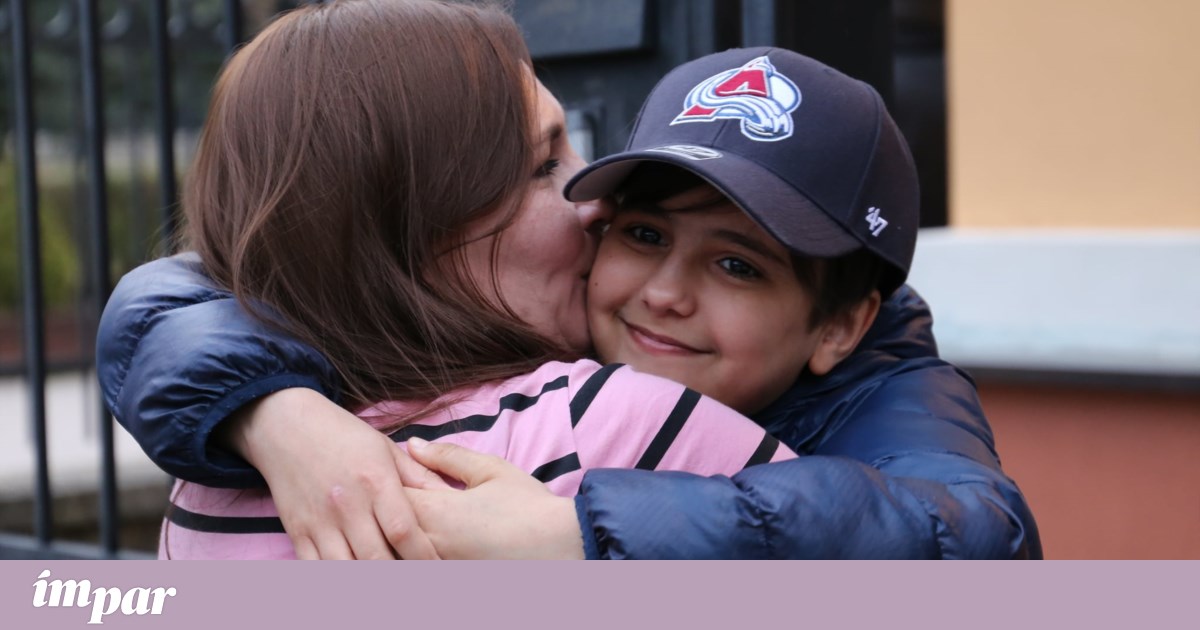 Hassan, the 11-year-old boy who crossed the border alone, is reunited with his mother in Slovakia | War in Ukraine

Abhishek Pratap March 17, 2022 News Comments Off on Hassan, the 11-year-old boy who crossed the border alone, is reunited with his mother in Slovakia | War in Ukraine 35 Views

At just 11 years old, Hassan Pisecká caught the attention of the international press after traveling more than 1200 kilometers alone, from the Ukrainian city of Zaporizhzhia to the border with Slovakia. The boy, rescued by volunteers and later accompanied by the Slovak Republic Police, arrived in the country with only a plastic bag, a passport and a phone number written on the back of his hand. His mother, he explained, had stayed behind to take care of his grandmother and had family members in Bratislava waiting for her.

Now, almost two weeks after the epic episode, the family reunited and the moments were recorded and shared by the authorities: “Welcome to Slovakia, we help! Hassan’s mother’s smile says it all,” the police wrote on the official Facebook page, adding that “the family is already together.”

“They are together and that’s all that matters,” commented a police spokesperson, noting that this is not the first time the family has been forced to flee a country under attack. But the first time, when they fled Syria, Julia’s husband and father of their five children disappeared and everything points to him having died.

The eldest son, aged 20, was already in Bratislava and the three sisters joined him in order to see if Hassan could also reach the Slovak capital. With the necessary help gathered, it was the 11-year-old boy’s turn to flee Ukraine, who traveled alone for more than a day by train.

Now, after the bombings have intensified, the mother has found a place for herself, her grandmother and the family’s small dog in a civilian evacuation caravan. “After a very difficult journey, they managed to arrive on Monday” and, thanks to various aids, some of which have to remain anonymous, “the family is together again”.

“They lost everything again, but this time the war took no one from them. They’re together and that’s all that matters.”