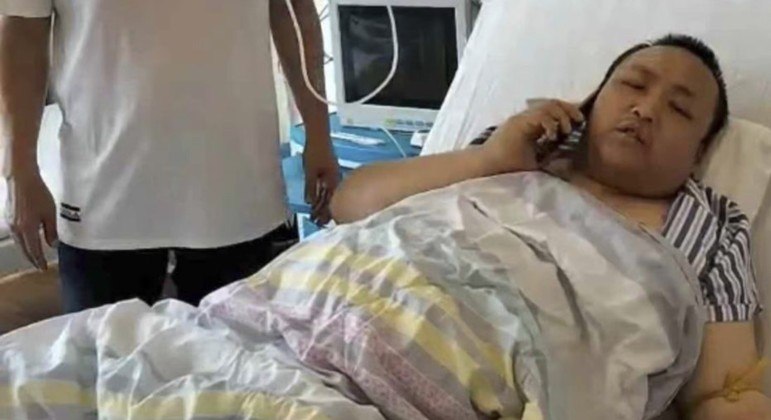 Abhishek Pratap March 17, 2022 News Comments Off on Man is kidnapped and drained of blood for several months by gang – News 34 Views

A Chinese man claimed he was kidnapped by a gang that drained his blood for several months. The case was considered shocking by authorities in southern China.

The victim — identified only as Li by the press — was incarcerated by Chinese criminals operating in Southeast Asia. Li, 31, was held in a facility guarded by four guards, who held at least seven other prisoners whose blood was also stolen.

According to his testimony to the police, the criminals threatened to steal his organs if they did not meet the demands for blood.


The gang set up a makeshift prison in the resort town of Sihanoukville, on Cambodia’s south coast, and likely sold the blood to private buyers, according to the South China Morning Post.

From the month of August until the date of Li’s rescue in mid-February, the gang stole around 800 ml of his blood. In the last extraction, the nurse had to remove fluid from arteries in his head, because the veins in his arms were already badly injured.

Li told the newspaper that he worked as a security guard in Beijing and responded to a job offer at a nightclub in China’s southernmost Guangxi province.

Arriving there, he was kidnapped and taken to Vietnam, where he was sold to another Chinese gang operating in Cambodia. Initially, the gang wanted to ask for ransom, but as Li is an orphan and hardly anyone would pay for his return, the criminals decided to steal his blood.


According to the South China Morning Post, this type of crime is not uncommon in Cambodia. Even employees of regular companies can be “sold” to gangs if they don’t do well.

Li was only rescued when one of the gang members started collaborating with the police. He, who was in serious condition, is being treated in a Chinese hospital.

Cambodian authorities said they are investigating the case.


READ BELOW: Tank bursts and spreads 500,000-liter river of blood in city