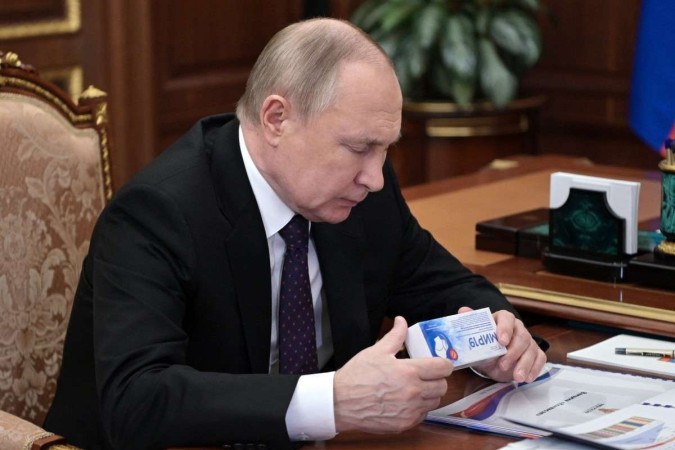 Russian President Vladimir Putin on Wednesday assessed his military operation in Ukraine as a “success”, saying that Moscow will not let this country become a “bridgehead” for “aggressive actions” against Russia.

“The operation is proceeding successfully, in strict accordance with the pre-established plans,” Putin declared, according to televised comments, assuring once again that he had no intention of “occupying” Ukraine.

The president considered, however, that the Western sanctions and condemnations that hit the Russian government, its economy and its culture are comparable to the persecutions against the Jews and that the Western countries are acting in a “hateful way”.

“Parallels are drawn with anti-Semitic pogroms,” he said.

Putin promised financial aid to individuals and companies to face the punitive measures and assured that the economic “blitzkrieg” against his country “failed”.

Once again, the president considered that he had no options against Ukraine. “We just didn’t have options to resolve the problem peacefully,” he said, stressing that he had “reason to believe” that “biological weapons components” were being developed on Ukrainian territory.

He also said that “years of intimidation of the population of Donbas”, a Russian-speaking region in eastern Ukraine where authorities have faced pro-Russian separatist rebels since 2014, can no longer be tolerated.

According to Putin, the start of a Ukrainian offensive against Donbas and Crimea, territory that Moscow annexed in 2014, “was a matter of time”.

“We had no other option to defend ourselves … we will not allow Ukraine to serve as a platform for aggressive actions against Russia,” he concluded.