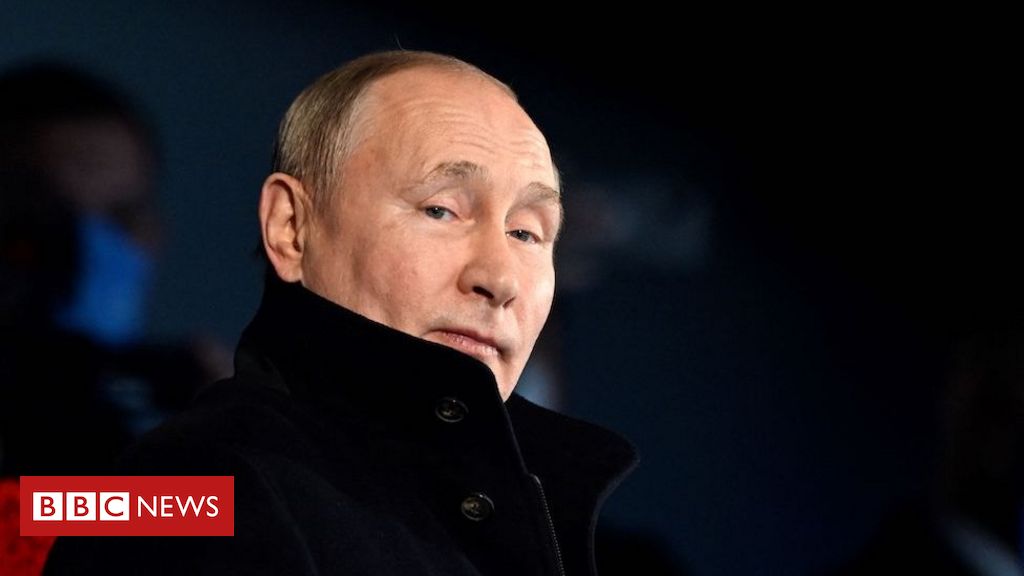 War in Ukraine: The Historic ‘Counter-Attack’ of the US and Western Allies Against the ‘Agitator’ Putin

Abhishek Pratap March 17, 2022 News Comments Off on War in Ukraine: The Historic ‘Counter-Attack’ of the US and Western Allies Against the ‘Agitator’ Putin 34 Views

Successive US presidents have struggled to learn how to deal with Russian President Vladimir Putin. Now, however, when the European Union and Germany have joined this effort, the reality is different.

The Russian president came to power on December 31, 1999. In the 20 years since then, Putin has tried to undermine the liberal international order.

The former KGB spy wants to revive tsarist Russian greatness and restore the power and threat of the Soviet Union before its dissolution in 1991.

Putin came to power at a time of Western arrogance. The US was the only superpower in a unipolar world.

The thesis of the American intellectual Francis Fukuyama, speaking of the “end of history” and proclaiming the triumph of liberal democracy, was widely accepted.

Some economists even sold the theory that the world would see no more recessions, partly thanks to the productivity gains provided by the new digital economy.

It was also thought that globalization and the interdependence it created would prevent major economic powers from waging war, and the internet was widely seen as a force for global good.

Especially at first, the same misguided optimism and illusion colored the way the West viewed Putin.

Successive American presidents got carried away. Bill Clinton, the occupant of the White House when Putin came to power, gave this ultranationalist popular resentment on a platter by promoting the expansion of the North Atlantic Treaty Organization (NATO) military alliance to Russia’s border.

As George F. Kennan, the famous architect of US Cold War strategy, warned at the time: “Expanding NATO will be the most fateful mistake of American policy in the entire post-Cold War era.”

George W. Bush was completely wrong in his reading of his Russian counterpart. “I looked into that man’s eyes,” Bush said after his first meeting with him, in Slovenia, in 2001. “I found him quite direct and trustworthy… I was able to get a feel for his soul.”

Bush made the mistake of thinking he could seduce Putin and gently persuade him down the democratic path.

Yet while Bush has visited Russia more than any other country — including, as a personal favor, two trips in 2002 to Putin’s hometown of St. Petersburg — the Russian leader already displayed dangerous tendencies.

In 2008, Bush’s final year as president, Putin invaded Georgia – what he called an “operation to ensure the fulfillment of peace”.

The Kremlin argued at the time – and has argued ever since – that it was hypocritical for Washington to complain about this violation of international law after Bush invaded Iraq.

But Putin knew that the US, after its long wars in Afghanistan and Iraq, no longer wanted to police the world.

When Obama refused in 2013 to heed his earlier warning against Bashar al-Assad, when the Syrian dictator used chemical weapons against his own people, Putin saw an opportunity.

By helping Assad wage his murderous war, he extended Moscow’s sphere of influence in the Middle East when the US wanted to leave the region.

The following year, he annexed Crimea and established a presence in eastern Ukraine.

Despite being told by Obama that he should “stop it,” Putin even tried to influence the outcome of the 2016 presidential election, hoping that Hillary Clinton, his longtime nemesis, would be defeated and Donald Trump, his longtime fan. , win.

The tycoon made no secret of his admiration for Putin, a flattery that seems to have emboldened the Russian president even further.

To Moscow’s delight, Trump publicly criticized NATO, weakened the post-war US alliance system, and became such a polarizing figure that he left the US more politically divided than at any time since the Civil War (1861-1861-1861). 1865).

You could say we need to go back 30 years to find an American leader whose stance on the Kremlin has stood the test of time.

After the fall of the Berlin Wall, George HW Bush resisted the temptation to celebrate the US victory in the Cold War — to the astonishment of journalists covering the White House, he refused to travel to Berlin to celebrate victory — knowing that it would strengthen radicals in the Politburo and a Russian army that sought to overthrow Mikhail Gorbachev.

That magnanimous victory helped when it came to the mission to reunite Germany, which was probably Bush’s greatest foreign policy success.

Putin is obviously a tougher opponent, even tougher to deal with, than Leonid Brezhnev or Nikita Khrushchev, the Soviet premier during the Cuban missile crisis.

Since the turn of the century, however, no American president has really known how to deal with Putin. Joe Biden, like George HW Bush, is a Cold War fighter who dedicated his presidency to defending democracy, in the US and abroad.

In seeking to re-establish the traditional post-war US role as leader of the free world, he sought to mobilize the international community, offered military aid to Ukraine and adopted the toughest sanctions regime to date directed against Putin.

As Russian forces focused on the Ukrainian border, Biden also shared US intelligence information showing that Putin had decided to invade the neighbor, in ways that sought to undermine the Kremlin’s usual disinformation campaigns and false flag operations.

His State of the Union address became a summons. “Freedom will always triumph over tyranny,” she said. Although Biden did not speak with the clarity or force of John Kennedy (1961-63) or Ronald Reagan (1981-89), it was nonetheless a significant speech.

What has been shocking since the start of the Russian invasion, however, is blunt presidential leadership from elsewhere.

Volodymyr Zelensky has been lauded and celebrated as he continues his extraordinary personal journey from comedian to Churchillian colossus.

This former German politician has been a force behind the decision, for the first time in the history of the European Union, to finance and buy weapons for a nation under attack, a commitment that includes not only ammunition but also fighter jets.

His compatriot, German Chancellor Olaf Scholz, also showed more determination in his relationship with Putin than his predecessor, Angela Merkel.

At high speed, he altered decades of post-Cold War German foreign policy, an approach often based on caution and timidity in dealings with the Russian leader.

Berlin sent anti-tank and anti-aircraft systems to Ukraine (ending the policy of not sending weapons to active war zones), stalled the Nord Stream 2 Baltic Sea pipeline project, withdrew its opposition to Russia’s blockade of the Swift international payment system, and it even committed itself to spending 2% of German Gross Domestic Product on defense.

The biggest attack on a European state since World War II has hardened European resolve. But it also appears that the relative weakness of the US has contributed to this.

Aware of the botched US withdrawal from Afghanistan and the prospect of a Trump 2.0 presidency, European leaders seem to have realized that they can no longer rely so heavily on Washington to defend democracy at this moment of maximum danger.

The leadership of the free world has become, in this crisis, a common effort.

After the end of the Cold War, Washington urged European nations to do more to police their own neighborhoods, something they failed to do when the break-up of the former Yugoslavia led to civil war in Bosnia.

Historians may well conclude that it took a combination of Putin’s aggressiveness, American frailty, Ukraine’s heroic resolve and the fear that Europe’s post-war stability was truly threatened for this to finally happen.

It would be naive to be carried away by the romanticism of Zelensky’s speeches or succumb to a dopamine high as we see the takeover of a Russian-owned superyacht on social media. Putin is stepping up the war.

Last week, however, sent a message to Moscow – and also to Beijing – that the post-war international order continues to function, despite the use of the Russian war machine to bring it down.

Just as history never ended, neither did liberal democracy.

As Joe Biden said in his State of the Union address, during a passage where the rhetoric also served as a sober analysis: Putin “thought he could come in, and the world would lie down. Instead, he found a wall of resistance he had never imagined”.