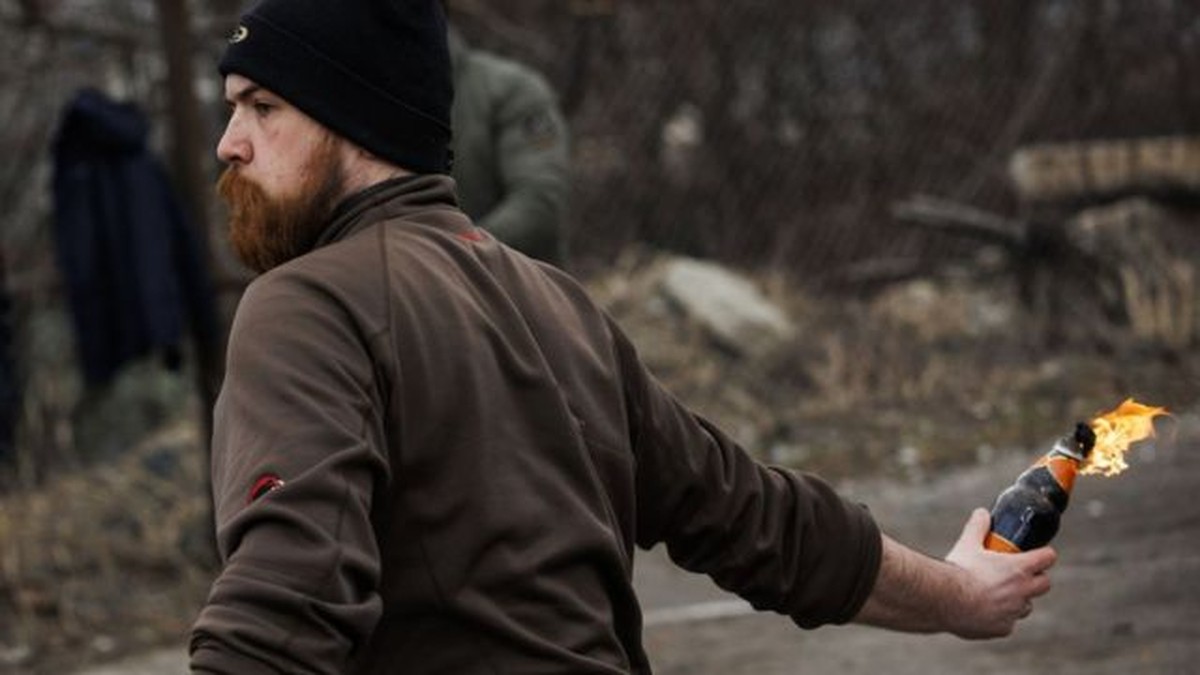 What is the chance of a Ukrainian popular insurgency against the Russian army? | Ukraine and Russia

Abhishek Pratap March 17, 2022 News Comments Off on What is the chance of a Ukrainian popular insurgency against the Russian army? | Ukraine and Russia 31 Views

Ukraine’s President Volodymyr Zelensky urges compatriots to resist the Russian invasion to the point of self-sacrifice. Former President Petro Poroshenko wields an AK-47 rifle in a TV interview. A brewery announces that it has switched from producing drinks to making Molotov cocktails. A resident of Lviv shows a submachine gun and says it is suitable for house-to-house combat. The self-proclaimed spokesman for a certain Free Ukraine Resistance Movement says he has around 1,000 guerrillas camouflaged “behind enemy lines” – in Mariupol, Sumy, Kharkiv and Irpin.

These and other scenes, shown or described by the press in the last 18 days, suggest that the Ukrainian war against the Russian invader already has an insurrectionary, irregular or guerrilla character.

In this terrain, Ukraine has a long history dating back to the Middle Ages. It remains to be seen whether the tradition has a chance of reviving in the 21st century.

With a territory made up of parts of great empires of the past, Ukraine today worships both defeated heroes and martyrs – when Ukrainians tried to gain independence and were massacred – as well as victorious leaders of the resistance to Napoleon and the Second World War.

In the honor galleries of museums and memorials, professional soldiers stand side by side with guerrillas – men and women – who have never set foot in military academies.

This past is seen by some as an indication that the invasion determined by Russian President Vladimir Putin will have the same fate as campaigns such as the Soviet and US occupations in Afghanistan and the US in Iraq: exuberant military operations incapable of winning. weak enemies, but flexible and with high morale.

A day after Russian tanks crossed the border, intelligence expert Douglas London wrote in Foreign Affairs magazine that Ukrainian strategy “does not depend on repelling a Russian invasion, but rather on making Moscow bleed to the point of making the occupation unsustainable.”

The PhD in International Strategic Studies from the Federal University of Rio Grande do Sul (UFRGS) Tamiris Pereira dos Santos says that the bloodletting strategy was consciously adopted by Ukraine, but it should be viewed with caution.

“The question is: if we are going to think about bloodletting in this case, how much is Ukraine capable of foisting it on Russia? They are quite asymmetrical capabilities put into play for this premise to be, in fact, valid”, he says.

Tamiris does not consider Ukraine’s case to be comparable to the US occupation of Iraq.

“In that case, the Americans did not effectively achieve a victory because of the insurgent capacity in the region, which infiltrated the Iraqi population and caused a lot of stress to the United States”, he argues.

Ana Carolina de Oliveira Assis, researcher at the Science, Technology and Innovation and Defense Network of the Ministry of Defense and the Coordination for the Improvement of Higher Education Technical Personnel (Capes) says that the use of insurgent tactics by Ukraine was noticeable from the first moment. .

“With the passage of time and the Russian advance, added to the lack of support from Western troops, it is to be expected that Ukraine will use all possible means to resist and increasingly adopt insurgent tactics”, says the specialist and doctoral student in Science. Politics by the Federal University of Pernambuco (UFPE).

In the military sciences, the employment of civilian engagement, snipers, ambushes and sabotage is called irregular warfare – as opposed to regular warfare, in which personnel, equipment and professional forms of action are used.

Irregular warfare may be the only available means in a conflict of independence or national liberation, when large populations without armed forces must face a powerful occupier.

It can also be used in an accessory or complementary way by a regular army – in order to carry out rearguard actions, surprising the enemy, or in inhospitable or densely populated areas that make it difficult to use armored vehicles or aviation.

This last case is that of Ukraine, which has a significant armed forces, but with firepower 10 times less than Russia’s.

“One of the main characteristics of irregular warfare is the importance of public opinion. Since the country considered to be the weakest would not be able to defeat the enemy’s military power, popular opinion becomes the main target”, says Maria Eduarda Dourado, master in International Relations from the State University of Paraíba.

The objective of irregular warfare, according to the researcher, is to undermine the enemy country’s aspiration to the legitimacy of its actions.

“By saying that there are Ukrainian civilians willing to lose their lives using only Molotov cocktails in direct combat with Russian soldiers and tanks, Zelensky reinforces the Ukrainian narrative and builds a negative image of Russia and its leader, Vladimir Putin”, adds Maria Eduarda.

Odessa civilians train defense and learn to use weapons

The overwhelming numbers of the Russian invasion – the US government estimated that Russia had deployed 150,000 to 190,000 troops on the border before February 24, when the attack began – suggest that Moscow believed it would achieve its objectives in a withering fashion, nullifying the enemy’s ability to react.

“War is something politically unpopular. Putin was aiming for a quick conquest of the main strategic points of Ukrainian territory”, says Maria Eduarda.

The reality, however, took on very different contours.

“Contrary to what was expected, Putin saw a part of Ukraine resist strongly, especially the western part, where there is greater identification with Western countries and culture”, he analyzes.

The planning of a campaign like Russia’s in Ukraine includes varied scenarios, and it is likely that the Russian military has considered the prospect of facing popular resistance.

There is, however, no guarantee that this foreknowledge is the path to success.

“Considering the possibility of an insurgency does not eliminate the difficulties that Russia may encounter when using counterinsurgency tactics and equipment. In addition to logistical issues, the problem of differentiating between civilians and military, another obstacle would be Western support for the Ukrainian resistance”, considers Ana Carolina.

This support, explains the researcher, would be an important source of resources and weapons and would lead to a prolongation of the resistance and a weakening of the Russian military and politics over time.

On Sunday (13/3), Russian missiles hit a Ukrainian military base in Starychi, 46 kilometers from Lviv and about 25 kilometers from the Polish border, according to Lviv’s regional military administration.

It is the closest attack on the territory of a NATO country since the start of the campaign.

This neighborhood is not the only factor that complicates the war equation.

“As the West is not directly intervening with soldiers and weapons, only donating ordnance, money and other resources to Ukraine, it increases the likelihood that the conflict will escalate into an insurgency war, with the Ukrainians using all means at their disposal to maintain its current position”, says Ana Carolina.

Tamiris believes that escalating the war or participating directly in the conflict is not a Western strategy, a condition that increases Ukraine’s chances of resorting to insurgency.

“In the case of more effective participation by the United States and Western Europe, there is a possibility that China could come to the aid of Russia. Direct Western involvement could, in fact, trigger the outbreak of a world war – something I believe is if you want to repeat it so soon”, he concludes.

Videos to understand the war in Ukraine