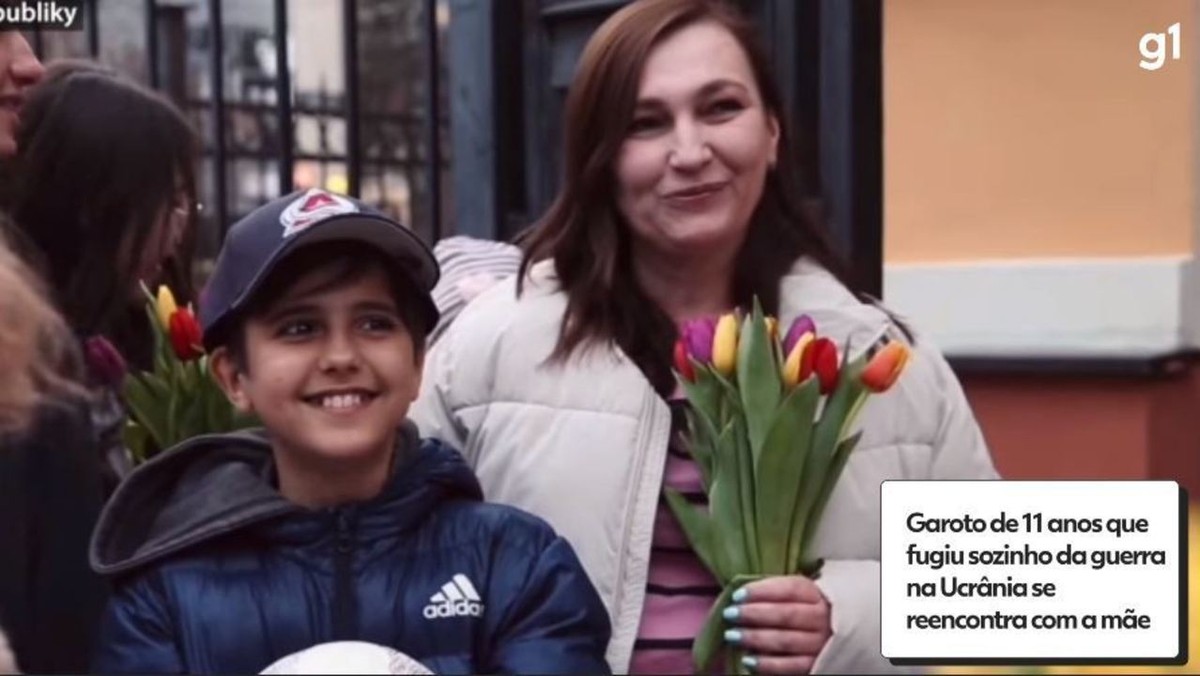 11-year-old boy who fled the Ukrainian war alone is reunited with his mother in Slovakia; watch | Ukraine and Russia

Abhishek Pratap March 18, 2022 News Comments Off on 11-year-old boy who fled the Ukrainian war alone is reunited with his mother in Slovakia; watch | Ukraine and Russia 33 Views

The 11-year-old boy who fled the Ukrainian war alone was finally able to be reunited with his mother after crossing the border into Slovakia, local police said on Wednesday. See the VIDEO above.

Hassan Al-Khalaf left the country at war in early March – he crossed the country on a long journey by train and on foot, departing from Zaporizhzhie, where there is active fighting.

11-year-old boy who fled the Ukrainian war alone is reunited with his mother in Slovakia — Photo: Courtesy/Slovak Police

Hassan’s widowed mother could not accompany him at that time as it was impossible to leave his grandmother at home, so she sent the boy alone on the 1,000km journey to Slovakia.

It is in this Eastern European country where his older brother studies. He arrived with nothing but a plastic bag, passport, and a handwritten phone number.

Hassan with his mother, friends and family in Slovakia — Photo: Courtesy/Slovak Police

According to Slovak authorities, Hassan’s mother managed to cross the Ukrainian border this week accompanied by the boy’s grandmother and a pet dog.

Hassan arrived in Slovakia in early March, attracting massive media attention after local police posted the story on his Facebook page, calling him a hero after his long journey.

Before the reunion, Hassan even participated in an event in the capital Bratislava that called for peace in Ukrainian territory and told about the experience. See the VIDEO below.

“My hope guided me along the way,” he said through an interpreter.

‘My hope guided me’, says 11-year-old Ukrainian who fled alone to Slovakia

Hassan, mother and grandmother are among the millions of refugees who have left Ukraine since the beginning of the war. Russia calls the invasion a “special military operation”.