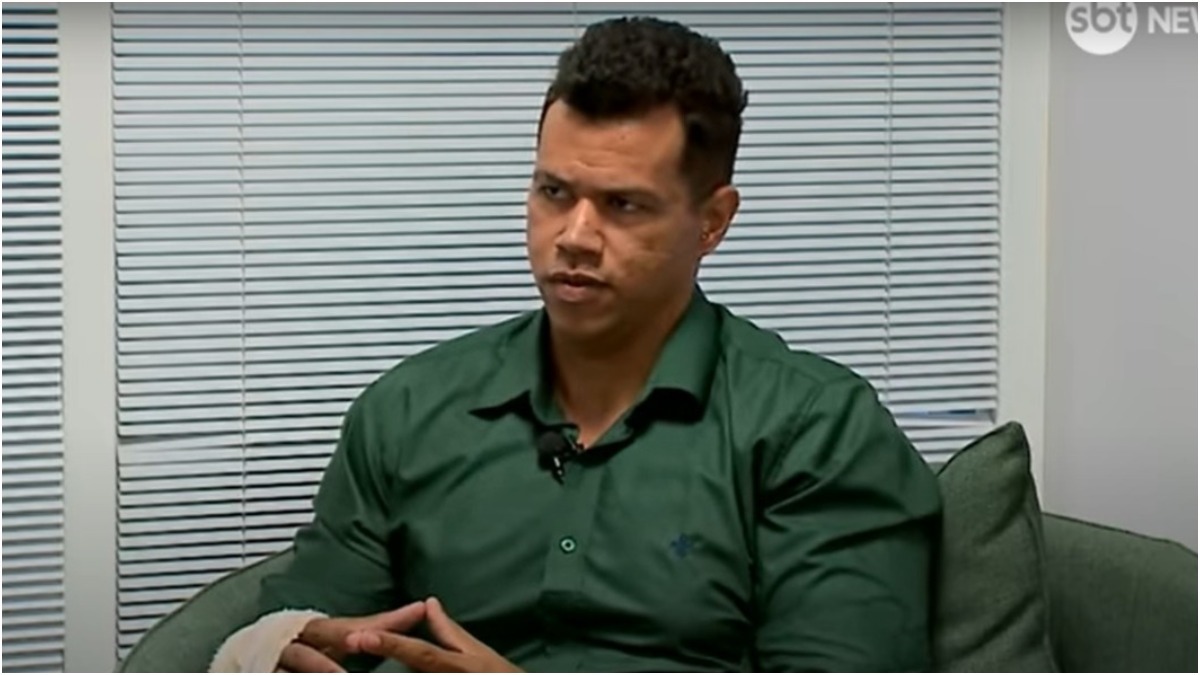 Personal trainer Eduardo Alves, from Planaltina, in the Federal District, gave an exclusive interview to SBT, this Thursday (17), to talk about the episode in which he caught his wife in an intimate moment with a homeless man, inside from her car, and beat him up. The case gained national repercussion after Metrópoles published the video that shows the exact moment Eduardo arrives at the scene.

In the images, it is also possible to see the homeless man leaving the vehicle and Eduardo’s wife, Sandra, kneeling on the ground. Several versions of what actually happened began to circulate through social networks with the repercussion of the video.

During the interview, the personal trainer said that his life has turned upside down and asks people to take responsibility when commenting on the story. “Several things were wrongly disclosed and this has had an impact on both my life and that of my family members. I notice that they increasingly denigrate the image of my wife and mine as well,” he said.

‘I didn’t think she would be there’

On the occasion, Eduardo took the opportunity to share his version of the facts. He says that on the day of the incident he was at home, waiting for his wife, to go to an appointment together. Noticing the woman’s delay, he decided to question his mother, who had spent the day with her daughter-in-law.

“When my mother came home and asked what had happened during the day and the only strange thing she told me was that when my wife went to pick up our daughter, she found a homeless person”, he says.

Eduardo’s mother also told where the unusual meeting had taken place and the son went to the place in search of his wife. Arriving there, the personal trainer came across the scene.

“At first, when I saw the car, I didn’t think she would be in there with it. For me she would be in one of those houses. When I got closer I saw a man in the car with my wife and the only reaction I had was to get him out of there”, she reports.

Eduardo regrets the proportion that the whole case gained and reinforces that his wife went through a moment of outbreak. He also says that he has preserved the woman from all the comments that are being made about her family on social media, as she herself does not seem to remember what happened.

“What I noticed is that she is having more delusions and cannot assimilate what happened. She’s worried about other things. It’s as if she’s not aware of or is dodging what happened. All this load I’m getting, it’s just me getting it,” she reports.

The personal trainer asks people to stop making jokes about his family, as the backlash from the case has prevented him from even working. He also guarantees that his wife “is a warrior, hardworking woman who always focuses on her family”.

“What is missing is empathy. Currently I’m just existing because I can’t work, I can’t go back to having my normal life. Our store is closed, I can’t open it because of society, because of the way they labeled us. I had to hide,” she laments.

Journalism student at the Federal University of Minas Gerais (UFMG) and BHAZ reporter since 2021. Winner of the 13th Fernando Pacheco Jordão Young Journalist Award, created by the Vladimir Herzog Institute.

She's our PC girl, so anything is up to her. She is also responsible for the videos of Play Crazy Game, as well as giving a leg in the news.
Previous WhatsApp news leaks in image on the internet
Next Disappointment: DNA Test Reveals ‘World’s Heaviest Potato’ Wasn’t a Potato