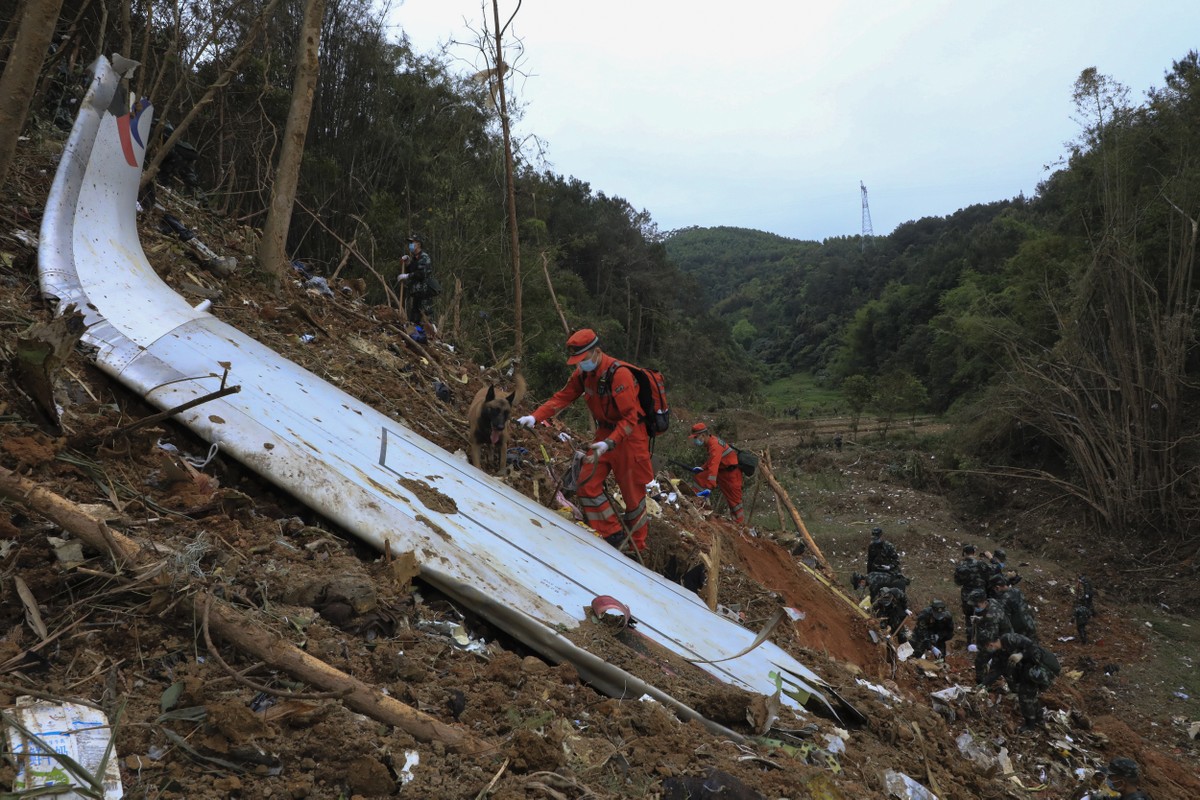 China has started using drones and thermal cameras to expedite searches for the wreckage of the Boeing 737-800, which crashed on Monday with 132 people on board, for reasons still undetermined.

China Eastern Airlines flight MU5735 crashed into a mountain in Wuzhou while traveling between Kunming (southwest) and Guangzhou (south).

Four days after the tragedy, there is no explanation for the cause of the accident and no survivors have been found. Hopes are low because the plane crashed nearly vertically and exploded upon impact with the mountain.

More than 200 relatives of victims of the plane crash arrived on Thursday at the crash site.

Although so far only fragments of human bodies have been found, emergency teams have not completely ruled out the possibility of finding survivors.

More wreckage found of the Boeing that crashed in southern China

“Our main objective is to look for victims and save lives,” said Huang Shangwu, commander of the fire department in the region.

Public channel CCTV showed footage of crews trying to lift what looked like a piece of the plane’s wing with great care.

The violence of the impact scattered the pieces of the aircraft and the passengers’ belongings over a wide area.

Plane crash in China: what is known about the case

“Most of the plane’s wreckage is concentrated in a radius of nearly 30 meters around the main impact point and at a depth of about 20 meters,” said Zhu Tao, director of air safety at the Civil Aviation Administration of China. (CAAC).

As a precautionary measure, China Eastern Airlines confirmed on Thursday that it has decided to temporarily ground 223 Boeing 737-800s for checks.

A black box, the one that records conversations in the cockpit, was recovered on Wednesday and sent to Beijing for analysis.

Emergency teams are working at the scene to find the second black box, which contains flight data such as speed, altitude and direction of travel, which can help determine the cause of the tragedy: the plane fell thousands of meters in just a few minutes.

CAAC ordered a two-week general inspection of the airline industry.

There are also no suspicions about the behavior of the captain and his two co-pilots, who accumulated 6,709, 31,769 and 556 flight hours, respectively, said Sun Shiying, director of China Eastern.

“Based on the first elements we have, the pilots’ service records were generally very good and the family situations were harmonious,” he added.