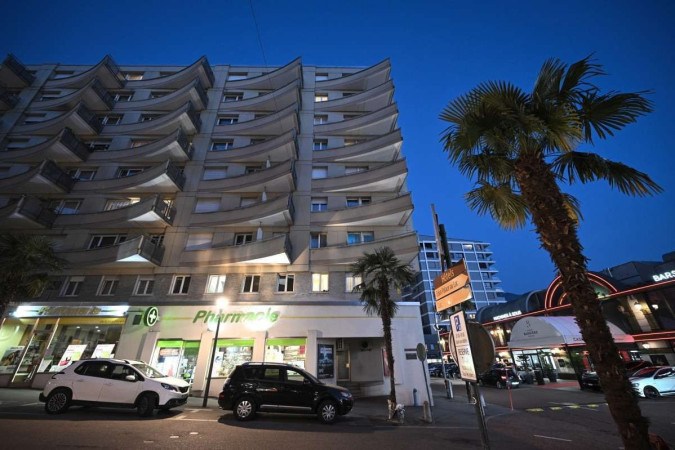 Abhishek Pratap March 25, 2022 News Comments Off on Four people from the same family die after falling from a building in Switzerland 18 Views


This photograph taken on March 24, 2022 shows the building where five people appeared to have jumped from their apartment in Montreux, western Switzerland. – Four members of a French family fell to their deaths on Thursday from a seventh-floor balcony in the Swiss city of Montreux, leaving a teenager seriously injured, police said. – (credit: Fabrice COFFRINI/AFP)

Four French people from the same family died on Thursday (24/3) after apparently jumping from the seventh floor of their home in the Swiss city of Montreux, in circumstances that remain a mystery, police said.

A 15-year-old boy, also in the family, is hospitalized in serious condition.

Apparently, the police were heading to the family’s home due to a school problem for one of the children when the drama took place.

“Police officers were unable to enter the house and visibly at that moment the family made the decision to jump off the balcony,” regional police spokesman Jean-Christophe Sauterel told local radio.

The deceased are the father and mother of the family, in their 40s, the woman’s twin sister and the couple’s 8-year-old daughter.