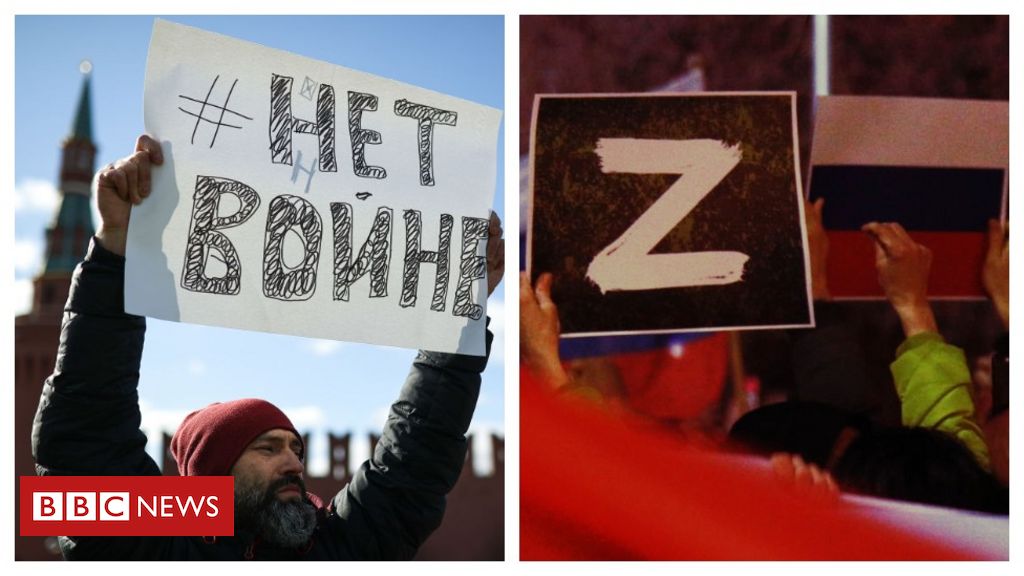 War in Ukraine: Do the Russians Support Invasion?

Abhishek Pratap March 25, 2022 News Comments Off on War in Ukraine: Do the Russians Support Invasion? 28 Views

Official opinion polls and independent sociologists show that most Russians support the war in Ukraine. How can we trust your research?

71% of Russians support “special military operation” in Ukraine. 21% do not support and 8% do not know. This is according to a survey conducted on March 5th by the Russian Center for Public Opinion Research VSIOM. 70% of respondents said they believe the operation is going well for the Russian army.

The FOM Public Opinion Fund (which mainly conducts surveys commissioned by the Russian presidency) paints a similar picture. Their results show that 65% of Russians approve of the military operation in Ukraine, 17% disapprove and 18% do not know.

Independent poll by Russian opposition activist Alexei Minyailo called “Do the Russians Want War?” showed unsettling results for those who are against the war: 51% of respondents said “yes”, while only 27% said “no”.

One conclusion of the survey is that the majority of those who support the war trust the state media (73%), while 85% of those who are against the war do not.

Most of those actively protesting against the invasion of Ukraine are young people, under 30. They can still be drafted or have recently finished their military service.

Percentage of Russians who oppose the war in Ukraine

A study of social networks produced a different picture than surveys done over the phone.

About 52% of Russian internet posts on the subject are pro-war, while 30% are anti-war.

Regardless of whether they are pro or anti, 30% of Russians express sympathy for Ukrainians. Research says it is the most common emotion detected across all surveys.

But if you watch Russian TV, you will not see reports about the failures and losses of the Russian army.

A week after Russian troops entered Ukraine, the government passed a law to punish the distribution of unreliable reports about the Russian army. The release of any report that the government deems unreliable is now punishable by 15 years in prison.

Russian media are prohibited from calling the invasion of Ukraine a war and have been instructed to stick to the term “special operation”.

Those that did not meet censorship requirements were closed. Almost all independent media were blocked in the first week of the war.

Before the start of the conflict, almost all Russian media that opposed the Kremlin and expressed independent opinions were classified as “foreign agents”.

Alexei Bessudnov, professor of sociology at the University of Exeter, says that you need to look carefully at the use of words.

What does each support exactly? Each asked the question differently.

The VCIOM asked: do you support Russia’s decision to carry out a special military operation in Ukraine?

It seems like a neutral question, but it’s not exactly. If the question is, “Do you support the decision,” you will get a different answer than the question, “What do you think of the special military operation?”

It is also necessary to take into account that many do not feel comfortable speaking openly. Imagine that a stranger calls you and asks for your opinion on the military action in Ukraine. Most people would be cautious about giving an honest answer.

And many still haven’t decided what they really think. They form their opinion during the interview, influenced by the interviewer, depending on how he speaks and where they lead the conversation. A person’s opinion can be contradictory about what they support, what they don’t support.

“What we can definitely say about these polls is that 50% to 70% of Russians are probably inclined to support government decisions. Is that a lot? Yes, definitely a lot. But if 50-70% support them, then 30-50 % are against or at least don’t know.”

“There are also big differences between socioeconomic groups and the biggest differences are between age groups. Most people under 30 in Russia do not support the special military operation. And this is particularly noticeable in big cities, particularly in St. .While nine out of 10 people of retirement age will support it.”

“It really depends on where you get your information. Most elderly Russians get their news on TV. They watch it every day and hear the narrative constantly about the fight against the Nazis and all the other propaganda that the state is churning out 24 hours a day. day, 7 days a week.”

“Young people watch TV much less often and use the internet, so their information environment is totally different.”

“There’s also a difference between men and women. Middle-aged women, in particular, are less inclined to support the war. There is a difference, though not so great, between people who went to university and those who didn’t. Particularly in cities, college graduates are less likely to support the invasion.”

“So there is no unified will or general agreement, but there is a very significant critical minority. How significant it is depends a lot on what you ask and I hope that number will change.”

“It’s good that they’re doing research and publishing the results, but we need to approach them with a critical eye and look closely at the way questions are asked. We see two state-funded and two independent surveys. The independent ones have a level of support lower, but the difference is not that significant.”

“Measuring opinions is a craft, and FOM and VCIOM are veterans and they do it professionally. But they’ve been given an assignment. They don’t falsify anything, but I think they’re limited by being so close to the government. I don’t think they publish all the information they collect.”

“It’s important to know these numbers, but we shouldn’t believe them blindly, we need to understand what’s behind them. Opinions differ and we try to capture them. Opinions are often formulated in the research process. exist. It would be much worse without them.”