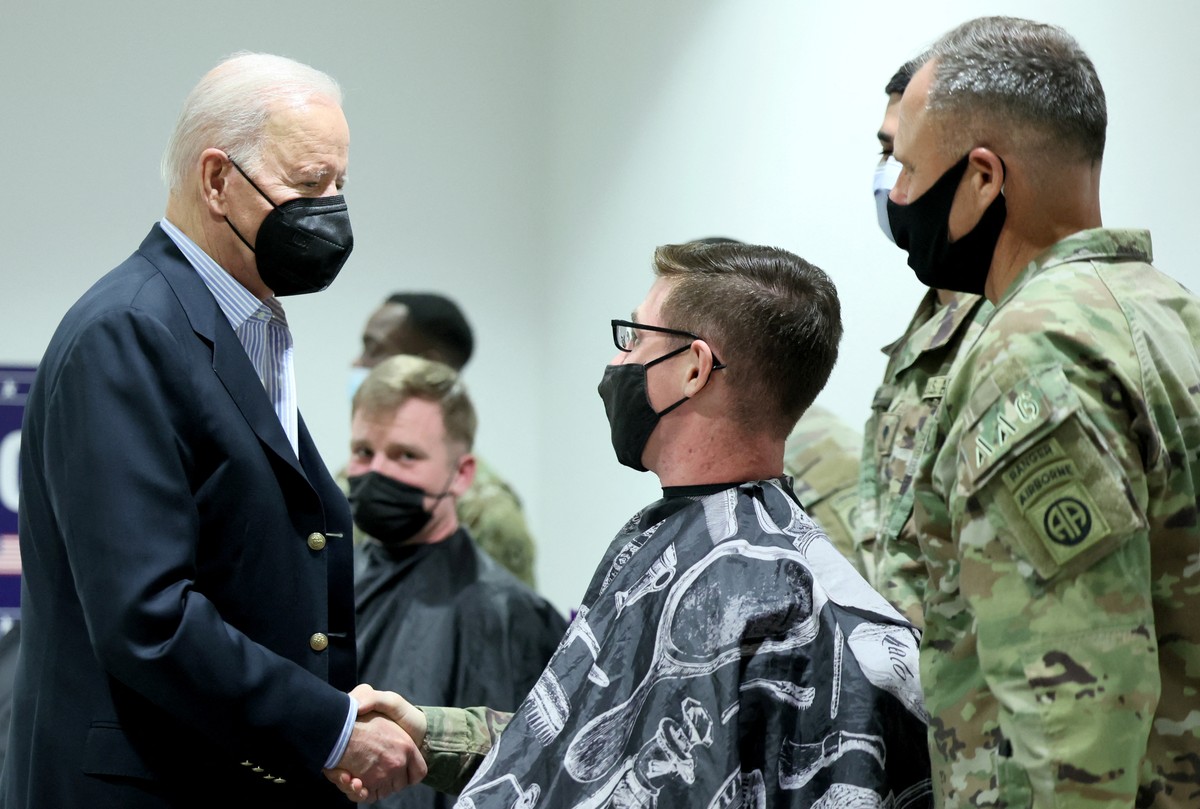 These were the first talks the US president had with Ukrainian officials since the start of the Russian invasion on February 24.

Biden goes to Poland to support refugees and visit troops

During the meeting, Biden sat at a long white table alongside his secretaries of state, Antony Blinken, and defense, Lloyd Austin.

At the head were Ukrainian Foreign Minister Dmytro Kuleba and his Defense counterpart Oleksiy Reznikov.

Will speak on behalf of the ‘free world’

Biden will say in a speech on Saturday that the “free world” opposes Russia’s invasion of Ukraine, and that there is unity among major economies to stop Vladimir Putin’s war.

The US president is on a three-day trip to Europe. In addition to meeting with Ukrainian officials in Poland, he spoke with leaders of other European countries, the G7 (group of richest countries in the world) and the North Atlantic Treaty Organization (NATO). He even visited American troops in Poland.

There is also an appointment with the President of Poland, Andrzej Duda, this Saturday.

Poland is the largest country that was communist and belonged to the Warsaw Pact which is now part of NATO.

In recent years, there has been a strengthening of populism in the country and there are conflicts between the Polish government and the European Union. However, with the threat of Russia, which invaded a neighboring country of Poland, Duda got closer to the countries of Western Europe and the USA.