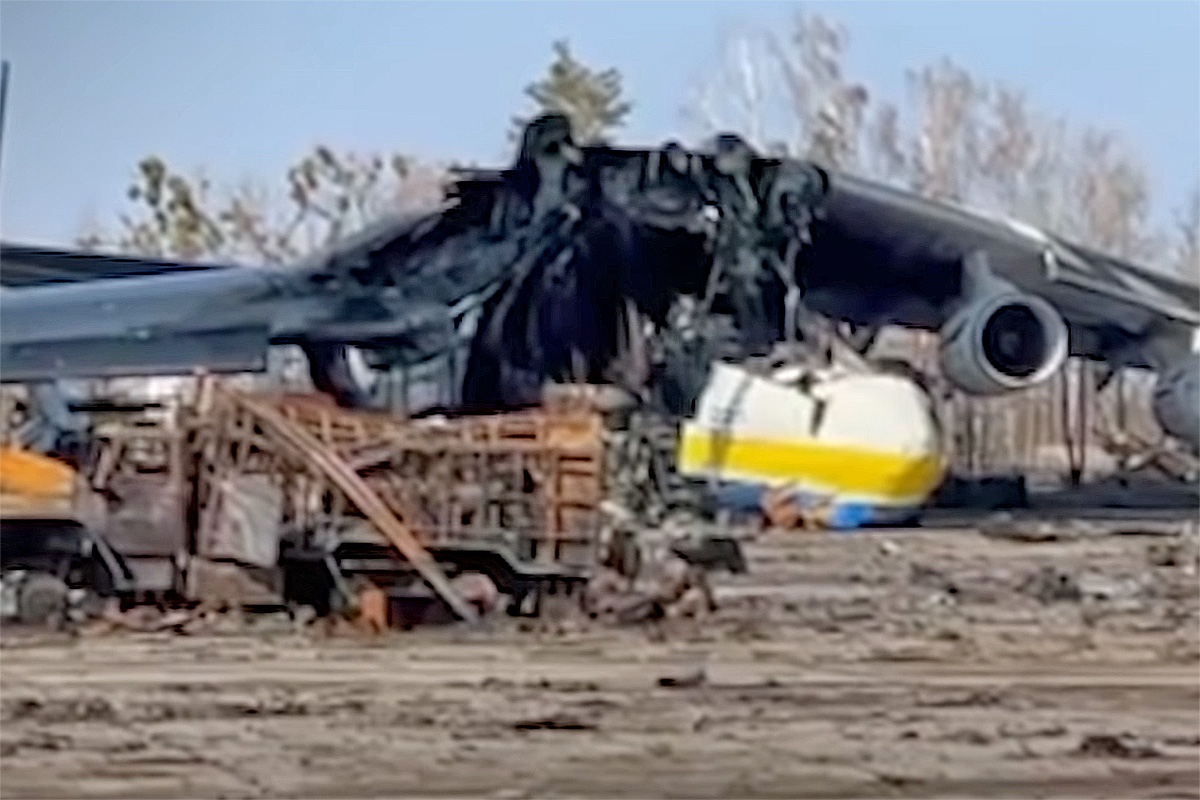 Abhishek Pratap March 26, 2022 News Comments Off on New images show the destruction of the Antonov An-225 from another angle 65 Views

The destruction of the Antonov An-225 Mriya became more noticeable in a new video recently recorded at Gostomel Airport, near Kiev, Ukraine.

The largest plane in the world, the only one of the model ever made completely in history (there is another just started and never completed), was in Gostomel when Russian forces invaded the airport for the second time, after a first failed attempt to take the airfield. landing.

This time, however, the An-225 Mriya was hit, and now the Russian newspaper Komsomolskaia Pravda, which is from the Soviet era as well as the Antonov plane, has shown a little more of how the aircraft was, being possible to see that the damage to the fuselage are more extensive than previously seen.

The reporter narrates that the aircraft, one of the great symbols of the Soviet Era, would have been destroyed by Ukrainian artillery, and that one of the plane’s pilots revealed that there was indeed the possibility of taking the An-225 out of there, but the Antonov board opted for not do so, as shown by AEROIN in recent days. The journalist also comments on the possibility of the giant plane being rebuilt, but that nothing has yet been defined on the subject.

A curious fact is that the reporter, as well as others who were at the scene, does not get very close to the An-225, which would allow to see more details of the destroyed jet and possible wreckage of projectiles that hit the Antonov.

In the video it is also possible to see Russian troops from the VDV (Parachute Division) securing the place, probably due to reports that Ukrainian troops have managed to repel and even advance in some points of Gostomel, but still far from the airport. Check out the video: