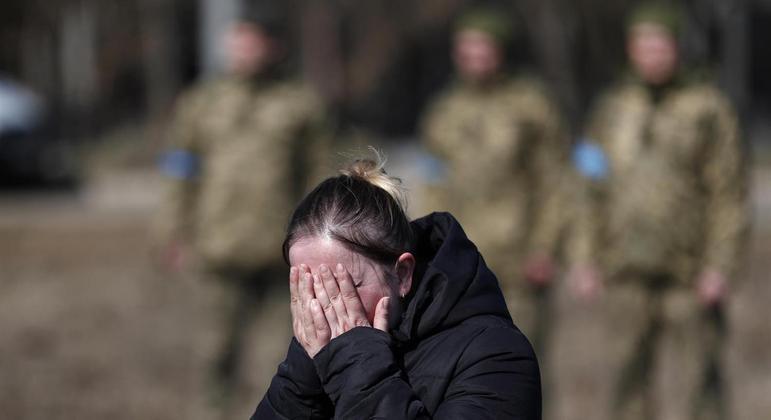 The high number of civilian casualties and the scale of the destruction of civil infrastructure in the war in Ukraine indicate that international humanitarian law was violated and war crimes were committed, according to the representative of the High Commissioner for UN Human Rights in the country, Matilda Bogner.

“The magnitude of the civilian casualties, as well as the damage to civilian objectives, very clearly suggests the violation of international humanitarian law in indiscriminate attacks,” said the member of the cabinet, led by Chilean Michelle Bachelet, via videoconference.


Bogner pointed out that in the war in Ukraine, high-impact explosive weapons are being used close to populated areas, while residential and administrative buildings, as well as medical and educational facilities, electrical systems and drinking water pumping stations, “were destroyed in large scale, with disastrous effects on civilians”.

The representative of the High Commissioner said that “the principles of distinction and proportionality” are being violated, as well as the prohibition of indiscriminate attacks and the basic rule of taking all possible precautions to ensure that this does not happen.

In addition, Bogner said that, since the beginning of the war, the UN had received reports of killings as a result of shootings, “without prior warning”, by Russian forces against civilians as they tried to flee in their cars and from participants in peaceful demonstrations against the war. .

On the other hand, Bachelet’s office has information about the arbitrary detention and disappearance of 22 Ukrainian civil servants in regions under Russian control, 13 of whom are known to have been released.


Likewise, 15 journalists and activists who opposed the war were detained in Kiev and other Ukrainian cities.

“We are trying to verify that five of the journalists and three of the activists have been released. The whereabouts of the rest of the individuals remain unknown,” concluded Bogner.

Russia on Friday denied that it was violating international law after it was accused by Ukraine of using phosphorus bombs in its military intervention in the neighboring country.

“Russia has never violated any international conventions,” Kremlin spokesman Dmitry Peskov said, responding to a question from journalists about the Ukrainian allegations.