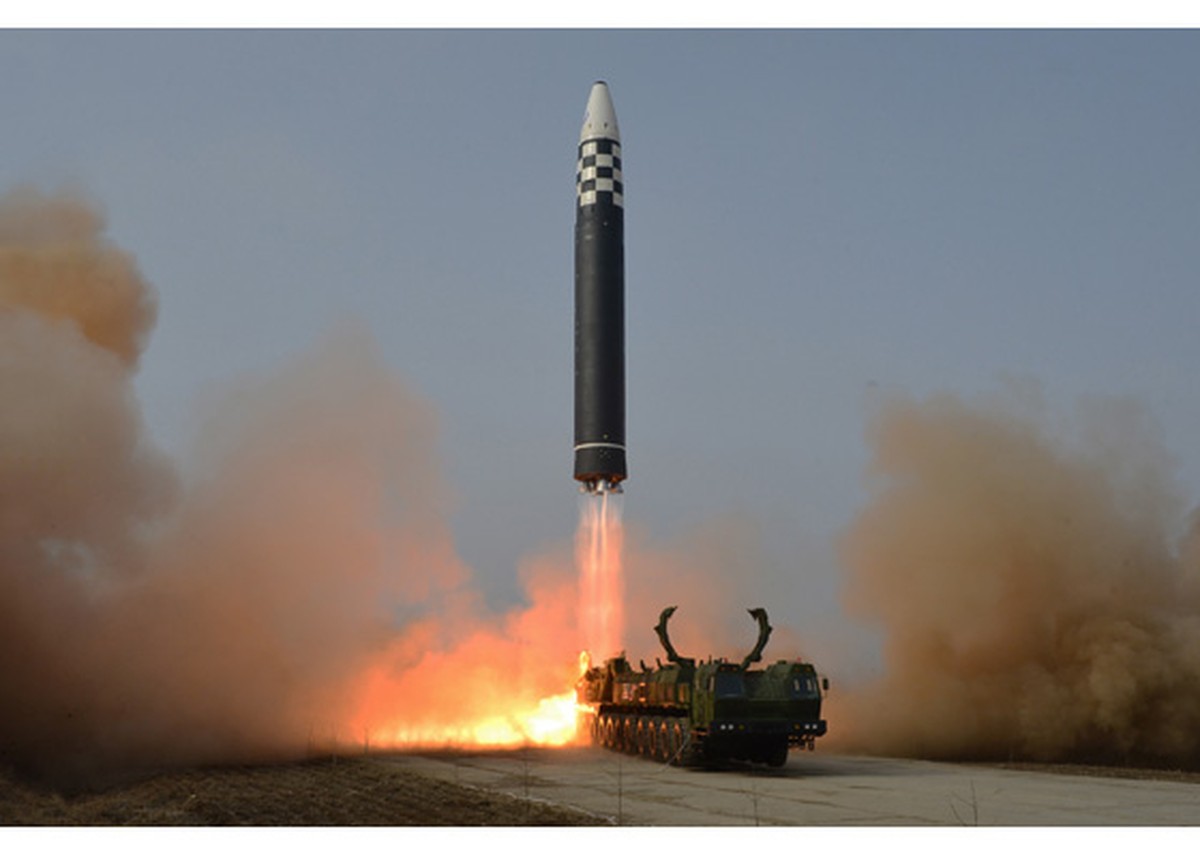 What is known about North Korea’s ‘monster missile’ | World

North Korea continues to improve its military technology, despite international pressures and sanctions that have been unable to prevent Pyongyang from developing more capable and deadly weapons. The country has carried out more than a dozen weapons tests this year, and Thursday’s launch of an intercontinental ballistic missile (ICBM) appears to have set a new milestone.

The missile tested, called the Hwasong-17, has been dubbed a “monster missile” by military analysts and is the largest of its kind ever fired by Pyongyang.

“If launched on a normal trajectory, it would reach the entire continental United States, and with some clearance,” Ankit Panda, Asia-Pacific security expert at the Carnegie Endowment for International Peace, told DW.

North Korea has not tested an intercontinental ballistic missile since 2017, and dictator Kim Jong-un had said in April 2018 that Pyongyang “no longer needed” to test long-range missiles and nuclear weapons, before meeting twice with the North. then US President Donald Trump.

Five years later, Kim personally followed the launch of an ICBM, with propaganda about the event being broadcast in state media and praising a “new strategic weapon … that confirms the modernity of our strategic force.”

Pyongyang said the launch of the Hwasong-17 “will clearly show the power of our strategic force to the entire world once again”, and that North Korea was “fully ready” to “counter any military attempts on the part of US imperialists”. .

North Korea had previously been banned by the UN from testing ballistic weapons, and the United States announced sanctions in response to the new test. However, the Kim regime considers military deterrence to be more important to its survival than any damage that sanctions may cause.

“Each test yields useful data for the North Koreans on how to improve the credibility of their nuclear deterrent,” Panda said.

What do we know about Hwasong-17?

The Hwasong-17 was first unveiled at a military parade in October 2020, but was first fired in a test run just this week, according to 38 North, a US-based think tank.

An ICBM is a guided missile designed to carry nuclear warheads with a range of 5,500 to 16,000 kilometers, although it can carry other payloads as well. ICBMs are much faster and have a much greater range than other types of ballistic missiles.

North Korean media reported that the Hwasong-17 reached an altitude of more than 6,200 kilometers in a flight that lasted 67 minutes and reached a distance of 1,090 kilometers before hitting a target at sea. Japan and South Korea also reported similar data. 38 North estimates the missile to have a diameter of 2.5 meters.

Image analysis of Thursday’s test indicates that it was the first time North Korea has fired an ICBM from a carrier erector launch vehicle (TEL), an expensive piece of equipment made in China. According to Panda, the Hwasong-17 is probably the largest liquid-propellant missile ever launched from a road hauler.

The missile’s most worrisome feature, however, is its potential ability to carry more than one nuclear warhead, which makes it very difficult to defend against an attack.

Based on what was seen in previous parades and exhibitions, 38 North analyst Vann Van Diepen wrote before the test that the key quality of the new missile was its increased payload capacity, which could make it easier to launch multiple warheads, larger warheads or more resources to penetrate missile defense systems.

I don’t think anyone is really surprised that [o teste] have been carried out. They’ve clearly been working towards this for the last few launches, and there was already a growing expectation that they were going to use it to launch the reconnaissance satellite, which they indicated will be ready soon,” Jenny Town, director of 38 North, told DW. .

Officials in Seoul and Washington said launch tests carried out by North Korea on February 27 and March 5 likely involved system components from the Hwasong-17, which could have been in preparation for the full test seen on Thursday. .

At the time, Pyongyang said it had launched ballistic missiles of unidentified range, which it said had been used to test components of a reconnaissance satellite at operational altitudes, according to 38 North.

North Korea’s intercontinental ballistic missiles are called “Hwasong”, which means “Mars” in Korean. Several launches carried out in 2017 involved the Hwasong-15 missiles, which reached an altitude of 4,500 kilometers.

The Hwasong-15’s estimated range of 13,000 kilometers, when fired on a standard trajectory, could put any part of the continental United States in its sights.

Additionally, 38 North estimates that the Hwasong-17 can carry a payload of around 1,700 kilograms, versus the Hwasong-15’s 1,000 kilograms. The increased payload capacity could allow different artifacts to hit multiple targets.

The expansion of North Korea’s missile capability is intended to deter the US. However, Pyongyang recently indicated that its short- and medium-range weapons would also be effective against targets in Japan and South Korea.

How does the new missile affect talks with the US and South Korea?

The international community was quick to condemn the new launch, but Pyongyang is unlikely to intend to use its weapons tests as a bargaining chip in the short term.

“I wouldn’t call this a ‘game changer’ as the North Koreans have not responded to overtures to resume talks with the United States and South Korea for some time,” Town said.

“It is quite clear from the North Korean statements and initiatives that they were not very confident that further negotiations would lead to short-term results,” he added.

Included in that calculation is the return of the United States to a more “traditional” political stance under President Joe Biden, and the next conservative presidential administration in South Korea under Yoon Suk-yeol, which has promised a tougher line on Pyongyang.

“With tensions between the United States and China rising and relations with Russia deteriorating, there is a growing sense that political and ideological blocs are remaking themselves and that the UN Security Council is now effectively paralyzed,” Town said.

She added that there is an accelerating arms race in northeast Asia, with countries like South Korea testing missiles and all regional actors strengthening alliances and building new security pacts. “This is not really the kind of security environment in which North Korea is expected to be willing to negotiate limits on the development of its own weapons,” she said.