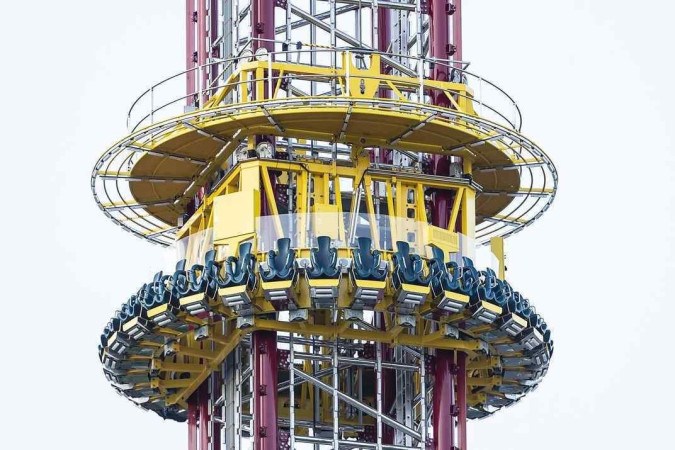 14-year-old dies after falling off attraction at Orlando park

A 14-year-old boy died after falling off an attraction at Icon Park amusement park in Orlando, United States. The accident happened last Thursday (24/3). The information was confirmed by local authorities.

The teenager was in the “Orlando Free Fall”, a kind of elevator that rises to a height of 130 meters and falls in free fall shortly after reaching the top. The fall happened after the boy detached himself from the toy’s seat while it was in free fall.

Witnesses told NBC that they saw the boy slip out of his seat. The American police opened an investigation into the case. Watch the video of the moment when the child supposedly falls from the toy:

The attraction was closed shortly after the accident and the young man was taken to the hospital still alive, but he could not resist. The company responsible for making the toy said it is collaborating with investigators and trying to assess what may have happened. The toy remains closed for investigators to proceed with investigations.

Until the last update of this report, Icon Park has not yet commented on the accident.

Orlando is one of the main vacation destinations in the USA, especially for Brazilians. The city is located in the US state of Florida and is home to famous parks such as Disney and Universal.