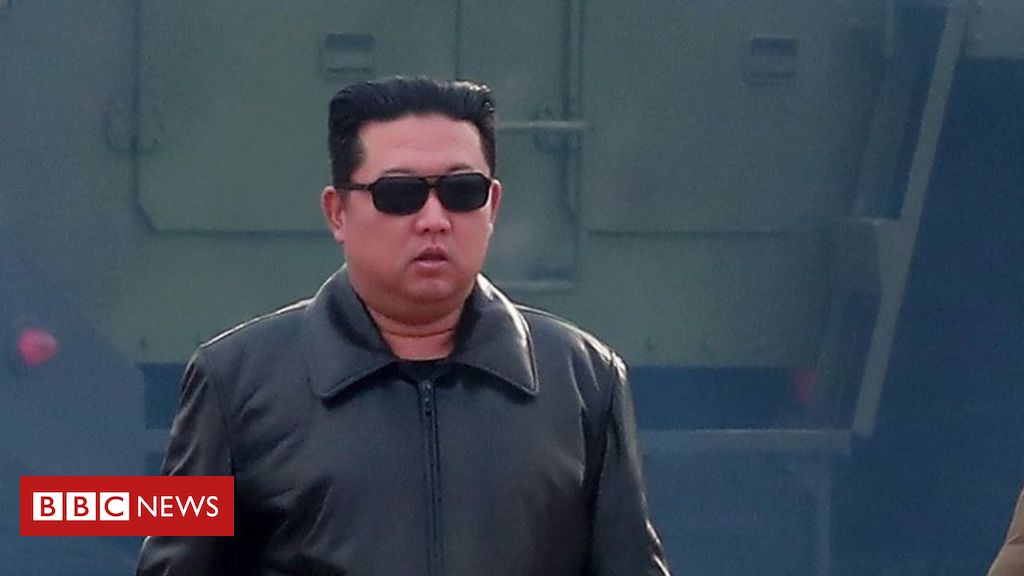 North Korea announced the launch of a ballistic missile that possibly had an intercontinental range, causing great international concern.

But it was the way the news was broadcast on North Korean state television that caused the most astonishment.

Instead of a triumphant and solemn message, this time the North Koreans saw a video in the style of Hollywood action movies.

There was everything from leader Kim Jong-un wearing a leather jacket and sunglasses, to dramatic music and effects.

North Korea’s Central Television usually broadcasts a repetitive series of Kim family propaganda, along with shows by military bands and films about patriotism and labor exploits.

Anything that deviates from this is highly unusual and even frowned upon. That’s why coverage of the Hwasong-17 missile launch was so different.

Technically, the news came in a newsletter, but the style was anything but.

The multiple shots of the missile launch accompanied by a soundtrack are interspersed with triumphant statements from news anchor Ri Chun-hee.

This is all new to the country’s viewers. Aside from productions smuggled in from abroad, for which those involved risk severe punishment, there is virtually nothing like it on North Korean screens.

It appears that the country’s powerful Propaganda and Agitation Department knew something was at stake with this message.

They created an emotional video for North Korean viewers that serves as a boost to both national pride and to showcase a new, more dynamic image of Kim Jong-un.

The last time such a thing was attempted was the North Korean leader’s 2019 trip to Mount Paektu, in which Kim appeared on horseback.

It is almost impossible to say what the North Koreans’ reaction was, but it is likely that most did not understand the sudden change in tone.

But the people behind the North Korean propaganda knew that the video would be seen and talked about abroad, so perhaps all the effects of this “Hollywood movie” were deliberate.

Overall, it is intended to be a statement about North Korea’s nuclear program. The Hwasong-17 is a weapon that Kim is very proud of.

He is sending a message to the rest of the world, especially the United States, that North Korea has the ability to strike anywhere if it wants to.

The United States remains a constant target of Pyongyang’s external messages, although the war in Ukraine was barely mentioned in the North Korean media last month, and when it was, the blame fell on the Americans.