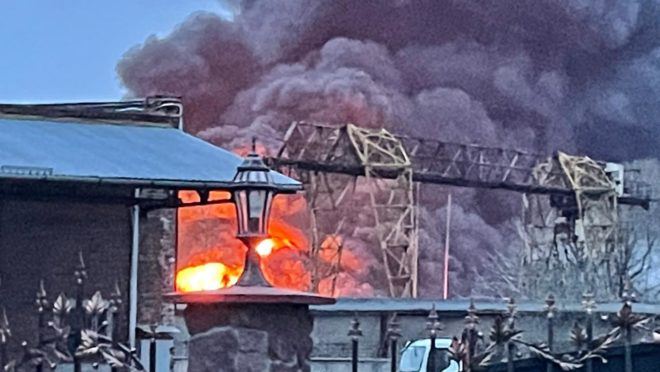 The attack in Lviv, near the Polish border, left at least five people injured.| Photo: Luis Kawaguti/Gazeta do Povo

At least two regions of the city of Lviv, in western Ukraine, were hit by Russian missiles on Saturday afternoon (26). City Mayor Andrii Sadovyi said the attack was a message to US President Joe Biden.

“Today’s attacks on our city were a hello from Vladimir Putin to Biden,” Sadovyii said. He said he made the relationship because Lviv was 70 kilometers from the Polish border. Speaking in the Polish capital Warsaw, Biden said Putin could not remain in power.

According to him, two targets were hit on the outskirts of Lviv, one of them infrastructure – possibly a fuel depot – and a military installation. The Ukrainian government did not give details about the targets, saying it did not want to help the Russians “calibrate their aim”.

The attacks damaged nearby civilian buildings, including a kindergarten. Ukrainian authorities said there were no deaths, but five people were injured. In the vicinity of the burning fuel depot, it was possible to see many houses with broken windows and entire families leaving the region with suitcases and pets.

The attacks took place at 4 pm local time, 11 am in Brazil. At 20:50 the air raid sirens sounded again, but no new attacks were recorded. According to Mayor Sadovyi, the missiles would have come from the Sevastopol region, where there is a large Russian naval base. They would have hit several cities in Ukraine.

US President Joe Biden| Photo: YURI GRIPAS/REUTERS Officials and former US diplomats have signaled the …