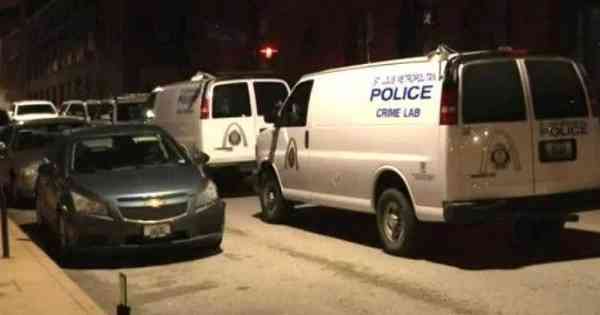 A 12-year-old American accidentally killed her 14-year-old cousin and then killed herself during an Instagram live in Missouri, USA. They were at a birthday party when tragedy struck. Police were called around 2 am on Friday (25/3) and found the two dead at the scene, in downtown St. Louis.

Agents treated what happened to Paris Harvey, 12, and Kuaron Harvey, 14, as a murder-suicide. However, the family claims it was a “bizarre accident”. “It wasn’t murder. It wasn’t a suicide. It was a bizarre accident. It happened,” the teenager’s mother, Shinise Harvey, told the Daily Mail.

The episode took place during a family party, when teenager Paris and cousin Kuaron locked themselves in the bathroom of the apartment where the event was taking place, and began a live broadcast to show the gun, which caused the tragedy. The police still do not know who owns the weapon and how the victims gained access to it.

The teenagers’ grandmother, Susan Dyson, was watching live at the time of the tragedy and stated that the two did not argue, they only showed the gun to the few followers, in an action that the family classified as “an attempt to appear very cool” to the few followers. of the social network.

She said that a first shot “escaped” and hit Kuaron in the head. With fright, the girl dropped the gun, and when she picked it up again, she took the trigger and the gun, which was pointed at her, made a fatal shot again at Paris. something like. They were playing with the gun when they shouldn’t have been. Of course, they shouldn’t have done that. She fired by mistake,” the grandmother told the Post-dispatch newspaper.

The family members said that, initially, the teenagers would not go to the party because it was only for young people and adults in the family. But, at the insistence of the cousins, their mothers allowed the two to go to the celebration, but the women did not remain in the place.

“No matter how well we try to raise our children, they will still venture out,” lamented Paris mother Shinise, who did not see the live stream. “With all the family that was there, everyone should make sure they were both okay. Everyone should keep an eye out. We have to take care of each other, we are a family and they were young,” the woman tearfully told ABC News.

According to family members, the cousins ​​were close and called each other brother and sister. The two were always together on some live broadcast to show new rap rhymes, internet trends and pranks they played with other family members.

Paris had eight siblings and was described by her family as “a funny seventh grader” and “she has a beautiful voice”. J Kuaron has been described as a playful, active teenager who was always on the verge of doing “a backflip”.