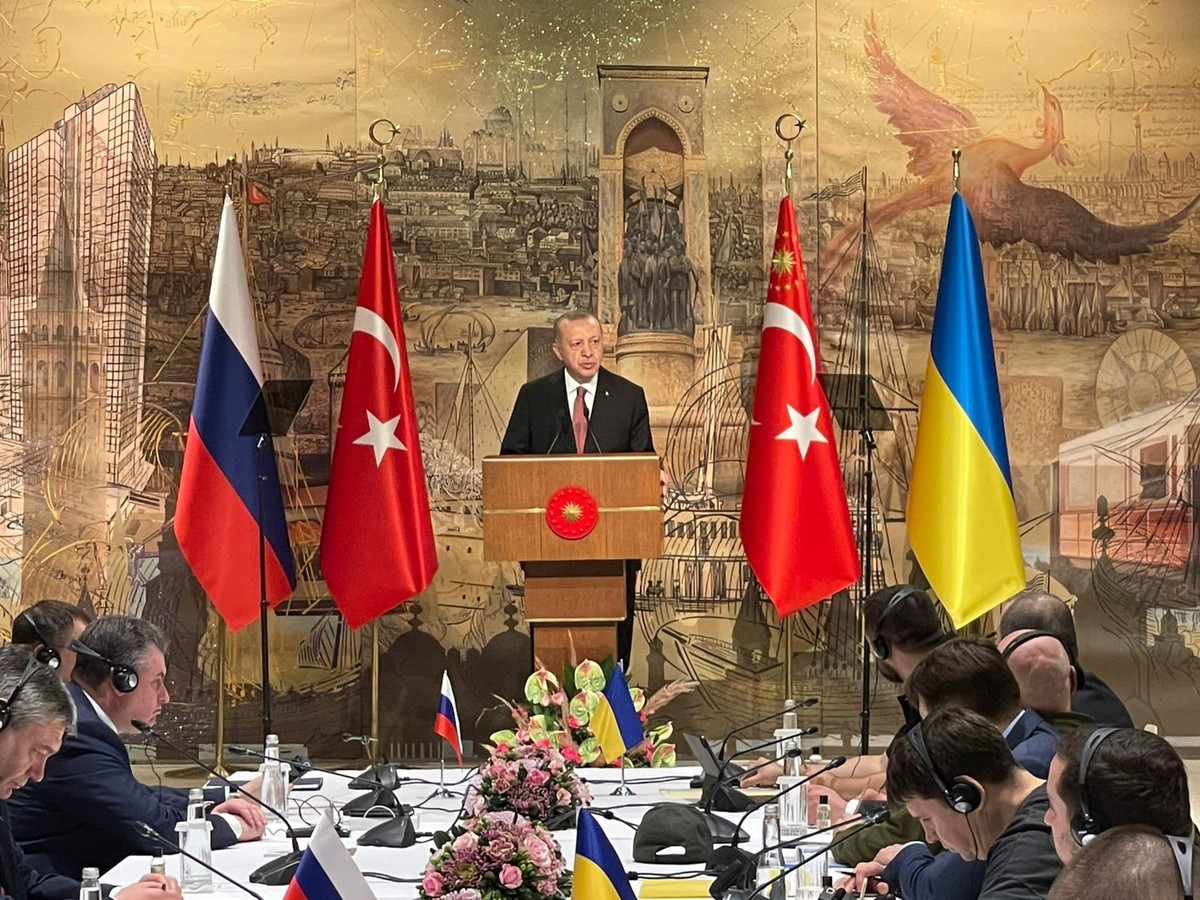 Direct talks between Ukraine and Russia start in Istanbul | World

A new round of negotiations between Ukraine and Russia began on Tuesday morning (29), which will try to unlock an agreement to end more than a month of Russian attacks on Ukrainian territory. Meeting in Istanbul, Turkey, the delegations of the two countries debate this morning the two main points imposed by the Ukrainians: security guarantees and the organization of a ceasefire on humanitarian grounds.

The delegations from the two countries were received by Turkish President Recep Tayyip Erdogan, who called for an immediate end to the war. Last week, the conversation between the two countries ended at the main points. On Sunday (27), however, the Ukrainian president

“The talks that are taking place now focus on important issues. One of them is international security guarantees for Ukraine and the second is the ceasefire so that we can solve humanitarian problems that have accumulated in the country,” said the political adviser to the government of Ukraine. Ukraine Mykhailo Podolyak. “With this agreement we will be able to end the war.”

On the Russian side, negotiator Vladimir Medinsky said on Russian state television that the two sides should produce a joint statement as early as this Tuesday. The delegation sent by the Kremlin will demand neutrality guarantees from Ukraine.

At the beginning of the session, the Turkish president asked for collaboration from both sides. “The parties have legitimate concerns, it is possible to reach a solution that is acceptable to the international community. Prolonging the conflict is in no one’s interest,” said Erdogan, who urged the delegations to hurry.

“The whole world is waiting for good news,” the Turkish leader told negotiators.

Russian oligarch Roman Abramovich listens to a speech by the Turkish president at the opening of the meeting in Istanbul (Photo: via AFP)

According to Agence France Presse, Russian oligarch Roman Abramovich, who tried to position himself as a negotiator between Moscow and Kiev, is also taking part in the meeting. Abramovich and other members of the Ukrainian delegation fell ill after a meeting in the Ukrainian capital, and a suspicion of poisoning was raised, which the US intelligence service denied on Monday.

In March, Turkey hosted the first meeting of Russian and Ukrainian foreign ministers since the start of the Russian invasion. But the meeting did not result in a ceasefire and no significant progress was recorded.

Turkey, which shares the Black Sea coast with the two belligerent countries, has been working since the beginning of the crisis to maintain fluid ties with both sides and is striving to act as a mediator in the conflict. Ankara is a traditional ally of Kiev and provided the country with the Bayraktar drones, which Ukraine uses in the conflict.

At the same time, Erdogan’s government also seeks to maintain good relations with Russia, as it relies heavily on gas imports and tourism revenues.

Turkey was also involved, alongside France and Greece, in negotiating a humanitarian withdrawal of thousands of civilians stranded in the Ukrainian port of Mariupol, surrounded by Russian soldiers.