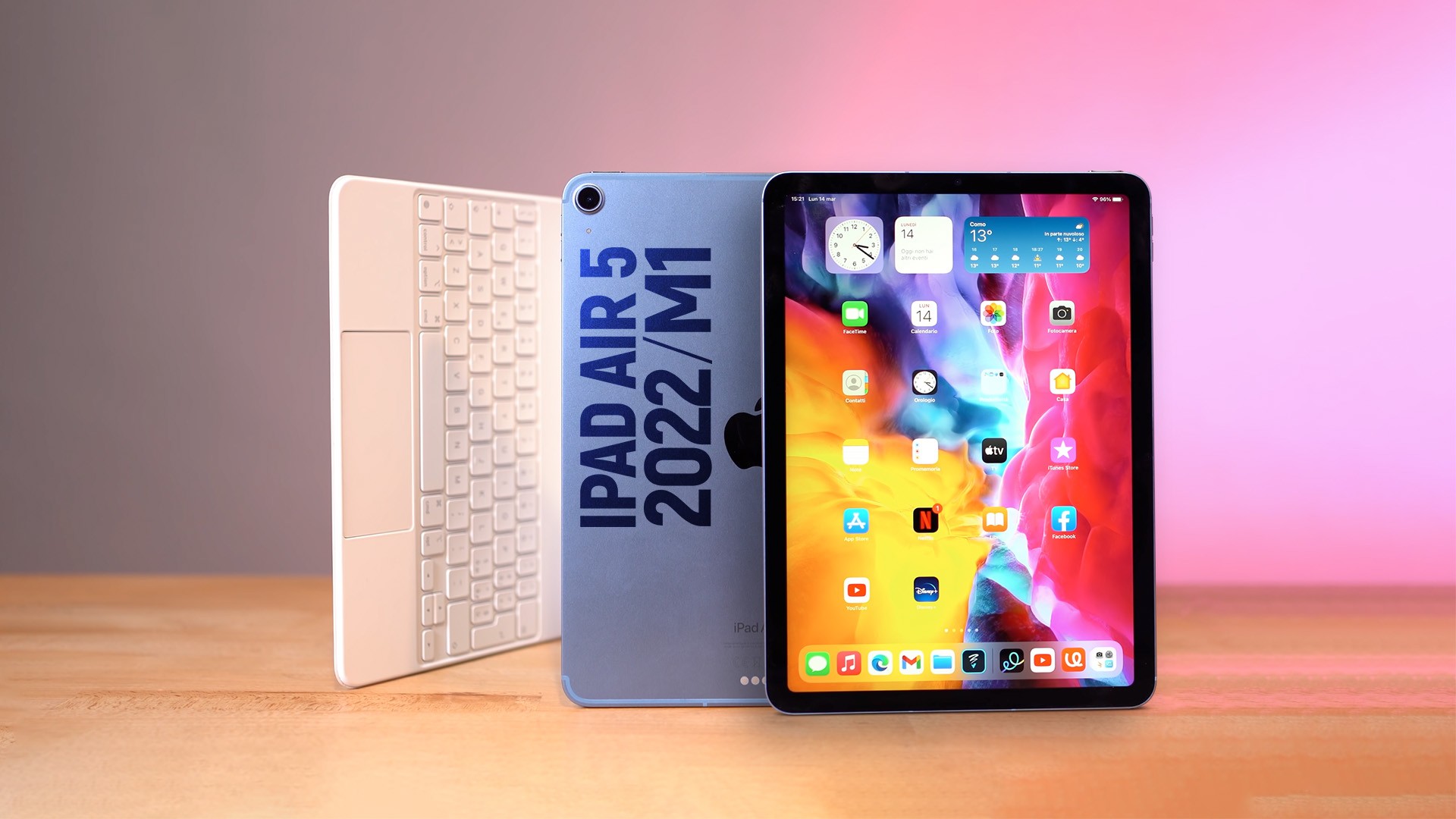 Apple has updated its iPad Air for 2022 with an important highlight in its internal configuration. Now, the proprietary M1 chip, famous for powering recent Macbooks, has arrived at the brand’s mid-range tablet with the promise of big strides in performance and graphics.

After all, what can we find on the device in its latest version? Does the tablet only have the new novelty component? You will check out all the details in this Hands-on, in partnership with our Italian brothers from HDBlog. 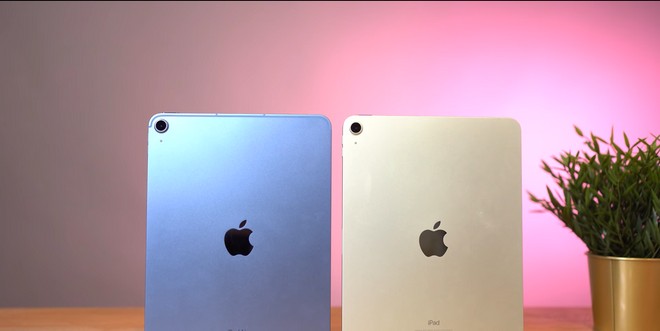 Starting with the design, if you put the iPad Air 5 side by side with its predecessor, you might not be able to tell the difference between them. And no less. They have an identical look, especially when we consider their more sober lines and their metallic construction.

One of the highlights is the new blue color. Depending on the viewing angle, it generates an effect that alternates shades along the cover. The dimensions also do not change in relation to the previous model, that is, we have a thickness of just over 6 millimeters here. 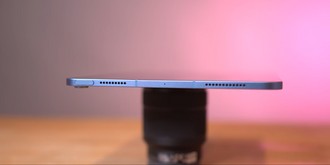 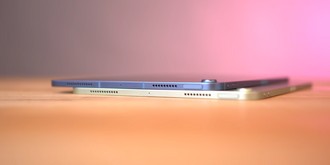 The weight has now gained up to three grams in its version that has an antenna for 5G. It’s like two iPhone 13 Pro Max together. Even so, we still find a very solid and premium experience when the product is in our hands.

Too bad we don’t have a water resistance certification yet, but just don’t use your iPad near the pool or in the shower and that shouldn’t be a problem. 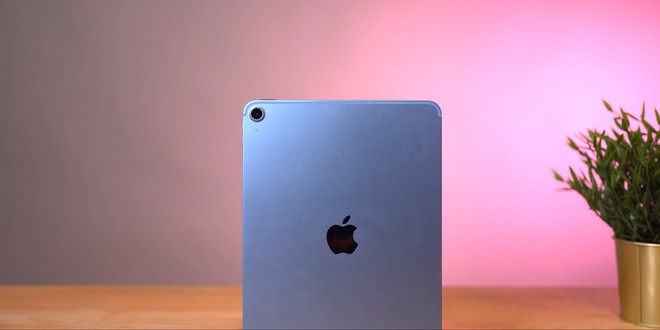 Since the predecessor, Apple had already adopted USB-C as the standard connector for its line of tablets. It is now updated to support faster transfer rates, which can reach up to 10Gbps. It just lacked compatibility with Thunderbolt technology, to bring even more differentials.

The “Apple” even inserted a biometric reader integrated into the power button. The position may not be so pleasant at first, so think that you will have to get used to looking for the most comfortable way to unlock the screen. 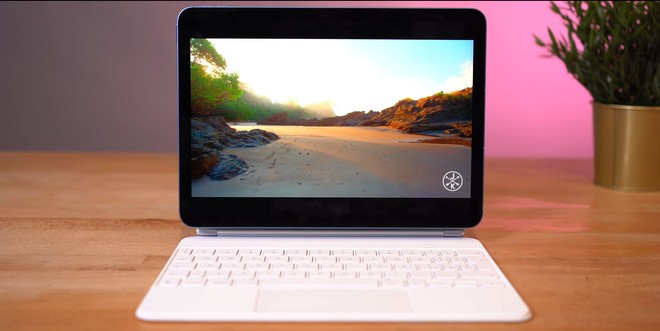 On screen, we also find the same 2020 IPS LCD display, with Liquid Retina technology, to give a greater immersive experience, with 3.8 million pixels. The panel still has True Tone certification for the contrast and anti-reflective coating, which does not leave the view as if it were a mirror.

The size remains the same at 10.9 inches, as well as the resolution that can be considered a 2K. We have protection on the glass here against possible scratches. A pity that Apple did not dare to increase the refresh rate of the device, to give more fluidity in animations and games.

As for the sound, the design with four areas of holes in the frame can even fool you into thinking that there are four speakers. However, there are only two on this device. Even so, the stereo system is of great quality and it won’t let you down.

It is always important to remember that there is no connector in the P2 standard for headphones, so you already know that the best solution is a wireless accessory, really. 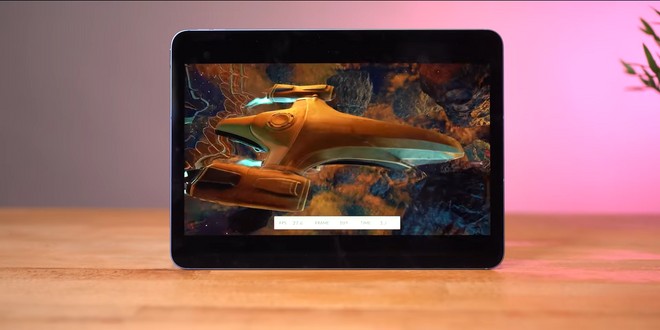 One of the biggest highlights of the iPad Air 5 is the presence of the M1 chip, to replace the A14 Bionic of the previous generation. And what will this change in practice? Well, the presence of two performance cores to total the four of the new “Apple” platform increases the operating frequency per core, which generates greater performance in tasks in general and even in heavier apps.

When it comes to the GPU, the graphics of the Apple component have doubled performance compared to the previous model. In other words, advanced editing programs or even compatible games shouldn’t be a problem here.

The memory has also evolved from 4GB to 8GB of RAM, which should improve the multitasking experience, especially in dual-window mode. Storage options range from 64GB to 256GB.

The battery has not been changed and remains the same 28 Wh lithium polymer, which promises a maximum of 10 hours for surfing the internet via Wi-Fi or watching videos. Unlike what Apple applies in its line of smartphones, the plug adapter comes in the iPad box, with support for 20 W charging.

The fifth generation of iPad Air already comes with iPadOS 15 factory installed. The highlights are the compatibility with external accessories if you want to increase your productivity. Here we can mention the Apple Pencil, the pen for writing on the screen; and the Magic Keybord, the brand’s keyboard that allows you to have an experience closer to a notebook.

In terms of connectivity, the main addition was 5G, which now improves mobile connection with less latency and more speed. In the Cellular model, you can choose between using a regular SIM card or even installing an eSIM. You’ll still find fifth-generation Bluetooth and sixth-generation Wi-Fi in it. 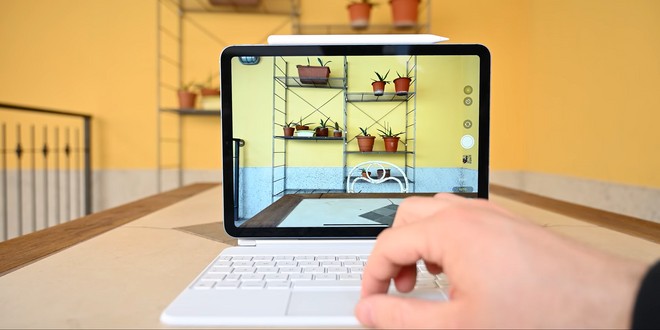 No modification to the rear camera, so at this point we will still have the 12 MP wide-angle sensor, compatible with autofocus. It also has optical stabilization and HDR, to improve captures. However, you will not have the same level present on a cell phone, for example. Understand this usage for emergencies only.

Moving to the front, there was an advance in the front camera, which jumped from 7 MP to 12 MP. But it was not the definition that improved. The lens is now an ultrawide, with Center Stage technology. It allows you to correct positioning problems by always placing the foreground object in the center of the image. 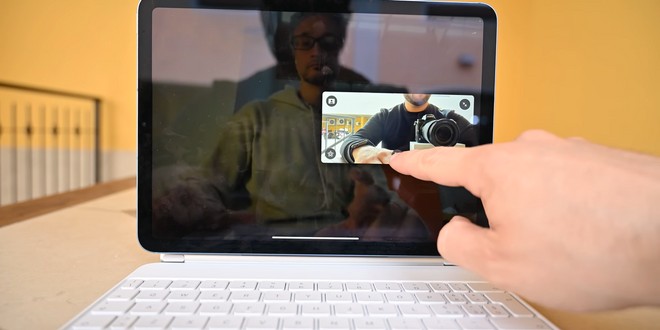 Unfortunately, the feature does not apply to all applications for video chatting, but the most famous ones should know how to use the feature well. Another important point is the support for video recordings in 4K, to be able to film in a good resolution to be reproduced on current modern TVs.

The iPad Air 5 may already have a familiar appearance outside the aluminum, since its look is practically identical to the predecessor, but what will show the evolution of the device is in the internal parts.

And in this regard, we can put the Apple M1 chip as the main inclusion. It allows you to level up the performance of the brand’s tablet, whether in processing or graphics. The increase in RAM was also welcome and will improve the user’s multitasking experience.

As for the cameras, we feel a smaller advance, especially when we talk about the rear sensor. It stands on the same level as the previous generation and passes away from everything a smartphone can capture. This means that the preference will still be to take the cell phone out of the pocket for a capture that demands higher quality. At least the front now has a wider angle and new technologies, which adapt to today’s needs for videoconferencing.

The multimedia part did not have many improvements, such as the screen with the same characteristics as before. The design hasn’t changed either, but that doesn’t mean a bad thing, as the predecessor’s look was pleasing.

The new iPad Air 5 with M1 can be ordered in Brazil through Apple’s own official online store. Prices start from R$6,800 for the 64GB model without 5G, but can reach R$8,400 for the most expensive version, with maximum storage and mobile network support.

So, what do you think of the device? Are you thinking about buying a fifth generation iPad Air unit? Do you believe that the M1 chip will bring many evolutions to the device? Tell us in the space for comments.

Raju has an exquisite taste. For him, video games are more than entertainment and he likes to discuss forms and art.
Previous All Elden Ring endings explained
Next Oligarch Roman Abramovich and two Ukrainian negotiators show signs of possible poisoning, says newspaper | Ukraine and Russia