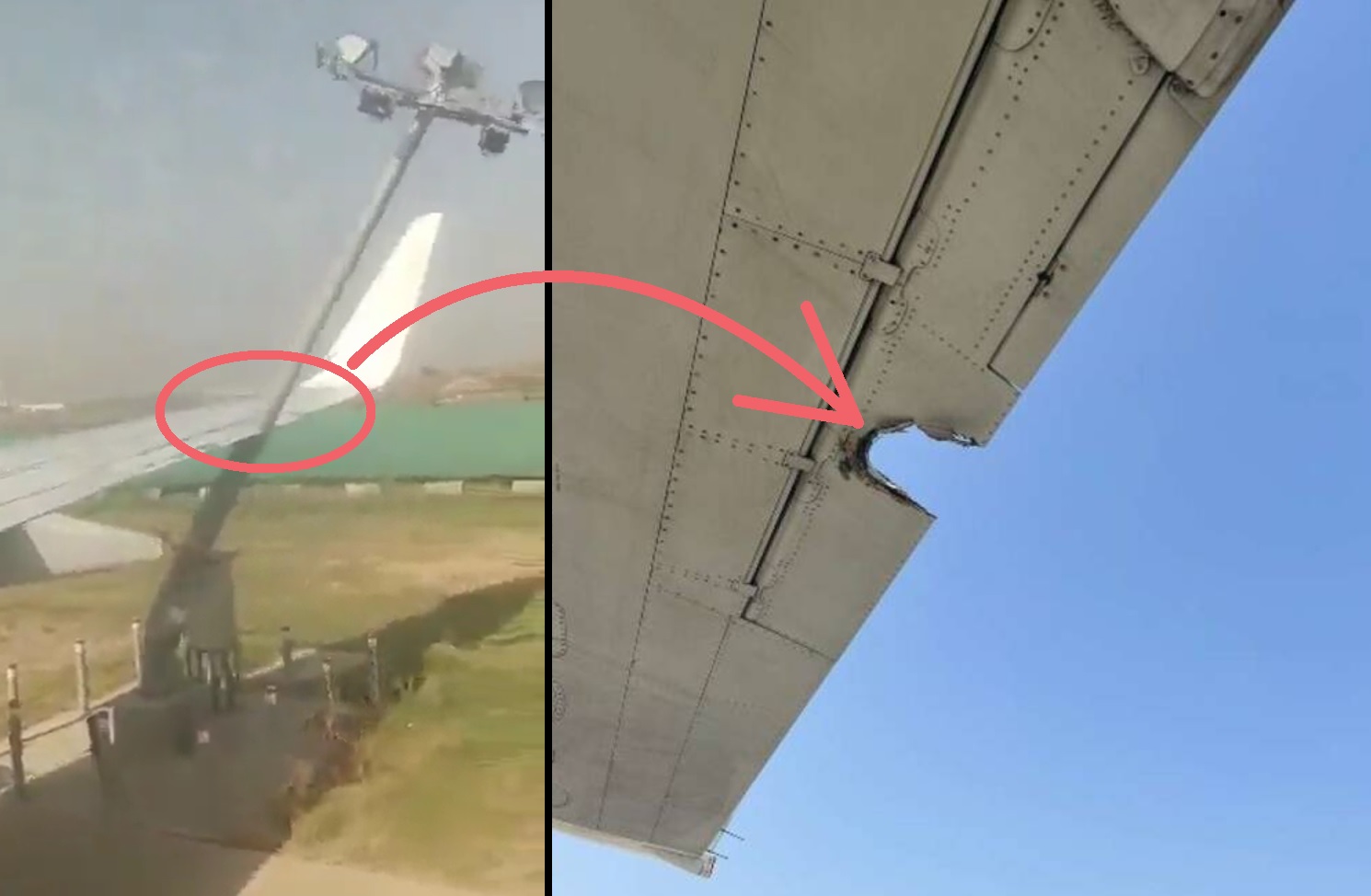 A Boeing 737-800 aircraft operated by the Indian company SpiceJet, registered under the registration VT-SLJ, hit a lamppost at Delhi Airport, India, on the morning of Monday, March 28.

According to the video below, recorded by a passenger while the plane was being pushed backwards (pushback procedure) by the towing vehicle, the right wing of the plane hit the pole in the aileron region, the command surface that assists in performing curves. The incident occurred as the flight was about to depart.

As reported by The Indian Express, the Director of Air Safety at the Indian aviation safety and regulatory agency (DGCA) has initiated a detailed investigation into the incident.

After the occurrence, both pilots, the aircraft maintenance engineer, the wing walkers (persons accompanying the aircraft on the ground to observe the wing tips) and the pushback were removed from service pending the investigation.

“During the operation of pushback, the aircraft was pushed past the taxiway and the apron edge marking. As the aircraft was being aligned, the rear part of the right wing hit the light pole in the yard,” said a source from the Directorate General of Civil Aviation (DGCA).

The source said that after the incident, everyone involved was tested for alcohol and came back negative.

A SpiceJet spokesperson said: “As of March 28, 2022, SpiceJet Flight SG160 was scheduled to operate between Delhi and Jammu. During the pushback, the trailing edge of the right wing came into contact with a pole, causing damage to the aileron. A replacement aircraft was provided to operate the flight.”

According to data from the RadarBox online tracking platform, the Boeing 737 made a local flight around 1 am on the morning of Tuesday, March 29, and then started operating commercial flights, so the aircraft must have been quickly repaired and subjected to a verification test flight.