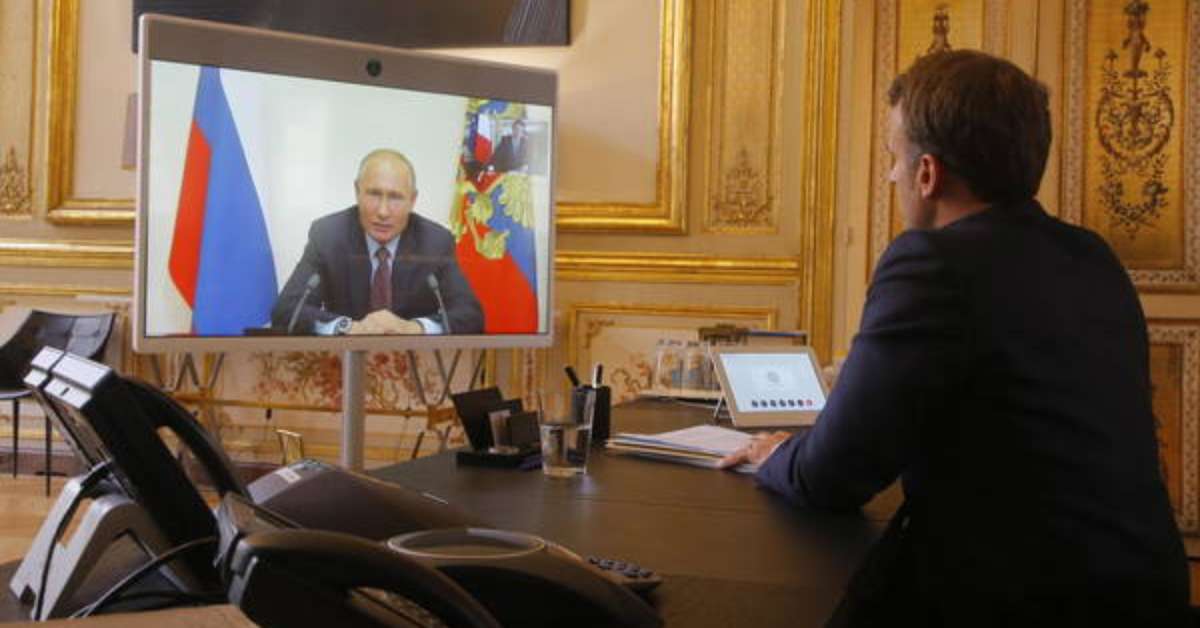 Russian President Vladimir Putin held a virtual meeting this Tuesday (29) with his French counterpart, Emmanuel Macron, to discuss the unfolding of the war in Ukraine and Moscow’s decision to request payment for Russian gas in rubles to Russia. European Union.

During the videoconference, which lasted about an hour, the leaders discussed negotiations between the Russian and Ukrainian delegations for a peace agreement in Turkey and the evacuation of civilians from Ukrainian cities through humanitarian corridors.

Today, the Russian and Ukrainian delegations pointed to progress in the negotiations held in Istanbul, which aim to achieve a ceasefire in Ukrainian territory or at least guarantee humanitarian aid to those displaced by the war.

However, for Putin, Ukrainian “nationalists” must lay down their arms in Mariupol, where a humanitarian operation is not possible at the moment.

In the phone call, the Russian leader “emphasized that in order to resolve the humanitarian situation in that city [Mariupol]the nationalist militiamen will have to end their resistance and lay down their arms,” ​​the Kremlin said.

According to the statement, quoted by the Tass agency, Putin and Macron also discussed Moscow’s demand that payments for Russian natural gas be made by the European Union in rubles. The Élysée Palace, in turn, reported that the French president had denied Putin’s proposal.

Last week, the Russian government announced that Russia would no longer accept payments for its gas or oil in dollars or euros. According to Putin, discharges must be made only in rubles.

The move came after the EU, the UK and the US – as well as other allies – announced a series of tough sanctions against Russia over the war in Ukraine. The G7 countries criticized the decision and declared it “unacceptable”.