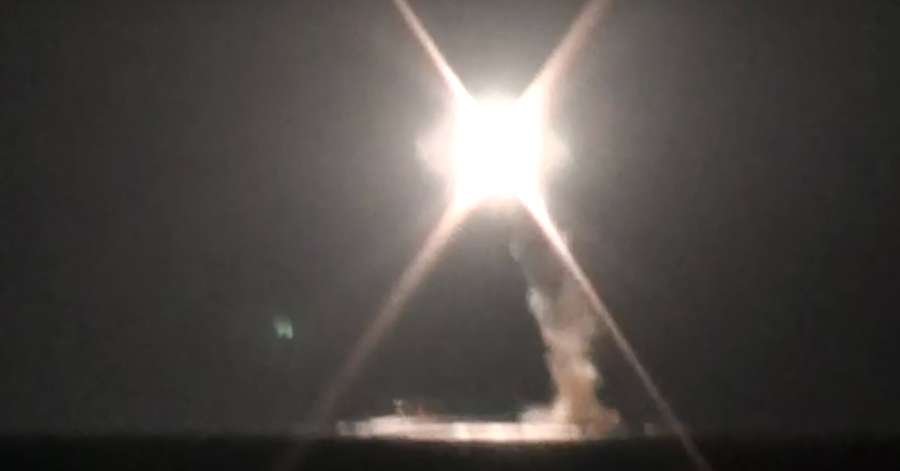 since the beginning of Russia’s war against Ukraine, the use of nuclear weapons by the president Vladimir Putin was always a possibility placed on the table. Owner of an arsenal that dates back to the Cold War, the Russian government has already declared that it can make use of this nuclear power if it feels its existence is threatened.

And when it comes to nuclear conflict, most people remember the atomic bombs dropped by the United States in 1945 on the Japanese cities of Hiroshima and Nagasaki during World War II. The American attack caused great destruction and left thousands dead.

Today, the situation is a little different. According to Felipe Dalcin, an International Relations analyst with a focus on International Security and a master’s degree in International Strategic Studies from Ufrgs, there are two central classifications of nuclear weapons: tactical and strategic. “Strategic ones are used to destroy a city, a nuclear power plant. A tactical nuclear strike would be used on the battlefield,” he says.

In addition to distance, another key point is in relation to the detonation power of tactical and strategic nuclear weapons. Destruction impact varies and is measured in kilotons. Each kiloton is equivalent to 1,000 tons of explosive being fired at the same time.

According to the expert, it is estimated that tactical nuclear weapons, which have great precision power, have a power varying between 0.1 kiloton and 10 kilotons. “The attack on Hiroshima, for example, was 15 kilotons,” he points out.

Strategic nuclear weapons, according to Dalcin, are already much more powerful, with a destructive power of 100 kilotons and upwards. However, tactical nuclear weapons cannot be underestimated. “It is estimated that the most powerful conventional weapon has a destructive power of 0.01 kiloton. In other words, the weakest tactical nuclear attack, of 1 kiloton, would already be ten times more powerful than a weapon considered normal”, he points out.

During the war, Ukraine has repeatedly pointed out that Russian troops are targeting civilians. Dalcin believes the chances of Russia using tactical nuclear weapons in a city are slim. “If Russia makes a tactical attack, it will be on a sea target, on a more distant Ukrainian base. Very unlikely to use it on civilian targets because it would be genocide. It could be thousands of dead, and we would have radiation at that point.” , scores.

The expert also does not believe that Russia would use more destructive weapons in regions where Ukraine shares a border with other countries, as other nations would feel threatened.

Follow the advance of Russian troops in Ukraine each day

Russia has an international agreement with the United States in which it must describe its strategic nuclear weapons, but the measure does not apply to tactical weapons. In this way, the expert points out that it is difficult to know in detail what nuclear weapons of the less destructive type would look like.

– Tactical nuclear weapons can be launched by weapons systems that work with conventional weapons, the main ones being:

Kalibr (SS-N-30A): cruise missile, with an estimated range of 1,500 km to 2,500 km. It became essential for Russia to test attacks made by the Navy on targets on the ground.

– In an article, Dalcin detailed some systems for strategic nuclear weapons that Russia has. Are they:

SS-19 (and variants) – also called Stiletto, can carry up to six nuclear warheads and travels up to 10,000 km away

Threat to greater power in negotiations

At the end of February, Putin said, in a meeting with the military and Russians, that he had put high alert the army’s “deterrent force”, which could include nuclear weapons. Earlier this month, Russian Foreign Minister Sergei Lavrov denied the country’s intention to use more destructive weapons and said that a nuclear conflict is only in the minds of Western politicians.

Last week, however, Russia’s deputy ambassador to the UN, Dmitry Polyanskiy, spoke in an interview with British channel Sky News that the president Vladimir Putin can push the nuclear button if threatened by NATO.

For the PhD in International Strategic Studies from Ufrgs and Research Director of the South American Institute of Politics and Strategy, Larlecianne Piccoli, the threat of tactical weapons has been used as a strategy by Russia to have greater negotiating power than Ukraine..

She finds it difficult for Russia to use tactical nuclear weapons because she knows that her relationship with other countries would be even more fragile. “I don’t think they (Russians) are willing to pay that price. As much as Russia is under sanctions, it knows the importance it has in the global market, the importance of economic relations with European countries. if you use weapons at this level, diplomatic relations will be severed”, he highlights.

If it is difficult for Russia to initiate tactical nuclear attacks, strategic-type weapons would be even more difficult to use for the same reason. “We cannot say that the possibility is null because the weapons are there, but they are the weapons that should not be used”, he ponders.

For Felipe Dalcin, the possibility of Russia using nuclear weapons exists. “It is important to emphasize that war is a very expensive thing. And another thing, the longer the war persists, the more there is wear on the part of the troops. Using this tactical weapon would be a very strong demonstration of power”, he says.