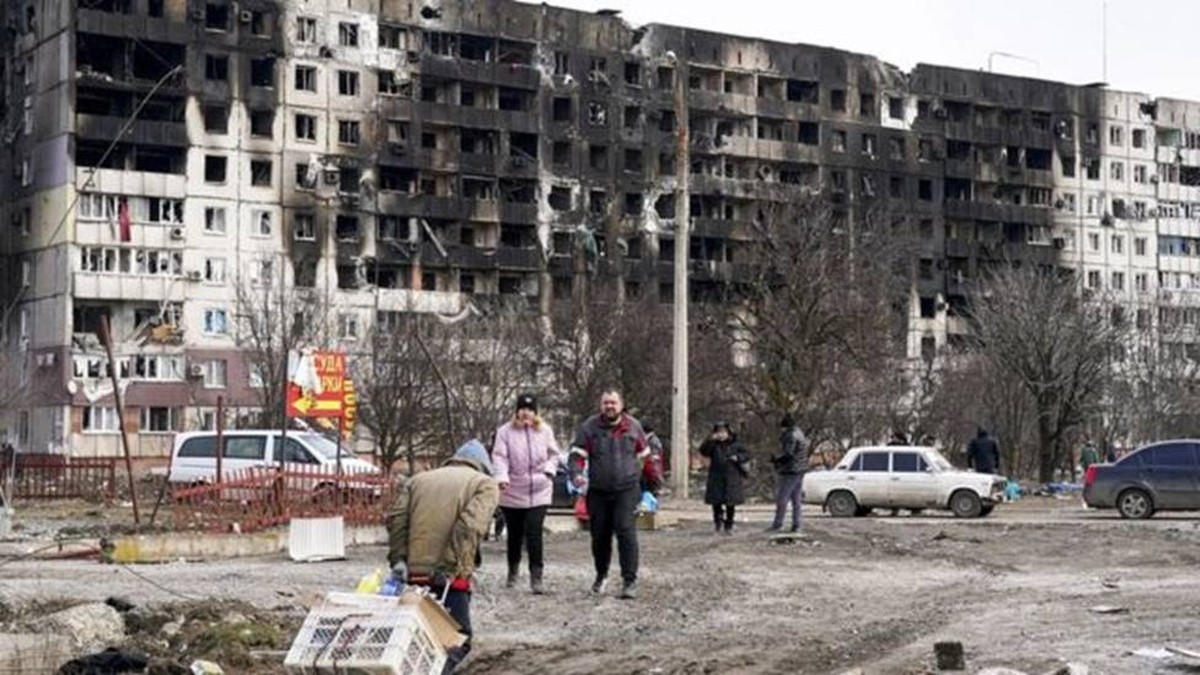 War in Ukraine closer to the end? What to expect from the new negotiations | Ukraine and Russia

Abhishek Pratap March 30, 2022 News Comments Off on War in Ukraine closer to the end? What to expect from the new negotiations | Ukraine and Russia 10 Views

After a round of peace talks between Russia and Ukraine on Tuesday (29/3), Russian Deputy Defense Minister Alexander Fomin said that in an effort to “increase mutual trust”, his country would “drastically” reduce combat operations near the Ukrainian capital Kiev and Chernigov, a city in northern Ukraine.

The Turkish government, which hosted delegations from Russia and Ukraine, said Tuesday’s result represents the most significant progress since the start of the war in February. But despite the positive signs, US and UK officials reacted cautiously.

US President Joe Biden has said he will not jump to conclusions before seeing Russia’s actions. “We’ll see if they do what they’re suggesting,” he said.

US Secretary of State Antony Blinken said he had yet to see “signs of seriousness” from Russia about seeking peace.

A spokesman for British Prime Minister Boris Johnson said Britain wanted Russian forces to leave Ukraine completely. “We will judge Putin and his regime by their actions, not their words,” the spokesman said.

In an interview with Russian news agency TASS, the head of the Russian delegation, Vladimir Medinsky, said the negotiations were “constructive”, but clarified that the promise to reduce military activity did not yet mean an immediate ceasefire.

“This is not a ceasefire, but this is our wish, to gradually achieve a de-escalation of the conflict at least on that front,” Medinsky said.

Among the topics discussed in the negotiations is Ukraine’s neutrality, which would be protected by security guarantees from a group of ten countries, including the five permanent members of the UN Security Council (Russia, United States, United Kingdom, France and China).

Ukraine would give up joining NATO (North Atlantic Treaty Organization) and would commit not to place weapons of mass destruction, foreign troops or international military bases on its territory.

The future of Crimea, the Ukrainian peninsula annexed by Russia in 2014 under opposition from Ukraine and Western countries, was also discussed. The proposal would be for a “pause for 15 years”, during which bilateral negotiations on the status of Crimea would be conducted, without military hostilities.

The possibility of a meeting between the presidents of Russia, Vladimir Putin, and Ukraine, Volodymyr Zelensky, was also discussed. According to the Turkish government, the next step would involve negotiations between the foreign ministers of both countries, who would make final adjustments on more complex issues.

After the points for an agreement were shaped and approved by the ministers, a meeting between the two presidents could take place.

According to the Ukrainian government, any agreement would have to go through a referendum and be ratified by the parliaments of the countries that will offer security guarantees.

During the meeting in Turkey, the Russian government also said that Ukraine must follow the Geneva Convention regarding the treatment of Russian prisoners of war. There were reports of abuses committed by the Ukrainian army.

“I think there is some progress, but I’m not very optimistic,” political scientist Eugene Finkel, a professor at Johns Hopkins University, tells BBC News Brazil. “Even if the Russians are negotiating in good faith, the issues that remain unresolved are of enormous importance.”

Among these issues, Finkel highlights the future of the Ukrainian territories occupied by Russia, not only Crimea, but also Donbas. [onde estão localizadas as regiões separatistas de Donetsk e Luhansk]which the Russian government does not recognize as part of Ukraine.

“From what we’ve heard today, the best case scenario is to freeze the conflict as it is for 15 years,” Finkel points out. “And I don’t believe that the majority of the Ukrainian population will support (this plan).”

Finkel also highlights among the big unresolved issues the sanctions of several countries against Russia. “I don’t see sanctions being lifted when the conflict freezes,” he notes.