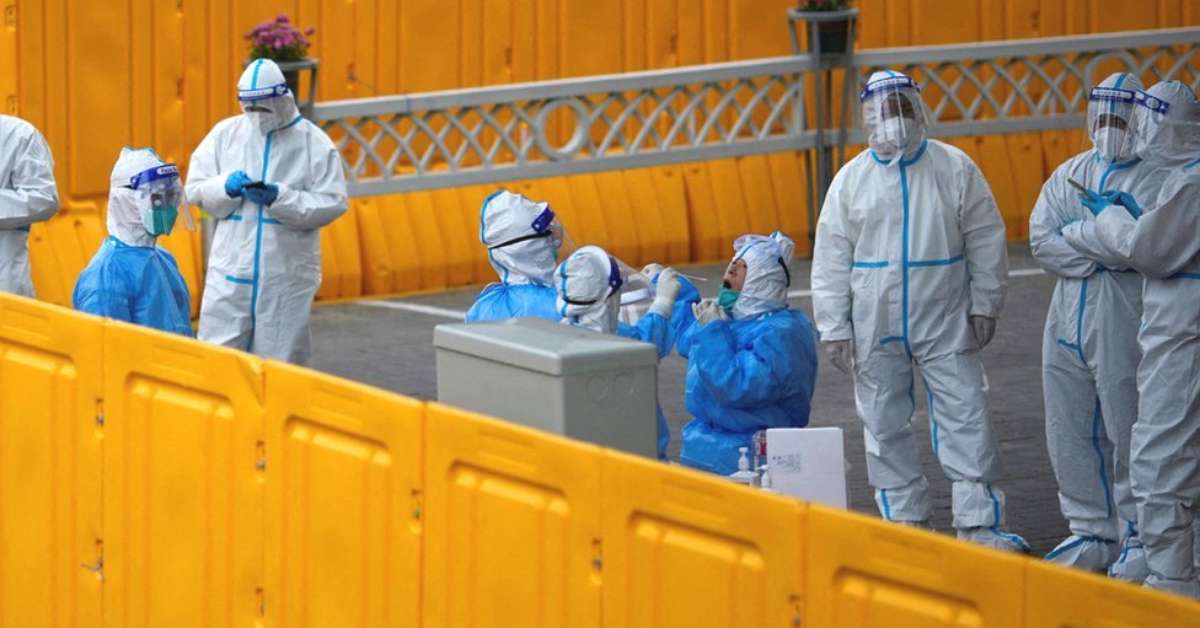 Abhishek Pratap March 30, 2022 News Comments Off on what led the country to impose confinement on the 25 million inhabitants of Shanghai 22 Views

China has ordered the biggest lockdown since the Covid-19 pandemic began more than two years ago.

The city of Shanghai, with 25 million inhabitants, will be in confinement in two phases for nine days, during which the authorities will carry out tests of covid-19 on all citizens.

The city – a major financial hub – faced a new wave of infections last month. But so far, the authorities have resisted putting the entire city on hold. lockdown to avoid disrupting the economy too much.

However, after the place recorded 2,600 cases of covid on Saturday (26/3), the highest daily number since the beginning of the pandemic, the authorities seem to have changed their mind.

This number of infections is not high by some international standards.

At the peak of the omicron variant, in February 2022, Brazil reached a daily moving average of 189,000 cases.

A city divided in two

The confinement in Shanghai will take place in two stages, with restrictions in the east of the city from this Monday until April 1, and in the west from April 1 to 5.

Public transport will be suspended and companies or factories will have to stop operations or work remotely, officials announced.

The city government posted the instructions on its WeChat account, a popular app among Chinese, urging the population to “support, understand and cooperate in the work of epidemic prevention and control”.

Other lockdowns during the pandemic affected entire Chinese provinces, although people were often still able to travel in those regions.

But Shanghai, due to its high population density, is the largest entire city to be quarantined so far. It is the commercial capital of China and, by some parameters, the largest city in the country.

Right now, it is one of the areas hardest hit by Covid, as China struggles to contain the spread of the omicron variant of the coronavirus, which is behind record new cases recorded in recent weeks.

Officials said that so far, the port and financial center located in Shanghai must continue to function for the good of the economy.

The staggered approach to this confinement means that half of the city will still remain active, while the other portion is in lockdown.

Millions of residents in other Chinese cities have been subjected to complete restrictions, often following a relatively small number of Covid-19 cases.

The recent increase in cases in China, while small compared to that recorded in several other places in the world, is a major challenge to the “zero covid” strategy that this country has undertaken since the beginning of the pandemic.

The government has ordered rapid lockdowns and aggressive restrictions to contain any new outbreak of cases.

The policy sets China apart from most other places now trying to live with the virus. Even in countries that have adopted the “zero covid” policy in the past, such as South Korea, Australia and New Zealand, there has been a change in attitude more recently, with the easing of some restrictions.

The main reason for the end of this view of stifling any outbreak at the beginning was the omicron variant, which is more transmissible than all previous versions of the coronavirus. This lineage sparked record new cases in several parts of the world, although the proportion of hospitalizations and deaths was significantly lower compared to previous waves.

The availability of effective vaccines and treatments, especially in wealthier nations, was another factor that allowed the easing of many of the restrictions that marked the past two years.

Some Shanghai residents have complained about the endless testing cycles, suggesting that the cost of a “zero covid” policy has become too high.