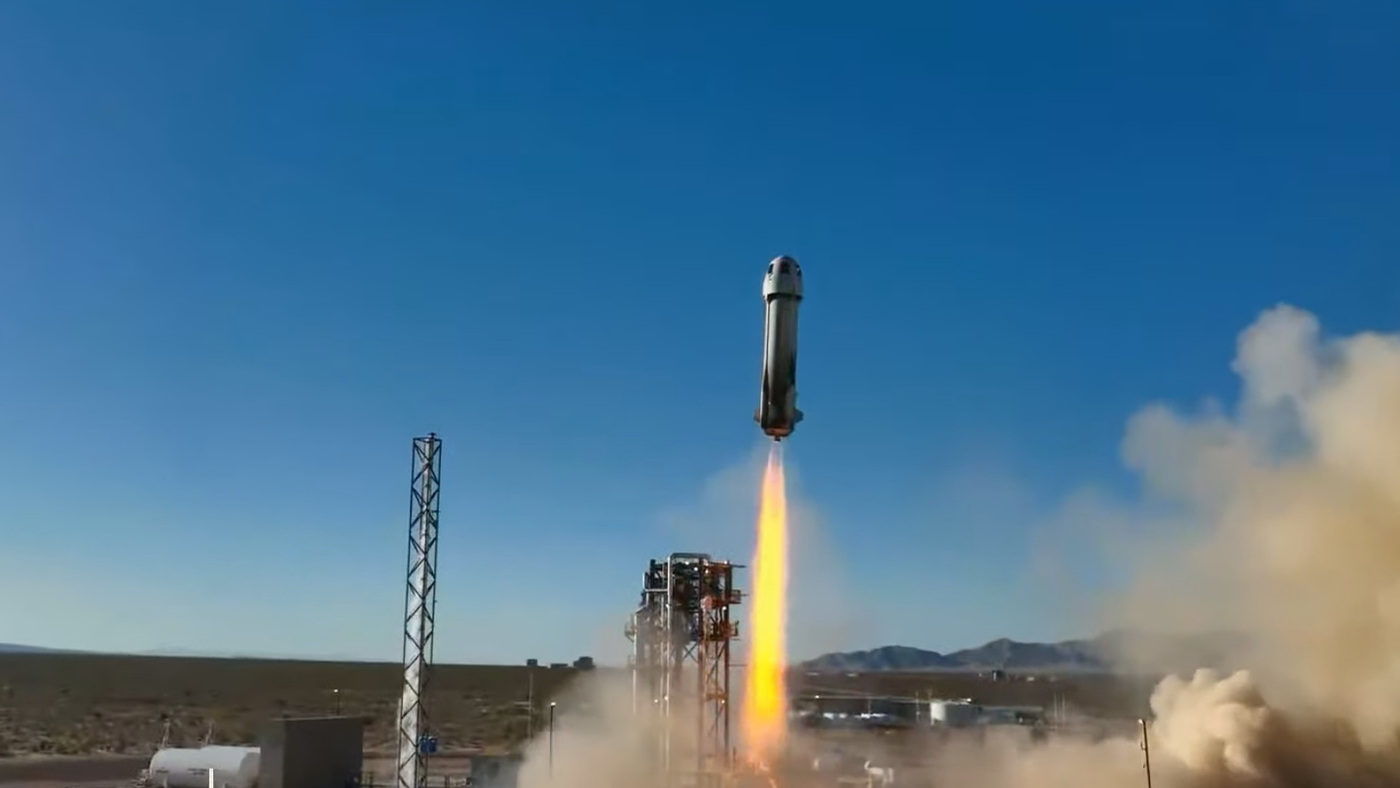 Six space tourists traveled to suborbital space aboard the New Shepard vehicle from blue origin. After a delay caused by unfavorable weather conditions, the launch of the NS-20 mission took place this Thursday (31), at 10:30 am (Brasilia time), in West Texas, USA. This was the first manned flight launched by Blue Origin this year and the fourth the company has performed since it began commercial suborbital flights last year.

At around 9:12 am, Blue Origin authorized space tourists to proceed to the launch pad. They arrived at the scene at approximately 9:25 am and began preparations to board the New Shepard vehicle. This is a reusable system made up of a capsule and thruster that is named after Alan Shepard, the first American to go into space.

#NewShepard is on the pad for its 20th mission. Flight controllers are working through nominal check-outs in advance of today’s launch. Before liftoff, meet the #NS20 crew as they prepare for their journey to space. pic.twitter.com/O999O1Zdw1

At 9:40 am, during dawn, the crew were inside the system capsule, receiving information from the control team and waiting for the launch. After eight minutes, the hatches were closed. Michael Strahan, a former player and presenter who was on the previous flight, left a message for them: “This is the best ride ever, but it’s too short,” he wrote.

Our #NS20 astronauts are inside of the Astronaut Training Center with CrewMember 7 Sarah Knights. A thread about our crew: pic.twitter.com/55oWecobor

While technicians performed final checks, Blue Origin paused the countdown with 10 minutes left for New Shepard to leave the ground. The count resumed at 10:47 am, and the launch took place at 10:59 am, leading Gary Lai, chief architect of the New Shepard system, and Sharon and Marc Hagle, founders of the nonprofit SpaceKids Global.

They were joined by Marty Allen, former CEO of the California Closet Company, entrepreneur Jim Kitchen and George Nield, president of Commercial Space Technologies. Lai and Nield joined the mission as guests, and the other crew members are paying passengers. Blue Origin did not disclose the amount paid for them or the cost of individual seats.

The New Shepard took the space tourists around 107 km, just above the Line of Karman, the name given to the imaginary line that marks the beginning of space at 100 km altitude. After the capsule was released, about three minutes after launch, they were able to unbuckle their belts to enjoy a few minutes of weightlessness on board, while also enjoying an incredible view of Earth.

Capsule separation confirmed by mission control. The crew of #NS20 are now getting out of their seats to experience weightlessness.

The rocket’s booster returned to the ground at 11:06 am, briefly activating the engines during the final descent to land safely. The capsule began its return to Earth at 11:02 am, decelerating with the aid of a parachute, and landed at 11:09 am. The crew were greeted by Blue Origin’s recovery teams, smiling.

Below, you can check out the full broadcast of the launch: