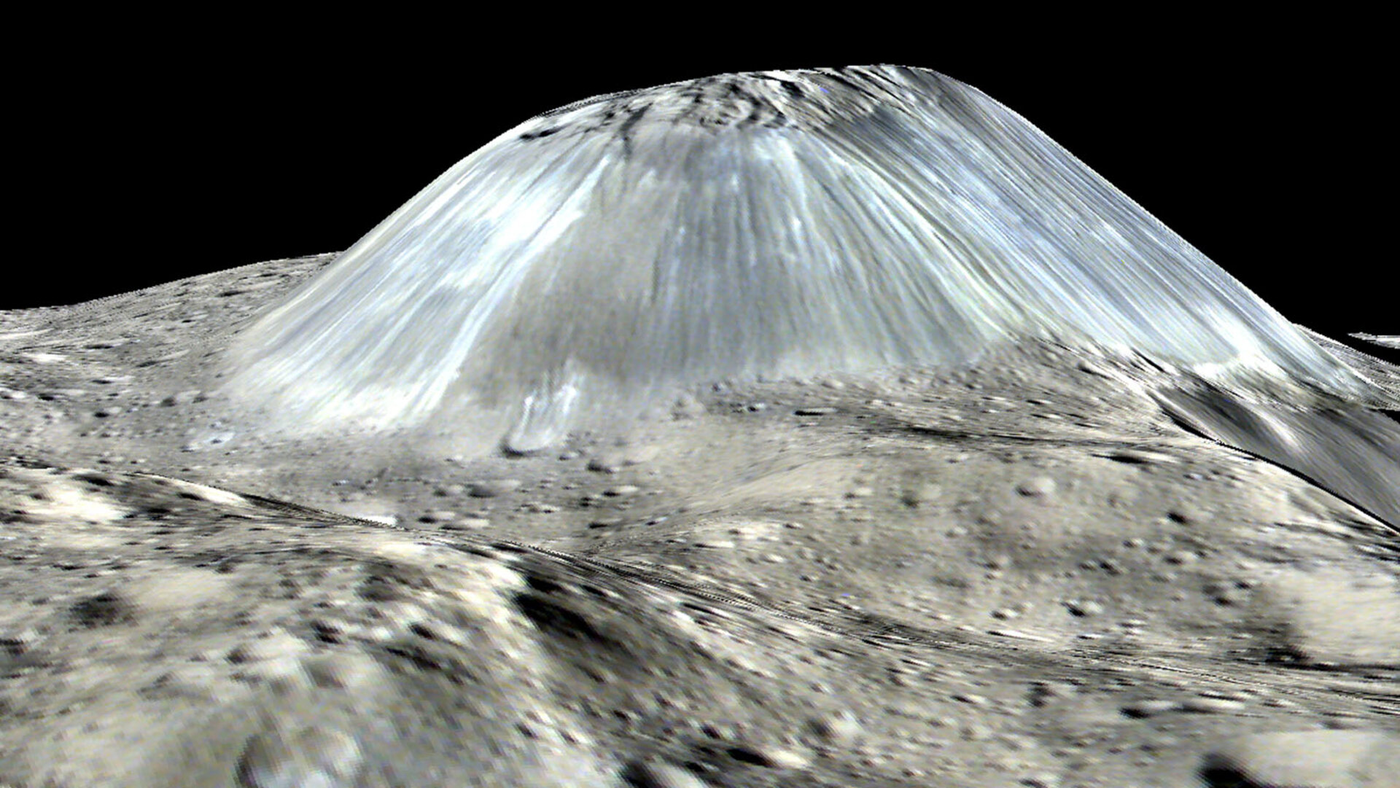 What are cryovolcanoes or icy volcanoes?

Raju Singh March 31, 2022 Technology Comments Off on What are cryovolcanoes or icy volcanoes? 18 Views

Cryovolcanoes, also known as icy volcanoes, are volcanoes that do not spew lava, but volatile compounds such as methane and ammonia. These formations and their respective processes do not exist on Earth, but they are already known to occur in different places in the Solar System, such as on Saturn’s moons Enceladus and Titan, and even on Pluto.

It may not seem like it, but icy volcanoes are similar to the “conventional” ones we have on our planet: most of them also rise like mountains on the surface, but when they erupt, they spew liquid compounds. The main difference is that, in the case of cryovolcanoes, the eruptions do not release lava formed by molten rocks, but a mixture of water, ammonia, methane and other compounds.

Cryovolcanoes do not occur on Earth, but there is no lack of examples of them in the Solar System. The moon Enceladus, for example, is well known for the cryovolcanic activity that occurs there, and Pluto does not seem to be far behind: data collected by the New Horizons mission during the flyby of the dwarf planet indicate that cryovolcanoes there seem to have been active in a very recent geological past.

On Earth, volcanoes are geological structures capable of expelling materials from the interior of the planet and, when they erupt, they release rocks, ash and gases. Cryovolcanoes are also mountains that rise across the landscape, but instead of being formed by rocks, these mountains are composed of the solid equivalents of liquid compounds released in eruptions.

Because cryovolcanoes occur in extremely cold places, they need a liquid layer beneath the frozen crust of these worlds — without this layer serving as a mantle, the activity of icy volcanoes would not be possible.

Previously, scientists believed that the moons of the most distant planets in the Solar System were completely frozen, but they disregarded the processes capable of generating heat in them. And this heat can come from different sources.

One is radiogenic heat, released during the decay of radioactive elements within some part of the subsurface of the world in question. Another possibility is the so-called tidal heating, caused by the gravitational tug of war between planets and their respective moons.

The gravity exerted by the planet on the moons causes them to flex, keeping their layers in motion and preventing them from freezing completely. Therefore, these moons are not entirely solid and contain oceans of liquid water a few tens of kilometers deep, nestled between the icy crust and the rocky core.

Initially, the idea of ​​a frozen volcano was greeted with strangeness by scientists, who did not believe that such geological formations were possible.

That changed with the Voyager mission in 1979: when flying over the moons of Jupiter and Saturn, the Voyager probes sent back images that showed lava plains, volcano-like mountains and craters. Then, in 1989, Voyager 2 flew by Neptune’s moon Triton, and there it recorded a plume of water rising 8 km above the surface from an icy eruption.

So astronomers coined the term “cryovolcanism” to explain this new phenomenon, in which ice acted like rocks and water acted like lava.

Today, Saturn’s moon Enceladus is considered one of the best examples of cryovolcanic activity. When the Cassini spacecraft flew by this natural satellite, it recorded images of at least 20 icy plumes, composed of ice particles, water vapor and other materials. “It’s like a geyser that reaches escape velocity and releases steam into space,” explains Dr. Randy Kirk, a geophysicist at the US Geological Survey’s Astrogeology Science Center.

As early as 2012, a similar cloud was identified on Europa, one of Jupiter’s moons. The discovery suggested that cryovolcanic activity could be found throughout the Solar System, but since the processes of these volcanoes do not occur on Earth, it was not known for sure how their cryolava would behave. “The first work on cryolavas compared the viscosity and rheology, the motion property of materials, to how lava flows on Earth,” explained Lynnae Quick, a planetary volcanologist at the Smithsonian National Air and Space Museum.

In the end, the studies showed that, despite having completely different temperatures and compositions, both can have very similar behaviors. Although the planets’ frozen natural satellites are mostly made of water, they have other dissolved substances such as nitrogen and methane. So, despite being minimal components of the moons, they are extremely important for the behavior of lava there.

Raju has an exquisite taste. For him, video games are more than entertainment and he likes to discuss forms and art.
Previous Zelensky says country’s defense is at ‘turning point’
Next Covid: Paxlovid pill for treatment is approved by Anvisa – 03/30/2022 – Equilíbrio e Saúde