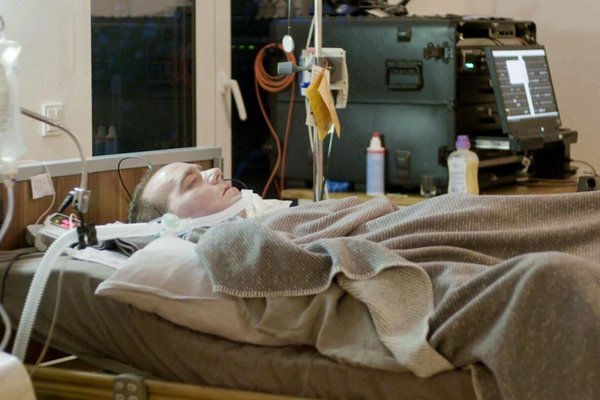 Advanced amyotrophic lateral sclerosis (ALS) is a progressive, neurodegenerative disease that affects patients’ ability to move and speak. It became better known after English physicist Stephen Hawking was diagnosed with the disease, drawing attention to a problem, which by 2040 is expected to affect more than 300,000 people worldwide.

However, science is getting closer and closer to giving patients at least the ability to communicate. In a study published by Nature Communications, a group of researchers at the Wyss Center for Bio and Neuroengineering, in collaboration with the University of Tübingen, Germany, used a brain-computer interface (BCI), so that a 30-year-old man could ” speak” again.

spelling out the thoughts

The patient has complete incarceration syndrome (CLIS). This is the case that prevents all voluntary muscle control, including eye or mouth movement. For that reason, the two microelectrodes were implanted on the surface of the motor cortex — the part of the brain responsible for movement.

To allow the patient to communicate, a program spells out the letters of the alphabet aloud. From the brain’s response, it was possible to identify which letters it wanted to use to form sentences such as: “Goulash soup and sweet pea soup”, “I would like to hear the Tool album loud” and “I love my cool son” .

The study began about two years ago, when the patient still had the ability to move his eyes. However, because it is the fast form of the disease, brain implants cannot be based on this type of movement. What happens is that the microelectrodes read human brain activity, and seek to recognize them as the “yes” or “no” commands.

Despite being an important advance and allowing people with ALS to communicate with their relatives and friends – as well as allowing doctors to better understand the conditions of patients – the study exposes some ethical problems.

The neurorights debate has been around for a few years and inspired the creation of The NeuroRights Foundation, an NGO that aims to protect human rights in the areas of neurotechnology and AI. The discussion is also taking place at universities around the world and has motivated Chile to include neurorights in its new Constitution — it was the first country to take this step.

Among the problems discussed by these groups are issues that range from the possibility of reading too much patients’ thoughts, without their proper authorization, to the possibility of exercising control over their brains. If a few years ago this seemed like a science fiction topic, today it has become reality and the topic of serious discussions about ethics in science.

She's our PC girl, so anything is up to her. She is also responsible for the videos of Play Crazy Game, as well as giving a leg in the news.
Previous Nintendo could be sued by children in unusual legal move
Next Understanding the conflict (XXXV): they were deceiving Putin