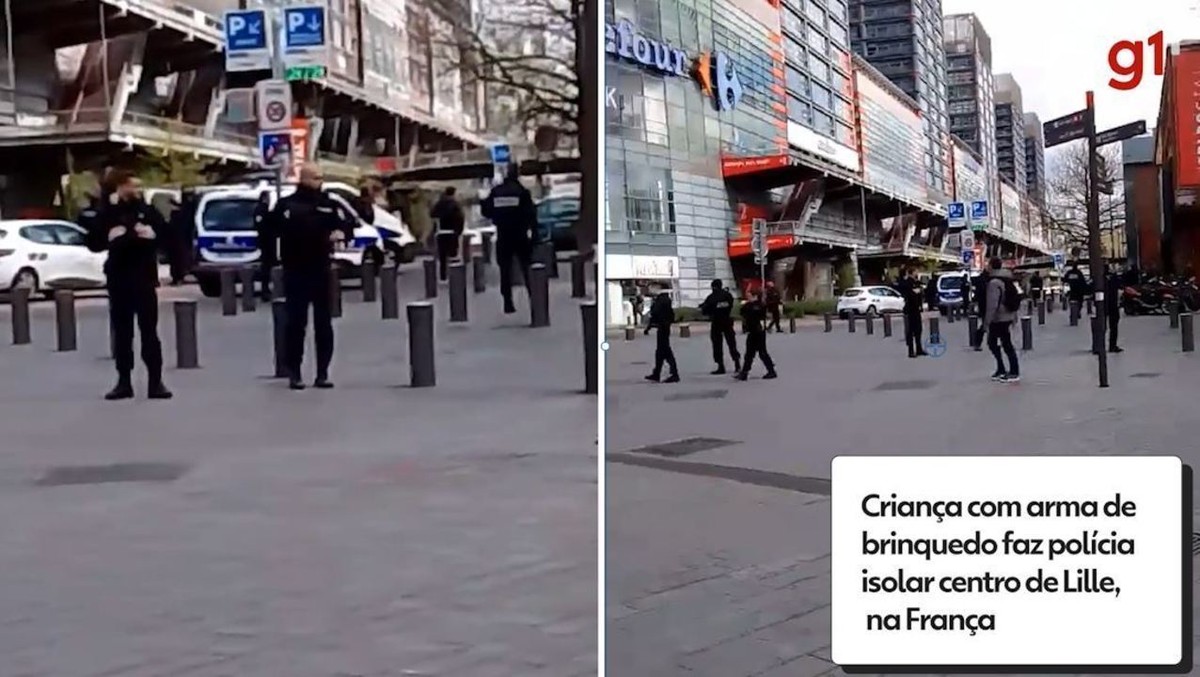 Mistaken for a Kalashinikov, a child’s toy gun sparked panic and a police operation in Lille, northern France, on Thursday (31). Heavily armed police came to interdict and isolate part of the city center because of the false alarm.

In the morning, the French National Police received reports that a man was walking through the center of the city, near the border with Belgium, holding a Kalashinikov, a rifle created by Russia at the time of the Soviet Union.

Quickly, an operation was set up in the city center. Heavily armed, police cordoned off an entire block, closed off one of Lille’s main avenues and a train station, confined a higher education center and searched dozens of people.

French police set up an operation in the center of the city to investigate a complaint of a man with Kalashinikov in the city, but it was a child with a toy – Photo: Reproduction / French National Police

Three hours later, the police announced that it was a false alarm. The man was actually a seven-year-old boy who carried a toy gun.

Since a wave of major attacks, such as the attacks on the offices of the newspaper Charlie Hebdo and the Bataclan, in Paris, and the one in Nice, in the south, French police have kept their security alert high. With this, the protocol in cases like this Thursday (31) determines that the local police employ large-scale police operations.