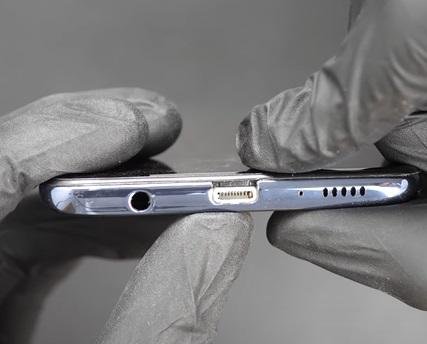 The engineer Ken Pillonel, owner of the Exploring the Simulation YouTube channel, is practically Dr. Frankenstein of mobile devices. After modifying an iPhone so that the device gains a standard USB-C port, which is a dream for many consumers, he has now made a similar change to the competition.

The novelty was the creation of an Android smartphone with Lightning, which is the traditional Apple connector. For the experiment, Ken used a Samsung Galaxy A51, which remains fully functional for charging and data transfer.

Check out the clip:

This time, he took less time to finish the project and the result still looked like a modification, but with a more professional finish. According to the engineer, this is a result of the experience gained from previous attempts – which does not mean that it was easy, as he had to make a modification so that the cable was “tricked” and thinks it is actually plugged into an Apple device. .

The complete video with technical explanations about the modification should be released soon on the same channel.

It is quite possible that this modified version will not have the same fate as the previous ones: both Ken’s iPhone and an improved, waterproof modification created by another user were auctioned, but a series of false bids caused the engineer to lose faith in the process.

For that reason, and for the lesser appeal that an Android device with a less popular connector might attract, he should keep the device in his personal collection and continue with artisanal changes to the channel.

Raju has an exquisite taste. For him, video games are more than entertainment and he likes to discuss forms and art.
Previous Biden says Putin punishes advisers and starts isolating himself in Russian government
Next Rodrigo Mussi’s life is marked by drama, trauma and overcoming

In the crossfire with TikTok, Instagram has been dedicated to a series of alterations and …