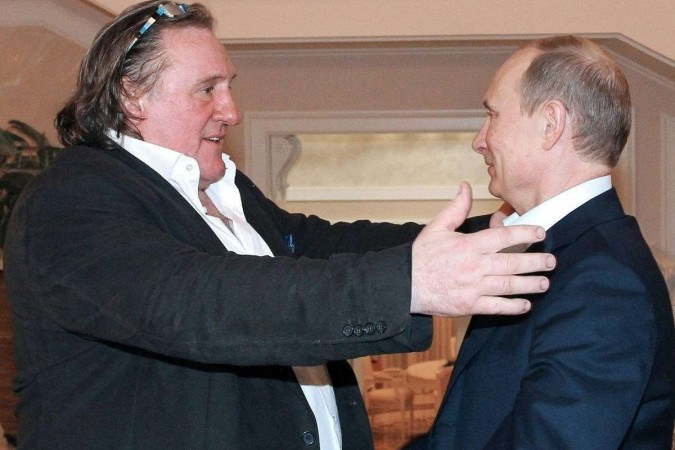 French actor Gérard Depardieu, who until recently was an admirer of Vladimir Putin, denounced this Thursday (31) the “crazy and unacceptable deviations” of the Russian president and announced that he will donate to “Ukrainian victims” the box office of his three upcoming shows in Paris.

“The Russian people are not responsible for the crazed and unacceptable deviations of leaders like Vladimir Putin,” Depardieu said in a statement sent to AFP.

The actor indicated that he would donate to the “Ukrainian victims of this tragic fratricidal war” the entirety of the box office proceeds from the performances he will make between April 1 and 3 at a theater in Paris, in which he will perform songs by Barbara, a very popular singer. in France, died in 1997.


“I have always felt a particular attraction to the Russian people, so well described by Dostoevsky, Tolstoy, Gogol, Pasternake and so many other artists, such as Tchaikovsky, Prokofiev, Shostakovich,” added the actor, known for his roles in “Cyrano” and the “Asterix” franchise. and Obelix”.

On March 1, six days after the start of the Russian invasion of Ukraine, the French actor had already asked Moscow to “lay down arms and negotiate”.

Since then, he has classified his new homeland, Russia, as “a great democracy” and praised Putin, whom he compared with Pope John Paul II.