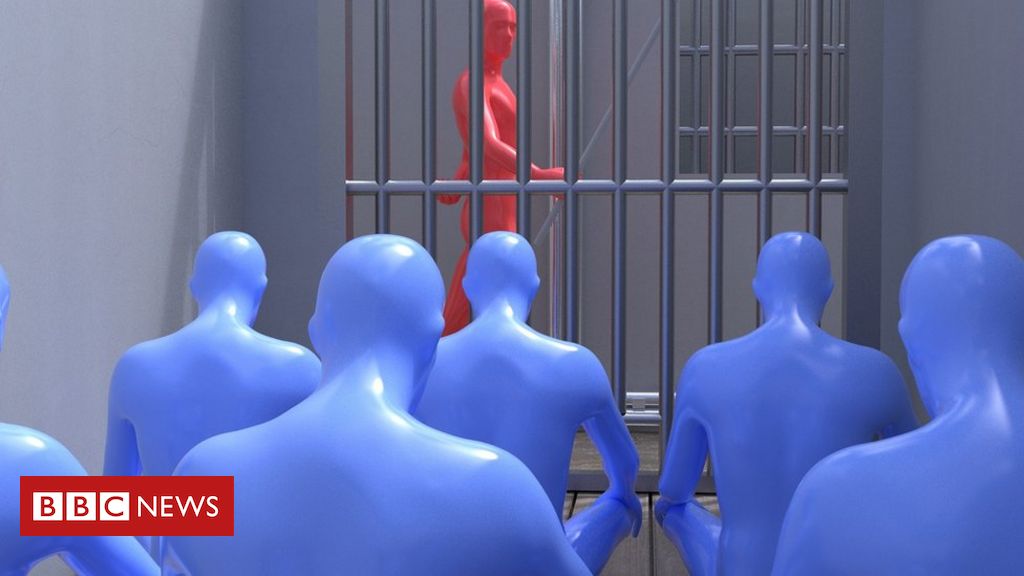 North Korea: The brutal system of repression in the country’s prisons

Abhishek Pratap April 1, 2022 News Comments Off on North Korea: The brutal system of repression in the country’s prisons 13 Views

After crawling to her cell, North Korean Lee Young-joo was ordered to sit cross-legged with her hands on her knees. She was not allowed to move for up to 12 hours a day.

The slightest noise or whisper to his cellmates could incur severe punishment. She had limited access to water and was given only a few ground corn husks to eat.

“I felt like an animal, not human,” she said.

Young-joo told the BBC she spent hours being interrogated for doing something many of us can do without problems: leaving their country. She tried to flee North Korea in 2007, but was arrested in China and sent back.

She spent three months in the Onsong detention center in North Korea, near the Chinese border, awaiting a sentence.

As she sat in her cell, she heard the “clack clack clack” of the guard’s metal boots walking outside. The sound went back and forth. When the sound subsided, Young-joo took a chance and whispered something to one of his cellmates.

“We were talking about plans for another defection, plans to meet with negotiators, they were secret talks,” she said.

The prison is meant to stop people from fleeing North Korea, but clearly that didn’t work on Young-joo or his cellmates.

But Young-joo’s plans were heard.

“The guard asked me to go to the bars of the cell and put my hands up, then he started beating my hands until they swelled up and turned blue. I didn’t want to cry, out of pride. These guards consider that those who, like us, we try to leave North Korea are traitors,” she says.

“You could hear other people being beaten because the cells share the same corridor. I was in cell 3, but I could hear the beatings from cell 10,” he added.

Young-joo is one of more than 200 people who contributed to Korea Future’s detailed investigation into violations of international law in the North Korean prison system.

This non-profit organization has identified 597 people responsible for 5,181 human rights violations committed against 785 detainees in 148 prisons.

Evidence has been collected and placed in a database in the hope that one day those responsible can be brought to justice.

North Korea has always denied allegations of human rights abuses. The BBC tried to contact a North Korean representative to respond to this investigation, but received no response. The group also created a 3D model of the Onsong detention center.

In Seoul, Korea Future co-director Suyeon Yoo told the BBC that the prison system and violence are being used to “repress a population of 25 million people”.

“In every interview we did, we saw how it impacted everyone’s lives. One interviewee cried when she said she had witnessed the murder of a newborn baby.”

North Korea is now more isolated from the world than ever before.

The country has been ruled by the Kim family for three generations, and its citizens are obliged to show total devotion to the family and its current leader, Kim Jong-un.

And the covid pandemic has led to even stricter controls both within the country and at the border.

Tougher prison sentences were imposed on those who tried to relate to the outside world, including those who watched foreign films or series.

There are numerous reports of rape and other forms of sexual assault. Some survivors also told Korea Future that they were forced to have abortions.

In one case at the North Hamgyong Provincial Detention Center, an interviewee witnessed a fellow detainee being forced to have an abortion when she was eight months pregnant. She claims the baby survived but was later drowned in a bucket.

There were five cases where witnesses described executions.

A step towards justice

Young-joo was eventually sentenced to three and a half years in prison.

“I was worried I would still be alive when I finished my sentence,” she said. “When you go to these places, you have to stop being human to resist and survive.”

Saerom is another woman who was at the Onsong detention center in 2007 and recalled the beatings in State Security prisons.

“They beat your thigh with a wooden stick. You walk in, but you crawl out. If I tried to look away during an assault, they wouldn’t let me and make me see it. They kill your spirit.”

“If there’s a way, I want them punished,” Saerom said as he recounted the nightmare that was his time in prison. She said she now enjoys every moment of happiness in her new life in South Korea.

Prosecuting these cases criminally will be difficult, despite the contribution of experts from the International Criminal Court to the investigation.

Saerom and Young-joo said they hope the investigation will help the world take a step towards justice.

Food maven. Unapologetic travel fanatic. MCU's fan. Infuriatingly humble creator. Award-winning pop culture ninja.
Previous ‘Russia vows to withdraw from Kiev not out of goodwill, but because it has gone beyond legs’
Next Health plans are required to offer websites to customers, says new ANS rule