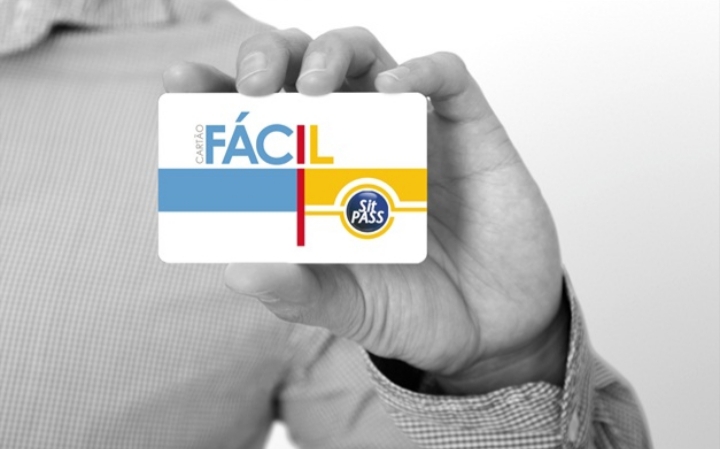 “Single ticket optimizes the use of public transport in the capital”, says Rogério Cruz, about the system that goes into effect on Saturday (02/04)

Abhishek Pratap April 1, 2022 News Comments Off on “Single ticket optimizes the use of public transport in the capital”, says Rogério Cruz, about the system that goes into effect on Saturday (02/04) 7 Views

Commitment of the management of Mayor Rogério Cruz, the improvement of the public transport system in Goiânia advances with the implementation, next Saturday (02/04), of the single ticket, through the Easy Card. The ticket is valid for two and a half hours. In this way, it allows the payment of a single tariff, in addition to the integration of terminals. The introduction of the ticket is the first part of a schedule of measures proposed by the Deliberative Chamber of Collective Transport (CDTC) to improve public transport in the capital.

Mayor Rogério Cruz points out that, with the start of implementation, the new flexible tariff policy will allow the creation of different tariff products, in addition to the use of digital tickets and electronic boarding passes. “These are measures that will facilitate access to the system, its use and the integration of transport modes, in addition to allowing integrations outside the terminals”. According to Cruz, the estimate is that the travel time will drop to 50 minutes.

The president of the Metropolitan Company of Collective Transport (CMTC), Tarcísio Abreu, emphasizes that the insertion of smart ticketing is urgent for the transformation, freedom and cost reduction for the user of collective public transport. “There is still a lot to be done, but given the possibilities of the single ticket, we will have great progress, especially in the cost of travel and waiting time for buses, which will incur faster transport”, he evaluates.

How will the Single Ticket work?

As for how to use it, Rogério Cruz explains that the decision to use the Easy Card “was because most public transport users in the capital already use it”. “To give you an idea, of the almost 400,000 validations carried out daily in the last few days, 270,000 were from the card”, he informs.

The migration from the Easy Card to the single ticket will be automatic, so the user does not need to change it. On the other hand, those who do not have the card can easily purchase the single ticket at any Sitpass terminal or point of sale.

In practice, the single ticket is valid for 150 minutes. That is, two and a half hours. One of its advantages is the integration outside the terminals, which reduces both the cost per trip and the travel time. In this way, the ticket will be used in any bus, terminal or station of the Metropolitan Network of Collective Transport (RMTC).

On the first use of the ticket, the user will pay the amount of R$ 4.30, which is the current rate. The other integrated trips will be free. However, it is important that the user pays attention to the single ticket guidelines. The first is that up to four integrations will be allowed after the first boarding, for a period of two and a half hours.

Integration only takes place on different buses, and is only valid for those using the single ticket. Another point of attention is that it is not possible to use it, then, in the same bus, being necessary to wait, for this, an interval of 45 minutes.

The president of the Metropolitan Company of Collective Transport (CMTC), Tarcísio Abreu, warns that the benefit of the single ticket is personal and non-transferable. To avoid misuse, facial biometrics will be used.

He explains that “during the use of the card, photos will be captured of the users who will be confronted with the registration. If the person is not the holder, the benefit will be suspended for seven days, in the first infraction, and for up to 15 days, in case of recurrence”.

The introduction of the single ticket is the first of the improvements announced by the Deliberative Chamber of Collective Transport (CDTC), after the approval of Complementary Law 169, of 12/29/21, which deals with the reformulation of collective transport in Goiânia and the Metropolitan Region.

Such actions began last year, with the implementation of smart recognition systems for users of social cards, a turnstile that allows payment by debit and credit cards, as well as a new ticketing system. “Now, we are moving towards making the cost of transport fairer through the new pricing modality, the renewal and expansion of the fleet”, emphasizes Rogério Cruz.

The mayor of the capital recalls that the optimization of urban mobility and metropolitan integration of collective transport is part of his government plan, and that the improvements put into practice represent the fulfillment of the commitment.

Cruz points out that “it is up to the municipal government to organize and provide the public transport service. Therefore, the optimizations in public transport show the commitment to the modernization of the system, the mobility and dignity of the citizen”, he says.

more actions
In May, the Subscription Transport Voucher will be implemented, a modality similar to the transport voucher that gives employers a subscription valid for 30 days. For the coming months, the introduction of the Family Card is planned (so that up to five people can board at a single rate on weekends); One Day and One Week Tickets (purchase of daily and weekly tickets); Post-Paid Card; Half-Fare Ticket; acquisition of new fleet; revitalization of the Anhanguera Axis, new North-South Axis and Super APP SIM 2.0.

Complementary services will also be integrated to those already offered by the RMTC, with emphasis on CityBus 3.0, which is an on-demand service; bikeshare system connected to integration terminals; implementation, renovation and maintenance of shelters at bus stops.

Rogério Cruz emphasizes that the optimization of public transport is more than a government commitment, but proof of care for the citizen. “We are going to offer the population quality transport, in addition to providing more autonomy. Our goal is for the user to feel, in practice, how mobility really works as a service,” he says.