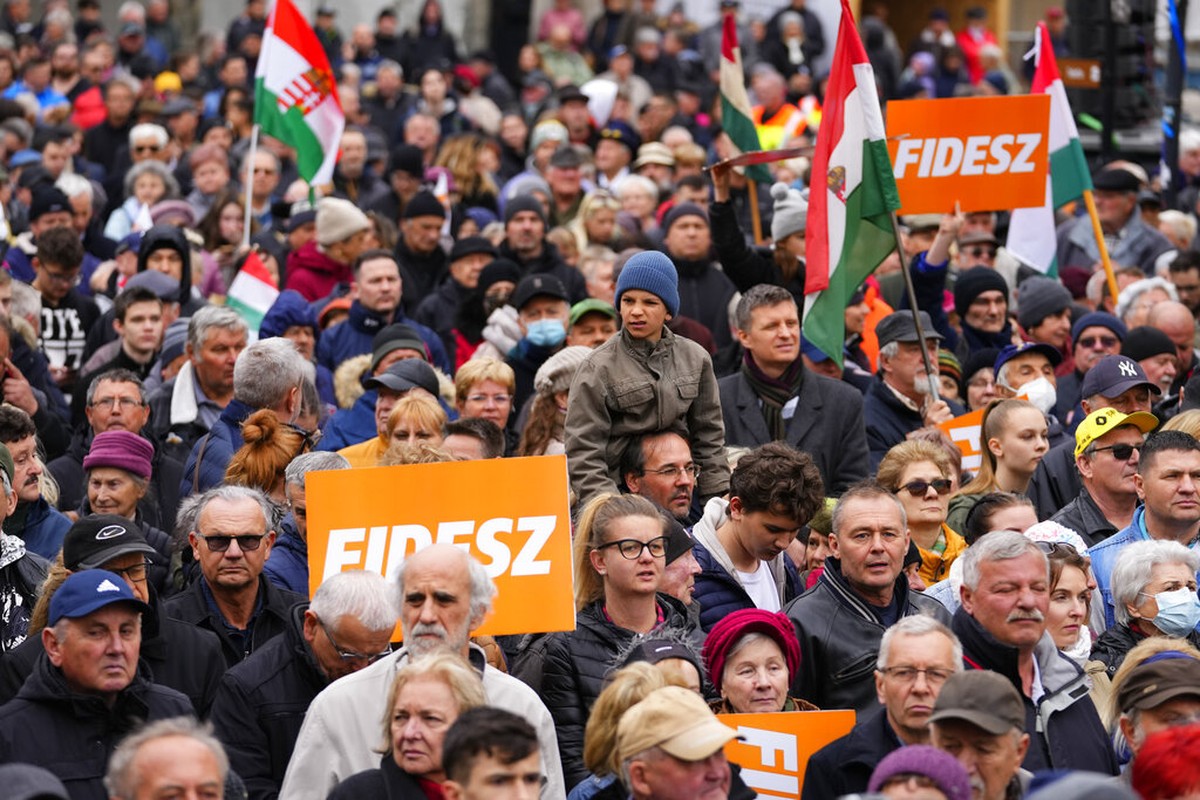 Hungary goes to the polls on Sunday; election will decide the future of the Orbán era and is marked by the war in Ukraine | World

Abhishek Pratap April 2, 2022 News Comments Off on Hungary goes to the polls on Sunday; election will decide the future of the Orbán era and is marked by the war in Ukraine | World 15 Views

Hungary’s voters go to the polls on Sunday (3) in a vote that will decide the future of the Orbán era, which has been marked in recent weeks by its reaction to the war in Ukraine.

In office for 12 years, Prime Minister Viktor Orbán, leader of the national-conservative Fidesz party, faces his fiercest election – with an opposition that, for the first time, is united.

Legislative elections – Hungary is a Parliamentary Republic – will decide the new (or old) occupants of its 199-seat Parliament.

Opinion polls predict a tough race, with a slight advantage – 3 to 5 points – for the conservative Fidesz party.

The most recent, by the Zavecz Research Institute, carried out between March 23 and 25, showed support for the Orbán government at 44%, against 42% for the opposition. The survey’s margin of error was 3.5%.

Prime Minister Orbán is considered one of the most controversial rulers in Europe and maintained an autocratic government for 12 years. He is the longest-serving head of government in the European Union.

The 58-year-old nationalist leader has never faced so much uncertainty, according to political analyst Bulcsu Hunyadi to Agence France Presse.

“All options are on the table,” Hunyadi said. “[É crucial] the final mobilization to convince the undecided”, which he estimates at half a million voters.

Hungary is a landlocked country of 9.7 million inhabitants located in the center of Europe. It borders, among others, with Austria, Slovakia and Ukraine.

Opposition to Orbán is led by Peter Marki-Zay, conservative and mayor of Hódmezővásárhely – a city of 50,000 in the south of the country.

Peter Marki-Zay, conservative and opposition leader in Hungary at a rally on March 29, 2022 — Photo: Anna Szilagyi/AP

Marki-Zay has the difficult task of gathering the support of six very different parties – with representatives from the right, social democrats and ecologists – in order to be able to face the powerful Fidesz.

The opposition coalition promises to defeat the “authoritarian Orbán”, and end what they call the “illiberal transformation”, which began in 2010, with several attacks on democracy.

Under the political slogan “anyone but Orbán”, the parties promised to put aside ideological differences and support a single candidate, in this case, Marki-Zay.

The following are part of the coalition:

Opponents are trying to use Orban’s rapprochement with Russian President Vladimir Putin to lessen the chances that he will stay in office for another four years.

Putin’s staunch ally, the Hungarian premier plays what g1 columnist Sandra Cohen called “a double game” for his own benefit.

“Putin’s war in Ukraine seems to have helped the prime minister to redeem points with Brussels,” assesses Cohen. “Apparently, it was framed by the European bloc.”

Hungary voted in favor of economic sanctions on Russia and condemned the war. However, it did not allow the transit of weapons through Hungarian territory to Ukraine.

Andras Biro-Nagy, a political analyst and director of the Budapest think tank Policy Solutions, said in an interview with the Associated Press that Hungary is experiencing strong polarization.

“This is a highly polarized society, in which it seems that Viktor Orbán can send whatever messages he wants. At least to his own voters,” said the analyst.

He said the head of the Hungarian government has used a “peace and security” speech to get closer to the Fidesz voter base, amid uncertainty over the war in the neighboring country.

Biro-Nagy believes the opposition is trying to turn this year’s elections into “a referendum on whether Hungary belongs to the West or the East.”

“The Hungarian opposition tries to frame the entire election as a choice between East and West and tries to blame Viktor Orbán for his 12 years of friendship with Putin,” he explained.

While deciding the future of the Hungarian Parliament, voters will also respond to a referendum linked to the anti-LGBTQIA+ law.

Totally overshadowed in the debates, the law equates pedophilia and homosexuality, prohibits the ‘demonstration of homosexuality’ for minors under 18 and has caused a strong reaction from the EU.

Furthermore, the Hungarian elections will, for the first time, be followed by more than 200 international observers in a context of fear of fraud.