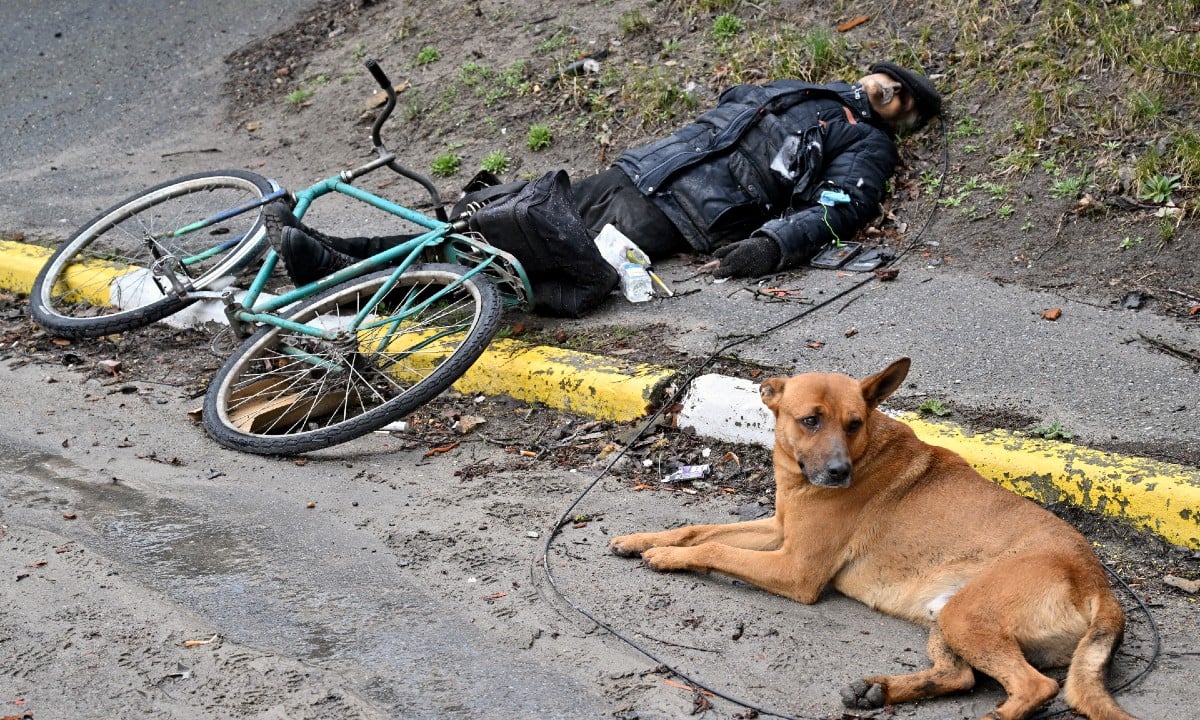 Germany denounces ‘war crime’ in Ukraine, where 300 bodies were buried in mass graves

German Vice Chancellor and Economy Minister Robert Habeck denounced, this Sunday 3, a “terrible war crime” in Boutcha, Ukraine, and called for new economic sanctions by European Union (EU) countries against Russia. The UK also warned that it would not allow “Russia to hide its involvement in these atrocities through cynical disinformation”.

“This terrible war crime cannot go unanswered,” ecologist Robert Habeck told the German newspaper Bild, a day after the discovery of numerous corpses in this city northwest of Kiev, the Ukrainian capital that was rescued from the Russians. “I think a strengthening of sanctions is indicated. This is what we are preparing with our partners in the European Union”, added the German vice chancellor.

For Foreign Minister Annalena Baerbock, the images coming from Boutcha are “unbearable”. “Putin’s rampant violence is wiping out innocent families and has no limits,” the head of German diplomacy wrote on Twitter, adding that “those responsible for these war crimes” must “be held accountable.” “We will strengthen sanctions against Russia and further support Ukraine in its defense,” she said, without elaborating.

European Council President Charles Michel reinforced the call for more sanctions against Moscow. “Shocked by the haunting images of atrocities committed by the Russian army in the liberated region of Kiev,” Michel wrote on his Twitter account, mentioning the hashtag “#BuchaMassacre” (in English). “The EU is helping Ukraine and NGOs to gather the necessary evidence for action in international courts,” he added. “More sanctions and EU aid are on the way,” he added.

Ukraine on Sunday denounced a “deliberate massacre” attributed to the Russians, accused Ukrainian Foreign Minister Dmytro Kuleba. “The Russians want to eliminate as many Ukrainians as possible. We must stop them and drive them out. I demand devastating new sanctions from the G7 now,” Kuleba wrote on Twitter.

“Kiev region. Hell of the 21st century. Bodies of men and women, who were killed with their hands tied. The worst crimes of Nazism have returned to the EU,” tweeted Ukrainian presidential adviser Mykhaylo Podolyak. Comparing Boutcha to the Srebrenica massacre in Bosnia in 1995, Pololyak accused the West of trying “not to provoke the Russians” to avoid a Third World War. “As a result, the world saw an unspeakable horror of inhumanity in Boutcha, Irpin, Gostomel. Hundreds, thousands of people killed, torn apart, raped, tied up,” he said. “Are you still going to try to turn your back? Organize another summit to worry and shake your head?” he stated, addressing European leaders.

Ukrainian forces only managed to penetrate Boutcha a few days ago. Occupied by the Russians, the city remained inaccessible for almost a month. On Saturday 2, correspondents of the agency AFP recorded images of at least 20 corpses in civilian clothes on a street in Boucha. A man had his hands tied and his passport beside him. The bodies were scattered over hundreds of meters. “All these people were shot”, “they (the Russians) killed them with a bullet in the back of the head”, assured the mayor of Boutcha, Anatoly Fedorouk.

The human rights officer of the Ukrainian Parliament, Lioudmila Denisova, in turn, denounced a “genocide” and a “crime against humanity”, calling for trial and harsh sentences for the “barbarian horde of Russia”.

The Russians, in withdrawing, left behind “a total disaster and many dangers”, declared Ukrainian President Volodymyr Zelensky.

British Foreign Minister Liz Truss on Sunday denounced the “revolting acts” committed by the Russian army against civilians in Ukraine, particularly in Boutcha, in the Kiev region, and called for a “war crimes investigation”.

“As Russian troops are forced to retreat, we see increasing evidence of the terrible acts committed by invading forces in cities like Irpin and Boutcha,” Liz Truss said in a statement. “Their indiscriminate attacks on innocent civilians during the illegal and unjustified invasion of Ukraine must be investigated for war crimes,” she added. “We will not allow Russia to hide its involvement in these atrocities through cynical disinformation.”

Liz Truss also assured that the United Kingdom “will fully support any investigation by the International Criminal Court” and called, once again, to “increase sanctions” against Russia.