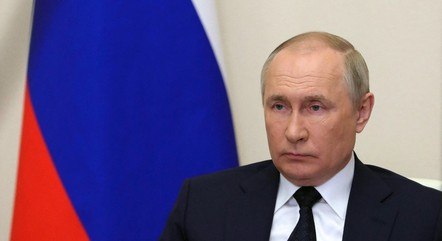 Deputy David Arahamiya, head of the Ukrainian delegation in negotiations with Russia for a peace agreement, said this Saturday (2) that the talks are sufficiently advanced to allow a meeting between the presidents of the two countries, Volodmyr Zelensky and Vladimir Putin, respectively.

“The Russian mission confirmed our thesis that the draft agreement is sufficiently developed to support direct consultations between both leaders, the presidents of Ukraine and Russia,” the parliamentarian wrote in a Telegram post.


According to Arahamiya, Putin himself said this week, in a telephone conversation with Turkish President Recep Tayip Erdogan, that he “is ready for this meeting to be organized in the near future.”

“Neither the date nor the location are closed yet, but it is very likely that it will happen in Istanbul or Ankara,” said the deputy, who is a member of the Servant of the People party, the same as Zelensky.

The Ukrainian chief negotiator said that the delegation’s task at this point is “to finalize the matters discussed and prepare for this possible meeting”. According to Arahamiya, in the talks held so far, Russia accepts, without putting in writing, “almost all” Ukraine’s conditions regarding territorial integrity and sovereignty, with the exception of those regarding Crimea, annexed by Moscow in 2014.

The deputy also stated that the negotiation process continues to advance every day and that the delegations meet virtually daily or every other day. On the security guarantees that Ukraine requires to remain neutral, Arahamiya said it was very important for more NATO countries to join the guarantee mechanism being sought after Germany, Italy and Turkey expressed their intention to take on that role. .

“It will be very important for us to have the United States and the United Kingdom among these guarantors,” he said.

Arahamiya also insisted that Ukraine will not sign any agreement that guarantees the right of veto over the countries that will integrate this mechanism of security guarantees. “This is categorically unacceptable for us. There is no need to discuss security guarantees at all, because Russia could block them at any time,” he said.

The Ukrainian negotiator declared that there are talks for China to become part of this mechanism of international guarantees, with contacts made twice a day. However, Arahamiya admitted that “the state of these negotiations is probably the least advanced compared to other countries”.