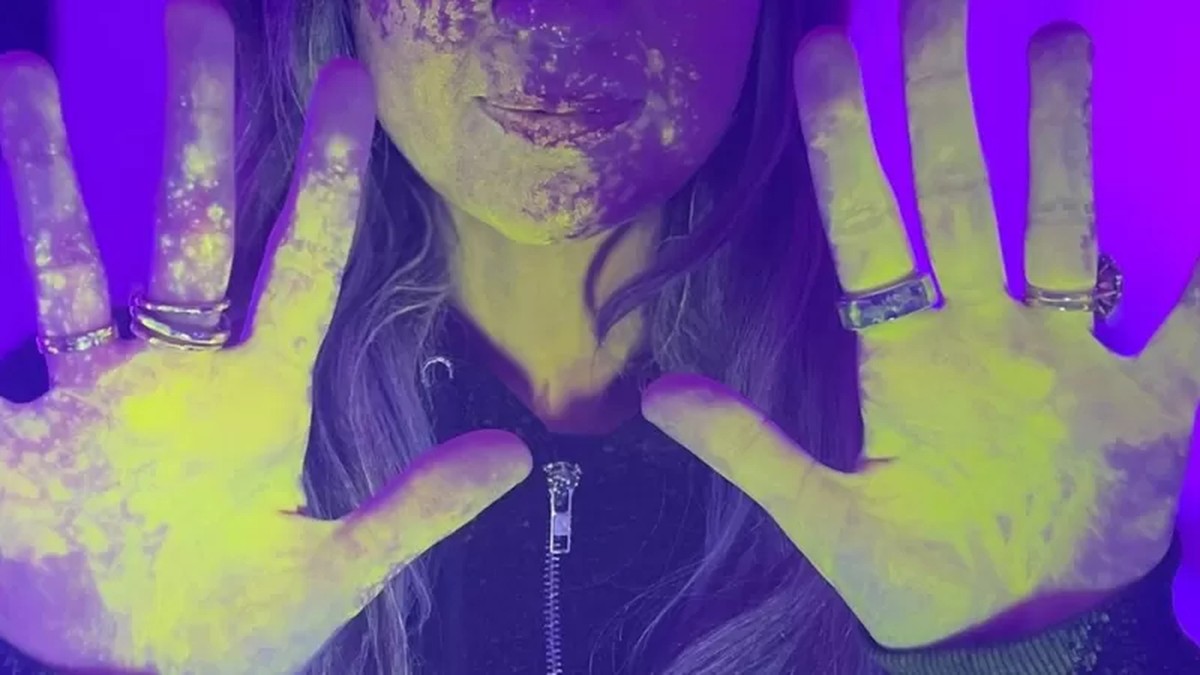 Abhishek Pratap April 4, 2022 News Comments Off on The forensic spray that is helping to combat rape and violence against women | World 17 Views

A man has been convicted and jailed for domestic violence after being sprayed with a substance called SmartWater — a liquid that appears under ultraviolet light. It was the first time the substance had been used as evidence to convict someone of domestic violence in the UK.

The substance, which stays on the skin for up to six weeks and on clothing for much longer, categorically links the aggressor that was sprayed to the specific batch of spray used.

And now this technology is being tested by British police with the aim of protecting women and combating gender-based violence.

The victim of the convicted abuser, from West Yorkshire, is one of more than 200 women across England who now have forensic deterrent kits in their homes.

Kits include a portable spray, a gel to apply to doorknobs and gates, and an automatic device that sprays the liquid if anyone approaches the house.

SmartWater spray given to victims of domestic abuse — Photo: BBC

“Rape and violence against women are often difficult to prosecute, and many of these crimes take place behind closed doors. It can be one word against the other,” says Detective Lee Berry, Superintendent of West Yorkshire Police. , who came up with the idea.

“With the substance, we can track someone back to a location. We’ll know who the perpetrator is and also who the victim is.”

“What we’re telling the abuser is that if you go back to that address and violate these conditions, you’ll be forensically tagged.”

The West Yorkshire, South Yorkshire and Staffordshire Police Departments are using the kit, which costs around £150 a month per person, as part of their domestic violence strategy.

On average, the cost for police to respond to an incident of domestic abuse is around £640, according to a crime survey in England and Wales.

Berry said the police will save around £500 on each deployment if they use forensic tagging as a deterrent.

Most victims who are using the technology told police they feel safer, while 94% of respondents across all three police departments said they would recommend it to others.

At least 20 of England’s 43 police forces are coming together and sharing what they have been doing to curb domestic violence, as part of the UK’s strategy to tackle violence against women and girls.

Berry hopes other police departments will decide to implement the technology as well.

“I really hope other police forces see what we’re doing here in West Yorkshire. The more victims we can protect and make them feel safe in their own homes, the better. That’s the real success story here,” he says.

For years, SmartWater has been used to protect property and deter thieves when applied to high-value items.

When dry, the liquid is invisible to the naked eye, but glows fluorescent yellow under ultraviolet lamps and police flashlights.

If valuables are stolen and later recovered, their original owner can be traced after a sample is submitted for laboratory testing.

The technology has already halved thefts of catalytic converters (expensive auto parts), according to the National Council of Chiefs of Police.

But the application of technology to help combat domestic violence is new.

The convict, a man from Wakefield in West Yorkshire, was harassing his ex-partner and violating the restraining order which stipulated that he should leave her alone.

When he appeared and tried to enter the house, she sprayed the liquid spray from the window.

SmartWater helped authorities criminally prosecute the man as it placed him at the scene of the crime.

He was jailed for 24 weeks and given a two-year restraining order.

SmartWater is made up of a combination of rare elements that would never be found naturally anywhere else in the world — Photo: BBC

Rachael Oakley, director of SmartWater’s intelligence unit, says there is no room for doubt when it comes to using forensic markings as evidence, unlike other measures such as security cameras.

“SmartWater is made up of a combination of rare elements that would never be found naturally anywhere else in the world. Each bottle contains a different amount of these particles, and each batch is unique, which means we can categorically say which batch of liquid was found.”

“Our database is the link that points to that person.”