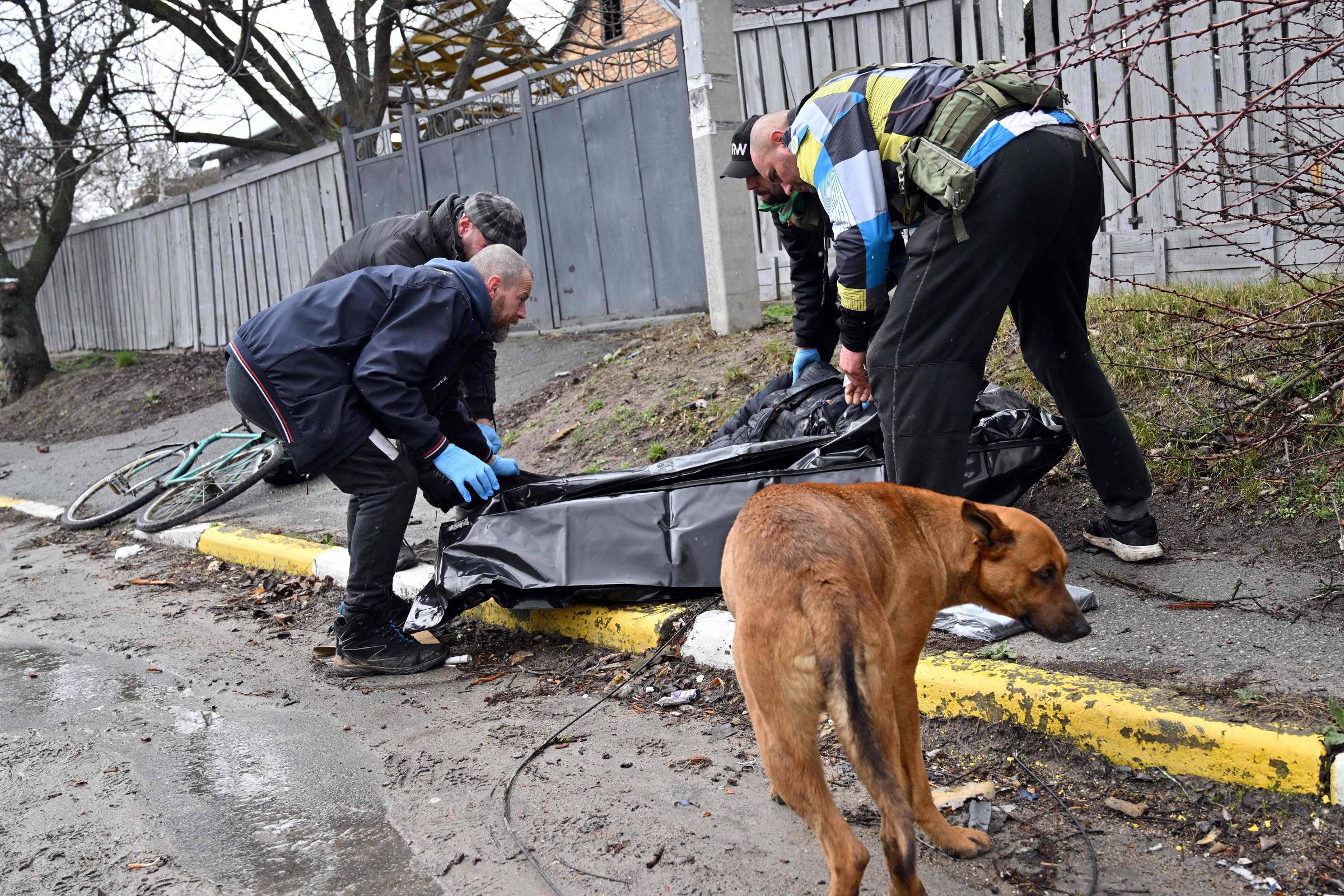 With the withdrawal of Russian troops from the Kiev region, Ukrainian forces found 410 dead bodies as they reoccupied previously besieged cities, Attorney General Irina Venediktova, who is investigating possible Russian war crimes in the country, said on Sunday.

According to her, 140 of these corpses have already been examined. The area inspected is the same where the body of Maks Levin, a Ukrainian photographer and cameraman who had been missing for three weeks, was found.

In Butcha alone, on the outskirts of the capital, the prefecture speaks of 280 bodies found in mass graves. Photographers and journalists at the scene recorded dozens of corpses dumped on the streets in a state of decomposition.

Russia denies attacking civilians and says Butcha’s images are “another provocation” by the Ukrainian government. The government says that Russian troops left the city on March 30, which would have been confirmed the next day by the mayor, but that the allegations of a massacre are only now emerging.

“Butcha’s photos and videos are another performance staged by the Kiev regime for Western media,” says the Kremlin.

Vladimir Putin’s government also said that the city’s exits were not blocked, that residents could move freely and use cell phones, and that the way was free for anyone who wanted to head north. “The southern outskirts of the city, including residential areas, were bombarded 24 hours a day by Ukrainian troops with large-caliber artillery, tanks and several rocket launchers,” the Moscow statement read.

The discovery of the bodies in Butcha also provoked reactions from European leaders and increased pressure on Russia.

“Shocked by the disturbing images of atrocities committed by the Russian army in the liberated Kiev region,” said European Council President Charles Michel. “The European Union is helping Ukraine and NGOs to gather the necessary evidence for action in international courts,” he said, adding that more sanctions against Russia are to come.

British Prime Minister Boris Johnson said the killings “are further proof that Putin and his army are committing war crimes in Ukraine”.

German Prime Minister Olaf Scholz used the same term: “We must shine full light on these crimes committed by the Russian army.”

Russia has been withdrawing troops from the Kiev region, and Ukraine said on Saturday that it has regained control of all areas around the capital and that it has full command of the region for the first time since the Russian invasion began on 24 December. February.

But the retaking of Butcha, after weeks of Russian control, opened up a devastating scenario, with bodies of men and women scattered across the city, some with their hands tied and many carrying white cloth, a signal to warn that they were civilians and were unarmed. In just one ditch, 57 bodies were discovered, according to city officials.

Ukrainian Foreign Minister Dmitro Kuleba called for more sanctions and called the episode a “deliberate massacre”. The president’s adviser, Mikhailo Podoliak, described the situation as “21st century hell.” “Bodies of men and women who died with their hands tied. The worst crimes of Nazism are back in Europe,” he said.

The Ukrainian government also claims that Russia has been spreading landmines in cities from which it is withdrawing troops. Ukraine’s emergency service said more than 1,500 explosives were found in one day during a search in the village of Dmitrivka, west of the capital.

Human Rights Watch released a statement on Sunday saying it had found “several cases of Russian military forces committing violations of the laws of war” in Russian-controlled regions such as the outskirts of the capital, as well as Chernihiv and Kharkiv.

“The cases we have documented represent unspeakable and deliberate cruelty and violence against Ukrainian civilians,” said Hugh Williamson, the organization’s director for Europe and Central Asia. “Rape, murder and other violent acts against persons in the custody of Russian forces must be investigated as war crimes,” he said. The report even accuses Russian soldiers of looting civilian property, including food, clothing and firewood.