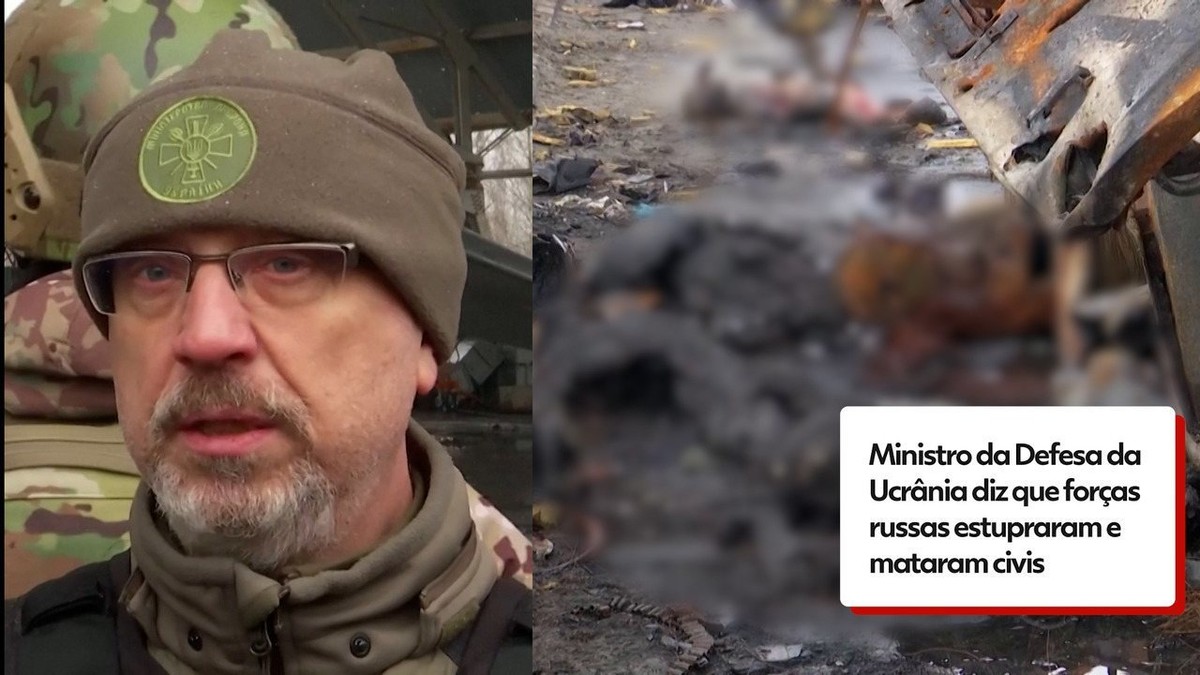 In an interview with Reuters, Reznikov said lawyers and government officials met on Saturday to discuss “war crimes” committed during Russia’s invasion of Ukraine.

He called for “new Nuremberg Trials” to be held – in reference to the courts that condemned Nazi crimes in World War II.

“This is not a special operation, this is not police action,” he said at a destroyed airport near Hostomel, in the Kiev region. “They are common racists, fascists, and they are inhumane, who simply committed crimes against civilians, raped, killed, shot in the back of the head. The whole world needs to know this.”

Civilian bodies are abandoned on the streets of the city of Bucha, Ukraine.

According to Ukraine’s attorney general, Iryna Venediktova, the bodies of 410 civilians were found around the capital Kiev. Many of these corpses were strewn across the streets of the city of Bucha after the Russian army retreated from the region.

The discovery of mass graves in the same city has raised serious questions about possible war crimes, the UN said on Sunday.

“I am deeply shocked by the images of civilians killed in Bucha,” said UN Secretary-General Antonio Guterres.

AFP reporters saw at least 20 bodies on just one street, all dressed in civilian clothes. Ukrainian officials said on Saturday that around 280 people were buried in mass graves.

“They were all shot,” commented the mayor of Bucha, Anatoly Fedoruk.

Bucha is 60km from the capital of Ukraine, Kiev — Photo: Arte g1

“This is actually genocide. The elimination of an entire nation and a people,” Zelenskiy told CBS’ “Face the Nation” news program.

Zelensky’s remarks come a day after Ukrainian forces retook the town of Bucha.

“We are citizens of Ukraine and we do not want to be subjugated to the politics of the Russian Federation. This is the reason why we are being destroyed and exterminated,” declared Zelensky.

A man is photographed next to a grave in Bucha, Ukraine — Photo: REUTERS/Mikhail Palinchak

“I think all military commanders, all those who gave instructions and orders should be punished properly,” he said.

The Russian Defense Ministry denied on Sunday that its forces had killed civilians in Bucha. It said in a statement that all Russian units had left the city on March 30, and that images and photographs showing dead bodies were “another provocation”.

Russia says its “special military operation” is aimed at degrading the Ukrainian military and is targeting military installations, not civilians.

Food maven. Unapologetic travel fanatic. MCU's fan. Infuriatingly humble creator. Award-winning pop culture ninja.
Previous Who are the commanders killed in the Ukraine war
Next Taxi service through the Uber platform will be expanded in Brazil