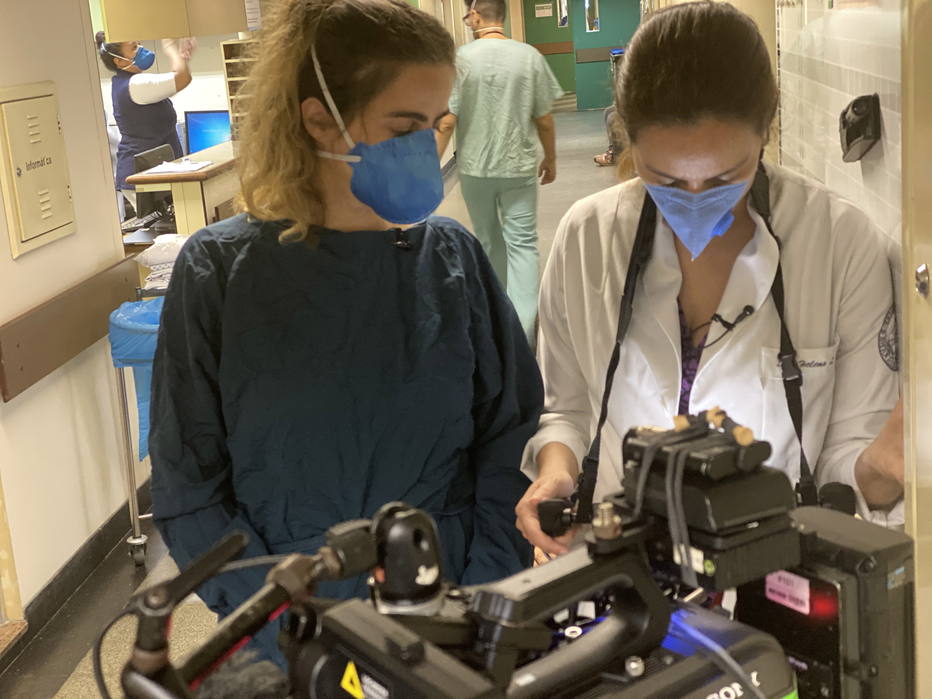 Jenni Smith April 4, 2022 Health Comments Off on ‘When Missing Air’ accompanies the front line of SUS at the worst moment of the pandemic 11 Views

In March 2020, infectious disease specialist Helena Petta had just become a mother, so she cannot work on the front line with her health colleagues as she wished. It was then that the idea of ​​skype recordings of SUS professionals who were risking their own lives in the pandemic came up.

They were stories of courage, overcoming and heroism at a time when the federal government maintained a denialist discourse.

The vaccine did not yet exist in October of that year, when Helena started the project of making a face-to-face documentary and went traveling around Brazil alongside her sister, actress and filmmakers Ana Petta, to shoot the feature. When there is no air which is one of the 7 selected among 80 productions in the competitive show of festival It’s All True.

The film was included in the Todos Pela Saúde program, a committee of permanent actions against the pandemic sponsored by Itaú and which brought together, among others, Drauzio Varella and Gonzalo Vecina. “We were afraid, like anyone else, but we felt that it was time to fulfill our role to build this memory, as well as the journalists who were on the front line,” Ana Petta told Estadão.

The film was shot in places that, at that time, were true war zones: in São Paulo, at Hospital das Clínicas, in Recife, at UBS in Morro da Conceição, in Pará, at Hospital Municipal de Castanhal, and with the health team of Igarapé Miri, in Salvador at the Lemos de Brito Penitentiary Complex and in Manaus, with the NGO SOS Funeral.

Ana and Helena, who had already worked together on Universal’s Unidade Básica series, this time debut as a directorial duo. It is worth remembering that the winner of the festival is automatically accredited to compete for the Oscar for Brazil.

“When the ritual of death was no longer possible and loneliness was a constant, it seemed essential to us to open the camera to the different times and dimensions involved in health care, bringing us closer to these professionals who were resisting one of the biggest health crises in history, in a country abandoned by its main ruler,” said Helena.

The film has the seal of production company Paranoid, of partners Heitor Dhalia and Egisto Betti. As all protocols were strictly followed, no one was contaminated during filming.

3 pm: Debate with the film’s team on the channel of É Tudo Verdade on Youtube

She's our PC girl, so anything is up to her. She is also responsible for the videos of Play Crazy Game, as well as giving a leg in the news.
Previous Russian soldiers die after eating bread poisoned by civilians
Next Does the habit of moderate drinking decrease the risks for the heart?