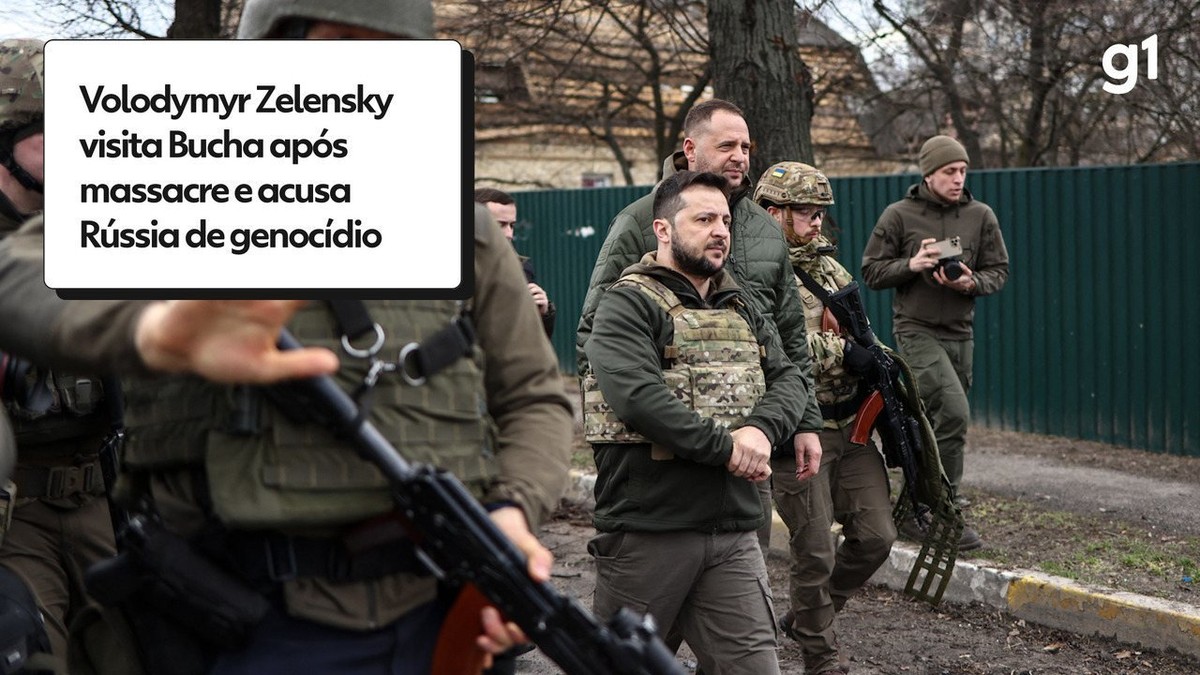 After a long period in central Kiev, the country’s capital, Zelensky briefly left the city to visit Bucha. After the visit he said the massacre would delay the peace negotiation process with Russia.

“These are war crimes and will be recognized by the world as genocide,” he said.

The Kremlin has denied any allegations related to the killing of civilians.

“We want to show the world what Russia has done. We want them to see what the Russian federation has done to peaceful Ukraine. It has to be shown that they were all civilians,” Zelensky told reporters.

After the release of the images of the attack, some representatives spoke for their countries.

Joe Biden, US president, during a conversation with journalists this Monday (4) – Photo: Andrew Harnik/Associated Press

US President Joe Biden has called for a war crimes trial against Russian President Vladimir Putin and said he would seek further sanctions after reports of atrocities in Ukraine.

“You saw what happened in Bucha. He is a war criminal,” Biden told reporters.

French President Emmanuel Macron has said a new round of sanctions on Russia will be needed after the attack on civilians in the Ukrainian city of Bucha.

“There are very clear clues that point to war crimes. It is more or less established that the Russian army is responsible. What happened in Bucha requires a new round of sanctions and very clear measures,” Macron told France Inter radio.

For the French president, the new sanctions should aim to hit Russian coal and oil.

Ukrainian Foreign Minister Dmitri Kuleba said the footage of the attack in Bucha is just the tip of the iceberg and that new similar cases will be found when other cities are recaptured.