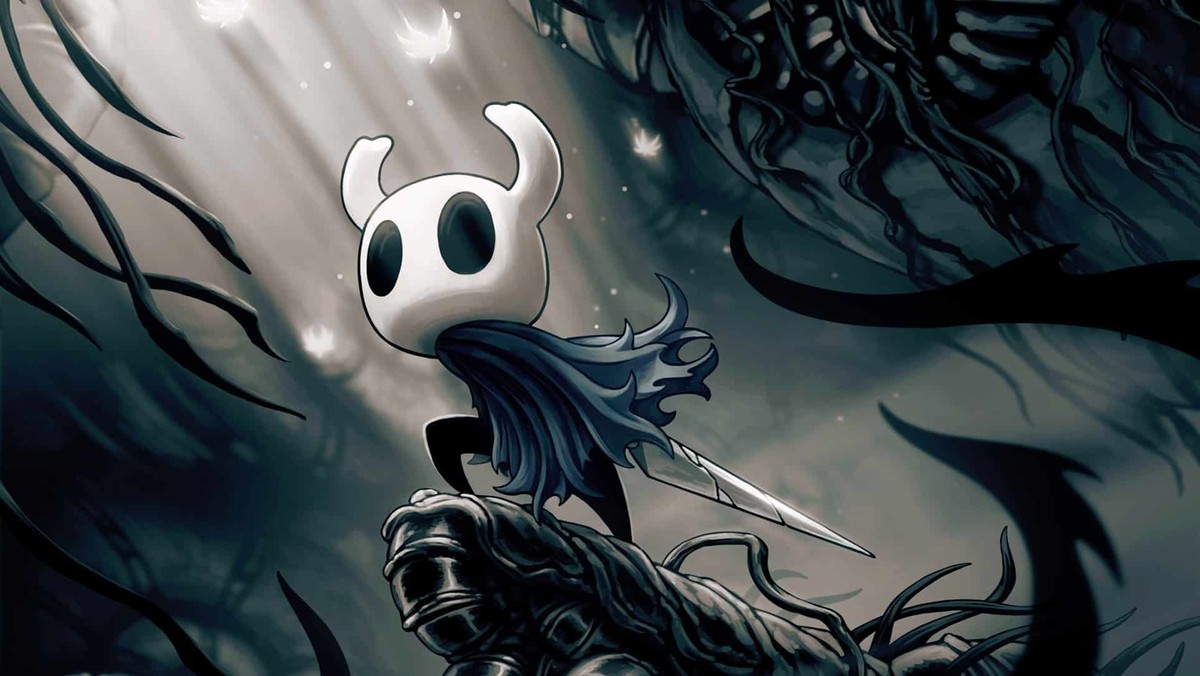 Hollow Knight, Hades, Life is Strange and Cuphead are games that won over critics and a large fan base. What not everyone knows, however, is that these games are examples of indie games, that is, developed by smaller studios, with less financial resources and greater creative freedom. Some indie titles are so successful that it’s easy to forget their modest beginnings, in some cases collecting major awards and even spawning new genres.

Disco Elysium, for example, was created by an Estonian writer. Celeste was developed by just two people and Among Us took years to become a well-known game, but it has already become an inspiration for different titles today. With that in mind, the TechTudo made a list of 10 famous games that are indie and many people don’t know. Check it out below:

Hollow Knight is a 2017 side-scroll metroidvania-style adventure game by Team Cherry that has been very well received by critics and players alike. In it, players take on the role of a small knight who stumbles upon a town suffering from a mysterious infection. Recognized for its high difficulty and praised for the combat, gameplay, story and rich universe in which the adventure takes place, Hollow Knight has sold over three million copies as of December 2020. On Metacritic, the game has an 85-point review by critics and 100 points for players.

The game won some awards in regional competitions and appeared among the finalists in the category of Best Debut Indie Game at the 2017 edition of The Game Awards, an event known as the “Oscars of the gaming industry”. With DLC packs available and a sequel already confirmed, Hollow Knight is available for PCs, PlayStation 4 (PS4), Xbox One and Nintendo Switch.

Conceived by Maddy Thorson and programmed together with Noel Berry, Celeste is a 2D adventure game that tells the story of a girl named Madeline on her journey up a mountain. But for that, she needs to face her demons. Great success of 2018, the game entered the list of the best of the year by many people and is recognized to this day because of its challenging gameplay, soundtrack and story full of emotion.

Available for PCs, PS4, Xbox One and Nintendo Switch, the title surpassed 1 million copies sold in 2019. Among the outstanding awards, the game was a finalist in the “Best of the Year” and “Best Music” categories. at The Game Awards 2018 and emerged victorious in the categories of “Best Independent Game of the Year” and “Impact Games”.

Hades is a great success of the roguelike genre — Photo: Disclosure / Supergiant Games

Hades is a rogue-like inspired by Greek mythology that appeared in 2020 for PC and Nintendo Switch. Later, the game won versions for PS4, PS5 and Xbox One and Xbox Series X/S platforms. In the game, the player assumes the role of Zagreus, who wants to escape the underworld and, for that, he will have to challenge the God of Death himself.

Competing in the “Game of the Year” category at The Game Awards, the Supergiant Games title has sold more than 1 million copies and was praised for aspects such as art direction and story, in addition to implementing the rogue-like style. .

Hades won the “Best Indie” and “Best Action” categories at The Game Awards 2020. On Metacritic, the title’s aggregate averages place it among one of the best games of the last decade: the score reaches 93 in the media’s evaluation. specialized and 100 – maximum score – in the popular criterion, and this is all regardless of the platform.

The charm of Cuphead’s art direction attracted many people and gave way to the emergence of an animated series on Netflix — Photo: Reproduction/Rafael Monteiro

Cuphead, a title made by Studio MDHR, has been a critical and public success since its launch as an exclusive for PCs and Xbox, back in 2017. Famous for the art direction that recovers the trace of classic animations and for the gameplay with a high level of difficulty, the game already has more than three million copies sold. The game ended up gaining version for Nintendo Switch, PS4, PS5 and even based on an animated series available on Netflix.

In the game, players follow the adventures of the brothers Cuphead and Mugman, who lost a bet with the devil and need to recover their souls. The mix of a unique aesthetic with gameplay that rewards precision and memory make the title something special and without much parallel in comparison. In terms of awards, Cuphead won 17 outstanding awards in the year of release. The most important of them are “Best Art Direction” and “Best Indie” in the 2017 edition of The Game Awards.

Among Us was a virtually anonymous game until 2020 — Photo: Reproduction/PlayStation

Among Us has a particularity in comparison with the games listed so far: instead of becoming an instant success, the game needed some time to conquer the public and become a fever. Originally available for Android, iPhone (iOS) and PCs, the creation of InnerSloth LLC has simple graphics and a multiplayer whose mission is to find out who is the imposter crewman on a spaceship.

The title only started to stand out in 2020, when streamers from Brazil and South Korea began to give space to the game on their channels. With the confinement due to the pandemic and the simple and accessible interaction even on cheap cell phones, the title ended up becoming a fever. “Best Mobile Game” of 2020, Among Us has sold more than 15 million copies, considering only PCs, and today has editions for PS4, PS5, Xbox One, Xbox Series X/S and Nintendo Switch consoles.

Stardew Valley can be deceiving with the simple presentation of retro-style graphics. However, behind the aesthetics runs an ambitious simulation RPG in which the player experiences a journey with no defined end. The game begins with the task of recovering a farm and allows the user to plant, create, explore, market their production and interact with NPCs, including being able to marry and have children.

Very well received on PC launch in 2016, the game sold 400,000 copies in just two weeks on the market, creating a legion of fans. The public interest was such that it encouraged the emergence of editions for cell phones and consoles. Today, the title is also available for PS4, PS5, Xbox One, Xbox Series X/S, Nintendo Switch, Android and iPhone (iOS). In terms of media recognition, Stardew Valley appeared as a finalist in several awards that year and is estimated to have sold over 15 million copies.

Outlast is not a game for those who are afraid of the dark — Photo: Disclosure / Sony

Outlast is a first-person horror game that stood out at the beginning of the PS4 and Xbox One generation. Named “The Best of E3” in 2013, the title was praised for the atmosphere, elements used to create a terrifying universe and the gameplay. The Red Barrels game ended up being a huge success with critics and audiences, which encouraged the release of Outlast 2 in 2017.

In the game, the player controls the actions of a journalist who goes to a psychiatric hospital targeted by several reports and mysterious episodes. The scary scenarios, the dark environments and the vulnerability of the player, who only has a camcorder as a “weapon”, made the title haunt many people. The title is available for PS4, PS5, Xbox One, Xbox Series X/S, Nintendo Switch and Android.

Inside, like Limbo, uses a gameplay that plays with the idea of ​​light and shadow — Photo: Disclosure/Playdead

Limbo and Inside are 2D puzzle and platform games created by Playdead. Both games build an oppressive environment in which the story and the end of the narrative are open to theories. In terms of presentation, both games masterfully use lighting, shadow and contrast effects to guide the player through the setting and to tell a story without cutscenes and dialogue.

Limbo, the older of the two, appeared on the Xbox 360 and was one of the platform’s best-selling digital games in its debut year. Inside, from 2016, would win for “Best Art Direction” and “Best Indie” at The Game Awards in the same year, in addition to having collected a huge list of nominations and wins in other prominent awards. The game went head-to-head with titles like Horizon Zero Dawn and The Legend of Zelda: Breath of the Wild, among others.

These days, both are available for PS4, PS5, Xbox One, Xbox Series X/S, Nintendo Switch, iPhone (iOS) and PCs. Limbo also has versions for PS3 and PS Vita, in addition to Xbox 360.

Life is Strange is a series of adventure-style games, with elements that go back to the traditional “point-and-click” and that won fans due to the immersive narrative and the soundtrack. In the game, the player assumes the role of Max Caughfield, a girl who discovers she has the power to go back in time when trying to prevent her childhood best friend Chloe Price from being shot.

The games in the series are highly rated on Metacritic, with high ratings in both audience and media criteria. Regarding the awards, the first title in the series took the “Best Impact Game” in 2015 (a feat repeated by Life is Strange: True Colors in 2021), in addition to being a finalist in the categories of best performance and narrative. The game is currently available for Android, iPhone (iOS) and PCs.

Disco Elysium is an adventure and role-playing game in which players have to solve a murder through different approaches — Photo: Reproduction/ZA/UM

Released in 2019 by ZA/UM, Disco Elysium is a narrative RPG that revolves around mature themes that discuss current reality. Created with a perspective that goes back to old isometric games, Disco Elysium presents an aesthetic of its own, evoking oil paintings, plenty of dialogue, character construction and player interaction with the story. In the game, the player assumes the role of a detective who seeks to unravel the mysteries of a city by interrogating its inhabitants and analyzing the places.

Originally created for PCs, the game ended up conquering critics and audiences, which led to adaptations for consoles. With a 91 rating on Metacritic, the game lined up awards in 2019: “Best Narrative”, “Best Indie Game”, “Best RPG” and best new indie game at The Game Awards, in addition to a series of nominations and wins in other awards from emphasis. The title is available for PS4, PS5, Xbox One, Xbox Series X/S, Nintendo Switch, in addition to PCs.

Raju has an exquisite taste. For him, video games are more than entertainment and he likes to discuss forms and art.
Previous mayor and family killed and buried in shallow grave – Metro World News Brasil
Next Due to young age, diagnosis of multiple myeloma took a while to arrive – 04/04/2022