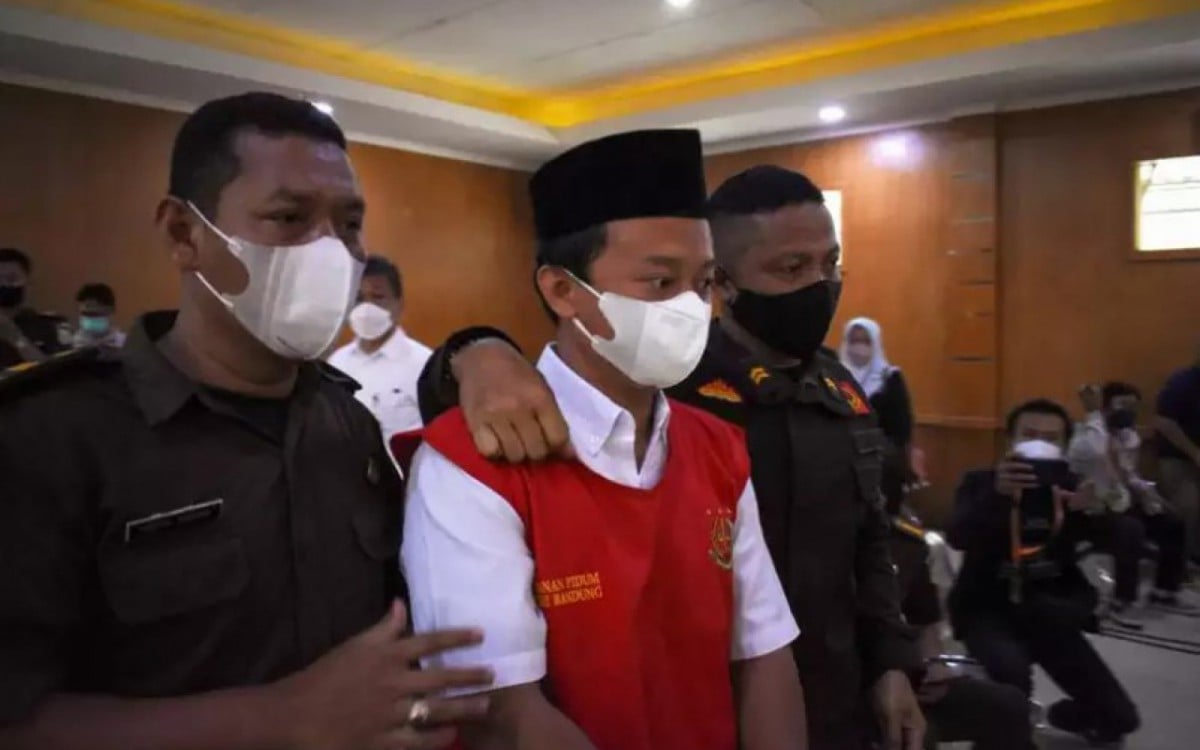 Man had received life imprisonment, but the prosecution filed an appeal asking for the death penaltyAFP

Initially, Herry was sentenced to life in prison in this case, which generated great interest and controversy over sexual abuse in religious schools. The Prosecutor’s Office, which demanded the death penalty, presented an appeal, which was upheld.

“We accept the prosecution’s appeal. The defendant is sentenced to death”, reads the sentence published today on the website of the High Court of Bandung, in the province of West Java.

Indonesia has suspended executions, with the last execution taking place in 2016.

Wirawan’s sexual abuse case was uncovered when the family of one of the victims reported him to police for raping and impregnating their teenage daughter last year.

During his trial, it was determined that the defendant raped his students over a period of five years. Eight of them became pregnant.

Indonesia has more than 25,000 Islamic boarding schools that house around five million students who live and study in these institutions.